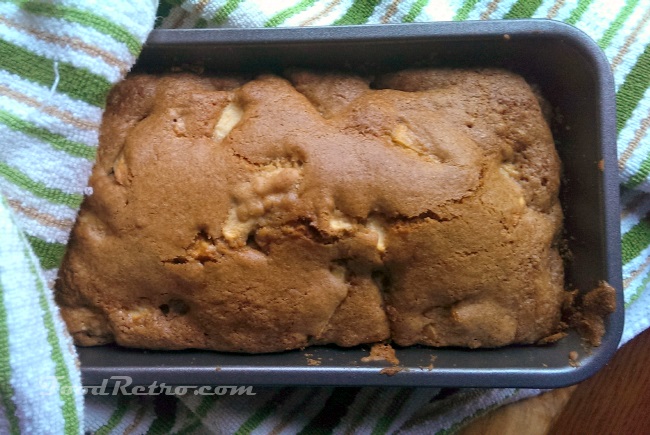 I was chastised by a friend a couple days ago when she made my recipe for stuffing bread. I didn’t say in the recipe to grease the pans, and she had bread that stuck.

In true “me” fashion, I’ve been performing a trick that I forgot wasn’t common knowledge, and therefore worthy of a blog post. I forgot that most people have an obsession with clean stuff whereas I, having gotten used to having a cast-iron wok and skillet, have actually found out that there is such a thing as having pots and pans that are too clean. Even when they’re supposedly “non-stick.”

The abrasive scouring of dishwasher detergent actually kills the surface of non-stick bakeware faster, making it more likely to stick over time even in spite of grease.  Next logical step is to hand-wash, right? Nope.

Let me let you in on a little secret: wash them when you buy them, grease them well when they’re clean just prior to baking (I usually use olive or flaxseed oil), and then go as long between washings as you can. When the pans start to look a little dry, give them a light coating of oil with your fingers, or just dress the lump of dough with a light coat of oil before putting it in the pan. When you must wash the pans, grease them well again before their first use.

Obviously there will be exceptions to the rule that will always require a wash-and-grease (ie Pyrex bakeware, “sticky” bread like banana), but for the most part, when you’re baking standard loaves of bread, you’ll actually find you get better results when you only dry-wipe the inside out between bakings.

If you’ve ever used cast-iron, you should be familiar with the concept of “seasoning” the cookware. In a nutshell, metal cooking surfaces have “pores” that expand and contract in the presence of heat and cold. When “seasoning” the metal, you should be filling these open pores with a high-grade oil that will polymerize, protect the metal, and also keep food from getting stuck.

Nonstick and steel bakeware won’t rust without a coat of “seasoning” the way cast iron will, BUT if you stop washing it after every use, you’ll still get better nonstick action. They won’t be as aesthetically pleasing as a spotless pan, but you’ll also use a lot less oil! In fact, depending on the recipe and whether you did a rising in an oiled bowl, you might not have to add any additional oil to your pan.

I should talk about seasoning cast iron too at some point, but that’s another post!