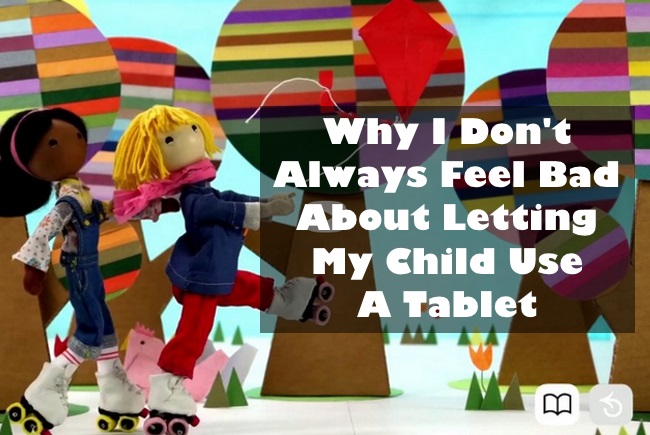 Lest you think that I’m some sort of backwards Luddite, I assure you that in this household we have an average of 2.3 computing devices per person, not including gaming consoles and smartphones. And even so, I’m in favour of limited screentime for kids and have butted heads with my son’s schools more than once over the idea of tablets in the classroom, replacing more traditional methods of teaching.

And like almost all things political, it’s this complex, many-headed hydra of a beast.

Do I think tablets are a bad thing? Well, no. But come on, man. They want to put an iPad in to the hands of every student… that’s 300-400 iPads per school, which (as all tech does, regardless of brand) has a limited lifespan, even assuming a Kindergartner never goes “Oops!” The thing that gets my righteous goat, however, is selling UNLIMITED SLICES of pizza to small kids to raise the money to buy them, for the love of Cthulhu.

What’s wrong with having them as shared and occasional use resources, ala computer lab? You remember the old addage, “everything in moderation”? Yes, this. And also, hello, parental involvement.

There’s billions of apps out there, and lots of crap that I wouldn’t let my child touch with a 10 foot pole, but every now and then a real diamond comes to the surface, and never is that more apparent than some of these interactive books/appisodes out there for kids that are really just… amazing.

I have to hand it to the tablet and smartphone industry… they sort of opened a sandbox, folded their hands and said, “let us play,” turning the gaming and (for lack of a better term) “other” software industries on their ears. While swiping is little better than mouse clicking in most mobile device content out there, clearly a few people had a good hard think about the cooler possibilities.

Imagine watching or reading a story, and being able to turn your fingertip into a flashlight to be able to search a “darkened” room, or navigate your way through different options and play memory matching games, or what have you? What if it’s well crafted, bright, cheerful, and beautifully-rendered?

Then you end up with an app like Windy and Friends. It’s an artistic, interactive book for Kindergartners based on the (printed) children’s books by Vancouver-based Emily Carr grads Judith Steedman and Robin Mitchell Cranfield, that tickles that soft spot in my heart for hand-crafted animation that I’ve been a sucker since Gumby. 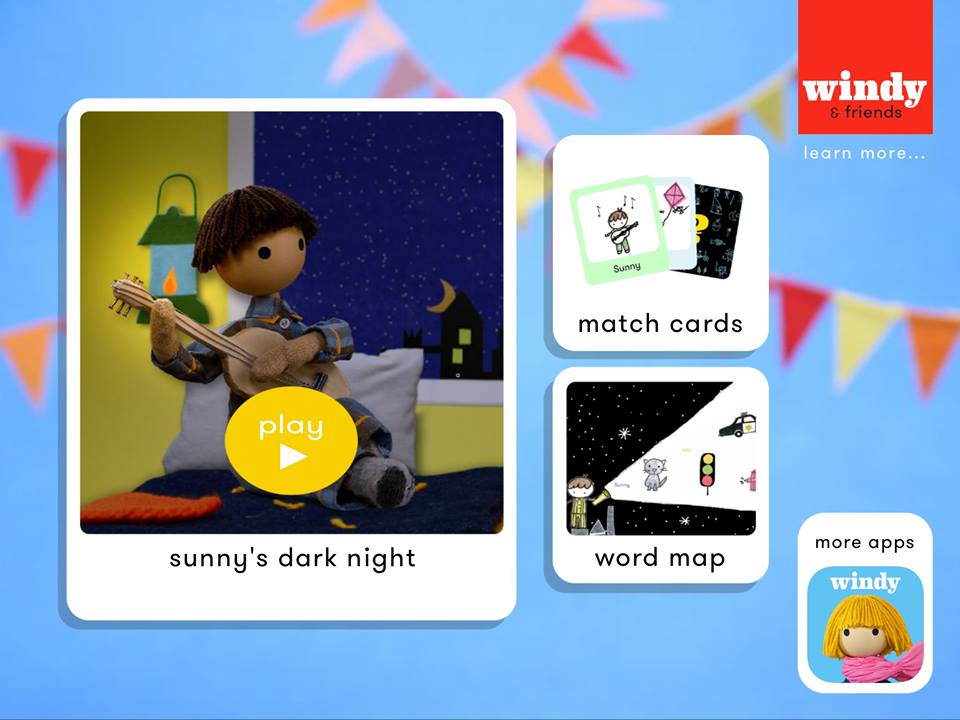 When you’ve got a creative play outlet like this, it doesn’t just turn kids into slobbering screen-zombies tapping at things randomly. They think as they interact. Then you have something that you don’t have to feel guilty about giving the kid the tablet as an electronic sitter for an hour while you’re occupied making dinner, or as you’re driving to the in-laws for Christmas. And then it encourages kids to put the iPad down and go create things that they saw while they were playing!

Hey, speaking of Christmas, Windy has an advent calendar, which is just about the cutest thing I’ve ever seen. If you’re enjoying their appisodes, and you can’t get enough for Christmas, then make sure you give it a look-see.

So cause I like promoting local and well made educational kid products, I’m giving away here a Windy bundle featuring Windy, Charlie Brown’s Christmas, Twas the Night Before Christmas, and a Windy e-card! Feel free to enter to win.

I’m glad that there’s still some places where technology, education, and entertainment can all meet halfway. I could wish that there were more of them, but at least the ones that I’ve got? They’re worth every penny.

Contest open to US and Canada. Must be 18+ to win and have a valid email address.

Disclaimer: I received a copy of Windy and Friends to give the app a try and host this giveaway. All opinions are my own.