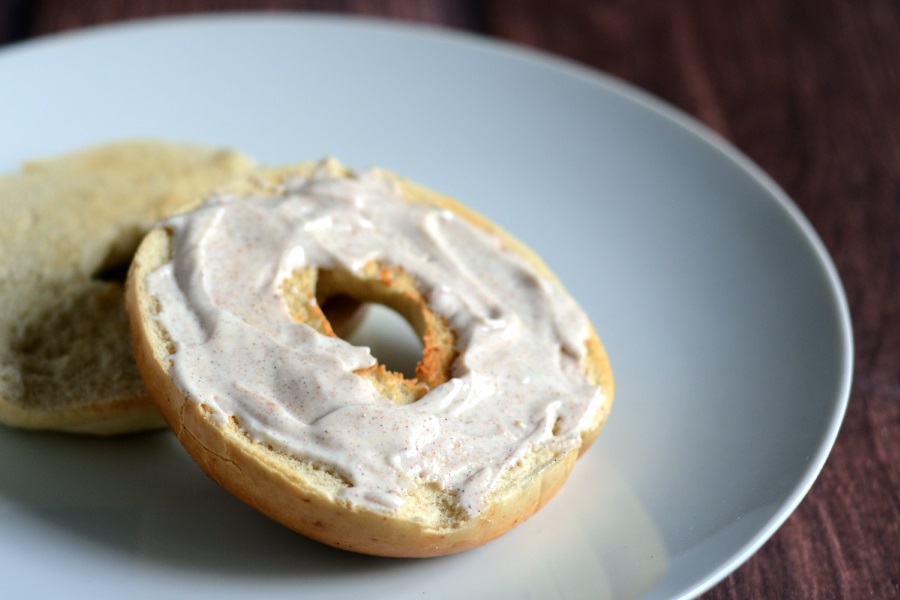 As I said in one of my previous posts (okay, maybe two), I’m a late-comer to appreciating cottage cheese. I don’t think I ever understood how versatile the product could be until I started messing around with it. You can substitute it for a lot of other cheeses like in lasagna, you can use it as a protein boost in things like smoothies rather than having to keep around whey or whey powder, or you can just give a low-fat cheesy boost to things, like these onion scones I made a while back.

I futzed before with Gay Lea’s Nordica Smooth Vanilla Bean Cottage Cheese when I made these high-protein gluten-free pancakes using oat flour. The results were pretty delicious, and the texture of the cottage cheese surprisingly creamy instead of the typical cottage cheese lumps. I mean, if you don’t believe me, just look at the photos of me using it as a bagel spread in lieu of cream cheese. 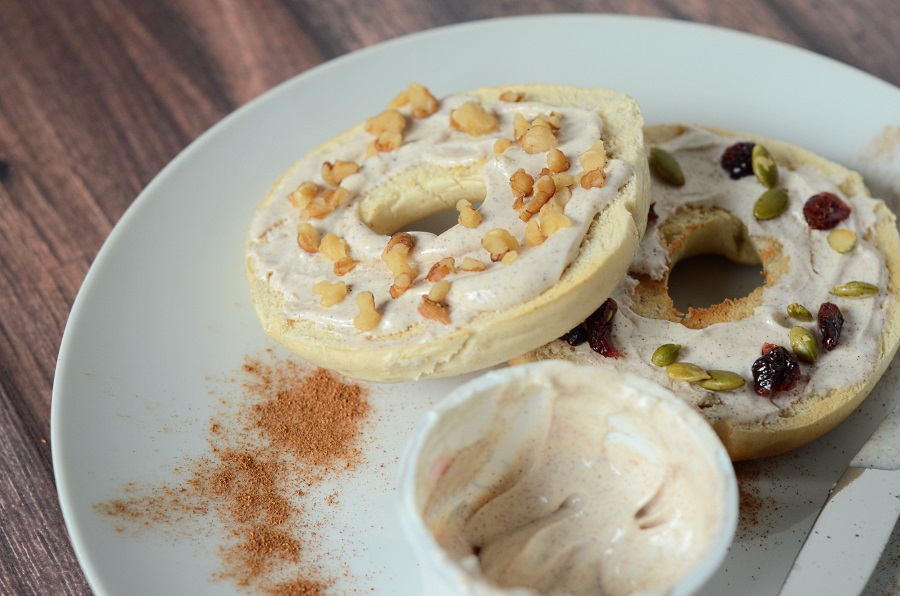 No blender, no nothing.

Well, I did toss in a pinch of my homemade pumpkin spice mix. And I used a knife to stir it. And… voila. Instant vanilla pumpkin spiced high-protein, low-calorie breakfast spread.

If you’ve ever used Weight Watchers, you might recognize this twist on the old 1967 Cottage Cheese Danish recipe (a slice of crisp toast, nonfat cottage cheese, vanilla extract, cinnamon, and sugar). I do love old recipes, but I’m in NO WAY going to pretend this is a danish, and I don’t see a need to sweeten this up. But of course, if you’ve got a sweet tooth, it’s an option. There was about 1/2 a teaspoon of sugar/substitute in 1/4 cup of the cottage cheese in the old WW recipe).

And it’s not as lumpy.

A cup of the smooth cottage cheese has about 10g of protein and 110 calories, and if you generously slather both bagel halves, you might use half of the serving cup (it’ll probably be more like a third). Wayyyy healthier than cream cheese or some other chocolate nutty spread.

Of course, just using the spread looks pretty boring, eh? But fortunately, you can jazz it up. And you can do it without breaking the caloric bank, too. Top it with a few pumpkin seeds, Craisins, or other nuts, and you’ve got a savoury or sweet (or both) breakfast that you haven’t had to commit to a huge jar of.

Go slow adding your pumpkin spice mix, especially if you’ve just made it or you’ve got a store bought one that has a lot of cloves in it. Mine was kind of on the old side and not as potent. I started at about 1/8 tsp in the cup and added from there. 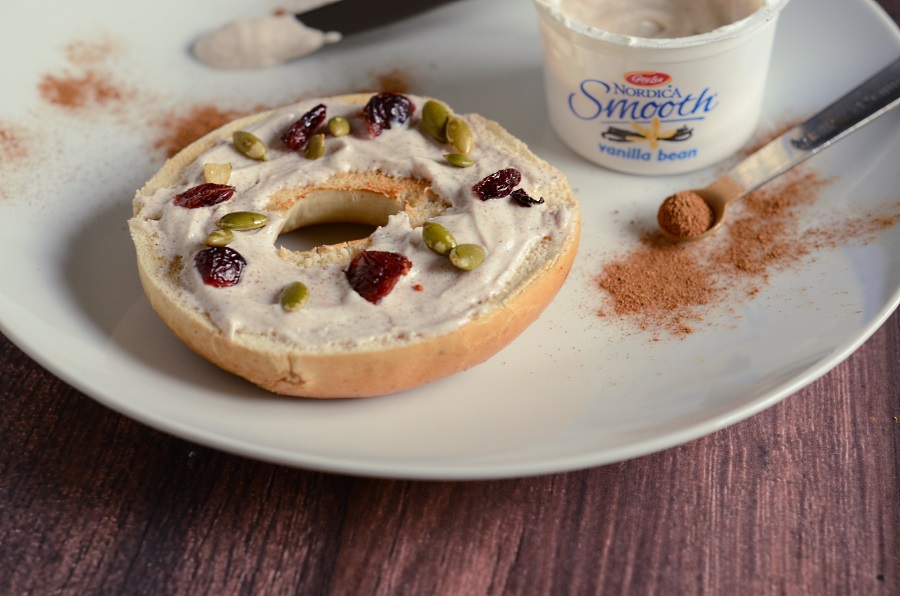 Gay Lea makes other flavours of smooth cottage cheese too, including lemon and salted caramel. Just in case you’ve got something against vanilla and cinnamon. Seriously, who can hate pumpkin spice, anyway?

Disclosure: I am part of the Gay Lea Ambassador Campaign and I receive special perks as part of my affiliation with this group. The opinions on this blog are my own.

« Will Your Child Be Canada’s Next Cartoonist?
5 Preserves That Don’t Require a Recipe »