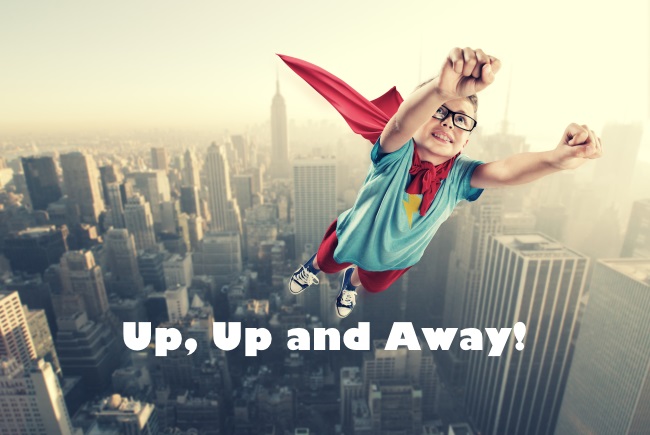 I’ve griped a lot about #NaBloPoMo although I don’t truly mean it in a truly negative sense. It’s like your kids… you love it, but it makes you crazy. Really crazy. Posting every day has been an uphill battle, and there’s been challenges, but there’s been some benefits too.

It probably hasn’t helped that this month has also been absolutely all over the place in every other sense of the word. Here’s a recap of some of the roller-coaster stuff that’s happened… both good and bad.

Good: The month started off with a bang and an invite (my first official business trip someplace, glee!) to Boiron’s Mom’s Brunch Club. I road tripped it up with my buddy JvO from You Pinspire Me and got to do some networking, plus I learned some cool stuff.

Bad: Hubby had to fly to Mexico the next week, leaving me a temporary single parent (albeit with less laundry to do), and that exact week was the week that I ended up having to drive to Toronto three more times. This was also the week that it was -10C and snowed every day, because Mother Nature thought I had some spare time to shovel the driveway since I wasn’t washing underwear. I also had nobody to stick my cold feet on at night. #sadface

Good: Those trips were to go do cool things, even if I did have to deal with Toronto traffic. 1) I went to the Ontario Science Centre and got to check the Brain exhibit out, 2) I got to go shopping at Yorkdale mall AND someone parked my car for me (but that’s a post for later, 3) the third trip meant I was picking up my hubby. 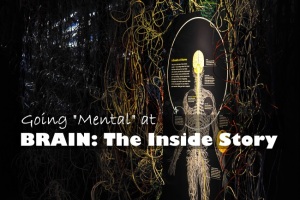 Better: I passed (and then way passed) the 10k page views/month milestone and loosened up my writing even more in some respects. Things that I thought people wouldn’t care about on FoodRetro have proven wildly popular, and have led to all sorts of crazy hijinx, like Post Foods engaging with me about the Grape Nuts post, the First Lady being tagged on Twitter, and strangers asking me about better ways to improve their search-ability on Google. Things are also finally clicking into place as I get vetted by networks, picked up as a consultant, and doing some photography work, hopefully meaning more regular income so I can continue doing the things I love without as many dry spells.

Ironically, this means two more trips to Toronto this month (I have driven to TO more this month than I have all last year), but it’ll be in good company!

Bad: While being a little bit less fussy has meant a flood of new views, I’ve had more than a few people think that my post about Michelle Obama is an invitation to hop on my blog, open a political diatribe about everything except student nutrition, and to call me a dirty liberal. This is inaccurate, because my political stance for the last 12 years has generally varied between “independent” and “who do I think is going to screw things up the least?” Also, my blog is PG and I frown upon swearing here. So, I may have been “liberal” with the delete button.

That was some political humor right there for ya, eh?

Good: I punched out in about 30 minutes the most wildly successful mini-viral post I’ve ever done, and in about a week it did 70k views on BLUNTmoms. It was syndicated by Huffington Post just last night (my first post there ever) and is doing mad shares on HuffPost Parents Facebook page today.

So if any of you want to know the value of good editing, well then you should know that even editors (like me) go to editors for review when we want to make sure we do well. Thanks to my fellow BLUNTmom editors Lynn Morrison, Magnolia Ripkin, and especially Kristen Mae for helping me ice pick at rough spots to ensure the post was both relatable and shareable. You ladies rock, and I love you.

Bad: It’s not giving me the thousands of views here on FoodRetro. Oh well, can’t win them all. 🙂

Good: I had a great conversation with Erica Ehm (super nice lady)and am now featured on YummyMummyClub as their newest (geek) food blogger (I’ll share the first recipe tomorrow). So at least three times a month, you’ll find me over there with recipes that are fast and easy for the busy parents of the world and the easily-intimidated-in-the-kitchen on “Dinner: It’s Not Rocket Science.”

Bad: Can’t think of much bad about this, as a blogger bent on conquering the world.

We’ve got 5 days left in the month.

Let’s see what else we can get up to.