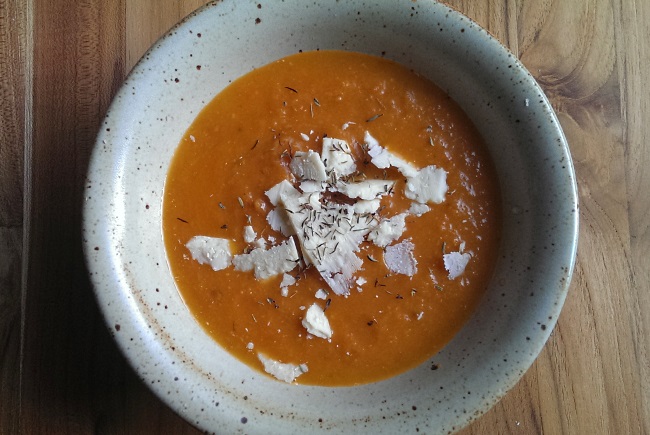 You may know that carrot, celery and onion make a great base for all kinds of soup and sauces. Did you know the mixture has a specific name? It’s called Mirepoix (meer-pwah) after the French Duke of Mirepoix. Common standard then in French cooking for the moniker to come from the aristocratic patron; the Duke was no chef, it was his (forgotten) cook who is credited with the mixture.

I love roasted tomatoes and the caramelized bite that roasting gives, but until recently I had no love for the fennel bulb and that harsh, licorice-like taste. My willingness to play with it some more I owe entirely to the 2013 Soupfest, which had a participating restaurant that featured a lovely tomato-bacon-fennel soup. I wish I could remember who it was. Well regardless, almost a year later, I still remember the taste of the soup, and I knew I was going to try to replicate it one day. 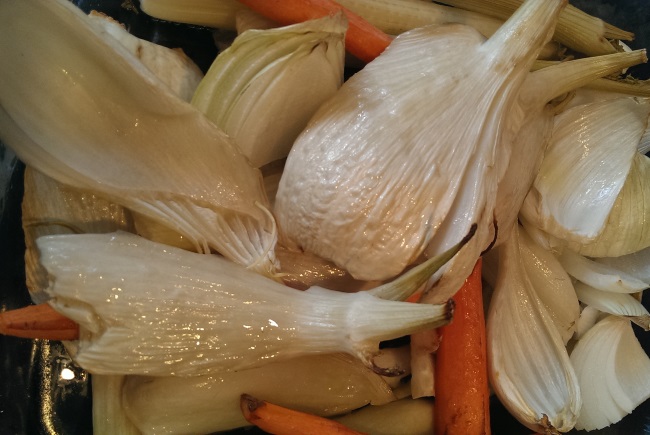 Roasting fennel gives it a kick in the pants that makes the taste of it more nutty and complex, muting that intense anise flavour. If you didn’t know, roasting makes everything more awesome. A few drops of liquid smoke, a little bacon and a garnish of Asiago give you a robust, smoky tomato soup that goes great with a grilled cheese for a rustic winter lunch. 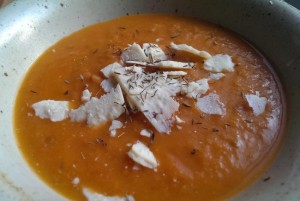 The tomatoes may take a little while longer to roast than the vegetables, just remove the veggies early and let the tomatoes continue to roast. If you do not like the texture that leaving the skin and seed pulp in the blended mixture gives, you can make a smoother soup by filtering the fibrous materials out through cheesecloth.

A little liquid smoke goes a long way, so be conservative at the start with a few drops, especially if your bacon is already flavoured with smoke.