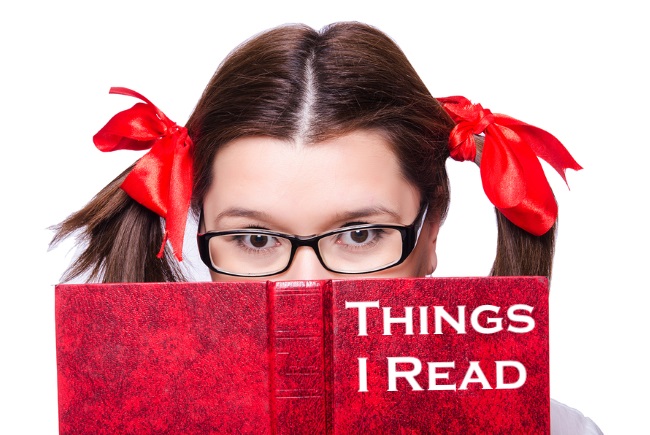 Welcome to my inaugural #ThingsIReadThursday, because regular things like this are going to help me get through this NaBloPoMo challenge between recipe creation and my other work.

I spend a ton of time reading on a bunch of different subjects every day, and sometimes I troll through some really interesting stuff. So it seems like it’s only fair that I share some of it.

It seems like we might see a reverse-aging pill before too long! It’s showing some promising results in mice.

Reality TV isn’t dying fast enough, so Discovery is putting a man in a special suit and letting an anaconda eat him. Oh, what some people won’t do for five minutes of fame?

Now that Ridley Scott has totally disappointed me, unforgivably, forever, with Prometheus, I’ve been freaking out waiting for Christopher Nolan to salvage the entire Hollywood SF industry with Interstellar. I bet $10 now that it incorporates something about the relatively new theory from the Perimeter Institute that INSTEAD of the big bang, everything in our 3-dimensional universe popped into our existence after a 4th dimensional star imploded and sucked itself through the resulting 4D black hole. If you want to leak brains everywhere with the imaginings, go read more about that here.

But anyway, Interstellar comes out this weekend. CAN’T WAIT. And my husband said this review is very very good, but I find I keep shying away from reading gushing reviews. In fact, I haven’t really read anything about Interstellar at all, which means that they’re keeping the lid locked down tight. In film, traditionally that’s either really great or really bad news. I hate getting my hopes up and having them shot down. Much better to go in with zero expectations, which is exactly what I did when I watched Fight Club fifteen years ago and had my mind blown then too.

If you’ve been hiding under a rock and haven’t seen the best remix of Space Oddity ever (sorry David Bowie, it’s Chris Hadfield’s song now), you should go watch it. Right now. If you have watched it, then something you might not know: apparently Hadfield’s farewell to the ISS was down off YouTube for a while while lawyers were busy freaking out about who owned the rights to intellectual property in space. Happily they appear to have sorted that all out… at least as far as David Bowie and Hadfield go.

Also, apparently Florida has made it a crime to feed homeless people. This crime is so heinous that they are threatening to throw a 90 year old man (who runs a soup kitchen, no less) in jail.  I’m so glad I moved away from there.

Stuff about my friends…

My friend Tiffany over at MyDirt is suffering the agony of waiting for more test results, fearing a relapse of her cancer.

Another friend of mine, Brooke, was griping hilariously about becoming uncool in her old age.

And I learned that Mel Brooks used to conduct his own sort of psychological warfare during WWII. Apparently he liked to set up his own sound system and blast Al Jolson at the Nazis. Now that’s stone cold.