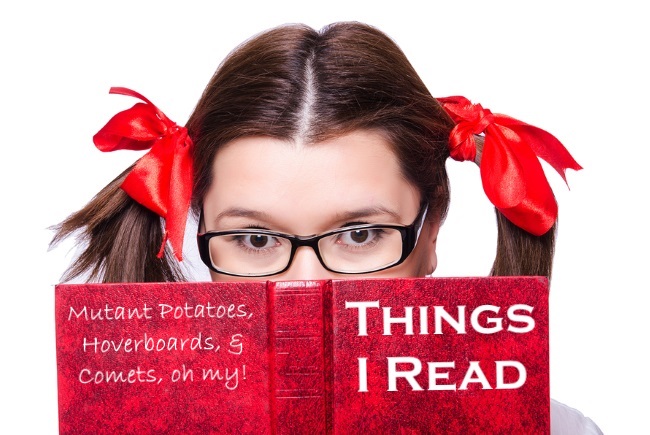 Because my brain sometimes comes up with weird associations, as I sit here, writing about Things I Read, for some reason I have the Masterpiece Theatre theme song playing in the back of my head. And then I free-flow to how Sesame Street used to have a parody spoof, with Cookie Monster, which got all of the old-school Sesame Street episodes labeled as Inappropriate for Children, mostly because he had a pipe. Never you mind that this was easily explained away to my child with the simple sentence, “they didn’t understand that smoking was very bad for them a long time ago when this was made,” and my then-toddler nodded sagely, because he was three and hadn’t yet left the phase of “mommy still knows what she’s talking about.”

Anyway, none of this really makes any sense, but there it is. What the heck, brain? I am mentally humming along to PBS. And now maybe you are too, and now I have a theme song for Things I Read.

Back on point… this week I read about:

I’m actually not adverse to the idea of genetic modification. As a science fiction fan, I actually believe that genetically modifying ourselves and other things is going to be the only way we’ll be able to evolve as a species and leave the planet. Let’s face it… it’d be way easier to make changes to us and our biology than to search far and wide for planets that come near to what we need… and then terraform the environment the rest of the way to get it livable. I mean, heck, we can’t even fix the damage that we’re doing to our own atmosphere right now. But let’s be clear, I am adverse to reckless genetic tinkering, tinkering for the sole purpose of profiteering, and sloppy science and testing.

I actually could fill pages and pages about problems wth GMO, but let’s get to the big one: the Scientific American published an article in 2009 revealing that “Scientists must ask corporations for permission before publishing independent research on genetically modified crops.” To my best knowledge, this is still true. What does that mean? This means that if the testing comes back unfavourably, the companies can quash the publication. The only say-so that the genetically modified foods that fill up grocery stores are safe come from the company making them. That’s what we in the know like to call a “conflict of interest.” And that’s why my opinion on GMO crops and some of the big agricultural biotech is less than favorable.

Anyway. We still can’t get the gen on the GMO crops that we got, although there’s some pretty scary rumors about what it could be doing to us (as well as animals that we eat) and now the U.S.D.A., which obviously doesn’t give a rats patoot about any independent research, has okayed one that will be a whole lot harder to identify and avoid. Meet your new french fry potato. Long term human testing done? Nope. Come on, people who are fighting the GMO labeling laws, do you really want to be a guinea pig? And even if it is absolutely 100% safe, which doesn’t look proven to me, did we learn no lessons about the value in crop diversity from the Irish Potato Famine?

Surprise! A common drug that’s already been around the block for a while as a treatment for blood pressure is also showing signs of completely reversing Type 1 diabetes in animals.  Since verapamil has been in use long enough to be generic, at least we know that it’s already passed human safety trials. Whether it’ll reverse diabetes in humans is another matter, but at least it shouldn’t take decades to find out. Trials on diabetics begin next year.

From improved testing, to prevention of metastasis, to precision targeting of chemotherapy and lasers, there’s a pile of new tech coming down the pipe for cancer. About time.

That SOMEbody on our planet is still doing cool space stuff…

I don’t know why I didn’t hear about this until like the day before, but the European Space Agency is landed on a comet. COOL. Actually by the time you read this article, it should have already have happened… it was supposed to land sometime around 16:00 hrs GMT on 11/12. And there is/was a live webcast at 19:00 hrs (I presume it will be recorded and saved for posterity somewhere). Here’s an image from the lander, by the way, but heck if I can tell what it is I’m looking at… 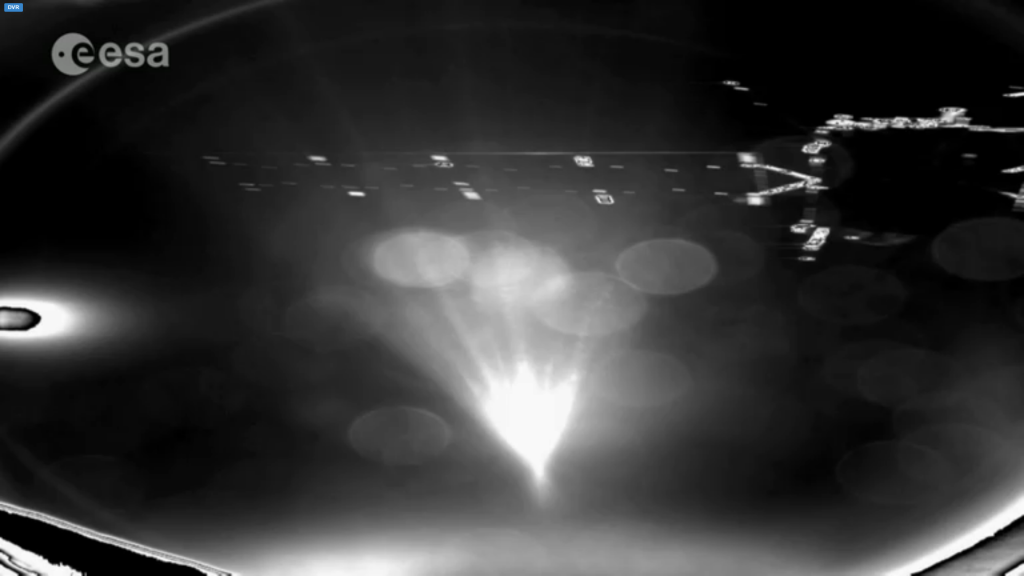 In other space news I didn’t know about, the US put a nuclear reactor in orbit in 1965 that screwed up after a mere 43 days and was left to orbit the Earth for an estimated 4,000 years.

That there were some awesome Canadians in WWII…

Yeah, I didn’t write a post about Remembrance Day (sorry), but I didn’t forget. I pulled a post out of drafts, scheduled it, and instead spent the entire day reading about some of history’s most manliest manly men over on www.badassoftheweek.com (NSFW). You probably don’t want to go over to this site if you are offended easily by swear words or are browsing from your work desk, but if neither one of those applies, then go over there and look up Leo Major, David Vivian Curie and Tommy Prince.

If you’re at work, then I’ll just leave you with this very small excerpt about Leo Major from BAOTW: Major’s first larger-than-life action came during the Battle of the Scheldt in the Netherlands in late 1944.  Major and his best friend (a lumberjack named Willy, because when you’re a hardcore Canadian you’re more or less obligated to be best friends with a lumberjack commando) went out to scout a town and figure out what the hell happened to a company of Canadian infantry that had failed to return from a reconnaissance mission.  Major went into the town, discovered that the company had been captured, and then single-handedly captured the entire enemy garrison by running up and down guard posts jamming his rifle in peoples’ faces and screaming at them.  He returned to the Allied camp with 93 German prisoners in tow.

They sure don’t make em like they used to. If you disagree with me, then just try to imagine Justin Beiber doing this.

I’ve read some cool things from my friends…

Cyn Gagen’s #NaBloPoMo post about being forced onto welfare instead of the maternity benefits she deserved by tragic coincidence is a great reminder that not everyone deserves snap and callous judgement about receiving social benefits. Are you listening, Florida?

One of my mentors and BLUNTmom Editor in Chief, Magnolia Ripkin, did a funny but honest list of things you should and shouldn’t do when trying to go back into the workforce on Huffpo. I love Magnolia. She’s my mamabear, role model, and an awesome editor. I hope I kick as much butt and take as many names as she does, someday. PS. Go follow her on Facebook.

Jennifer vanOosten comes in (too late for my sanity) with a neat DIY reward system for quelling those terrible twos.

And other random stuff…

Reason #987,523 that the American healthcare system desperately needs some overhauling: woman who was unconscious and dying of cardiac arrest when she was taken by ambulance to a hospital survived and got a $50,000+ bill… because that wasn’t the hospital her insurance would pay for. I guess if you live stateside, you better invest in a medic-alert bracelet listing the hospitals that you’re insured at. The hospital says that the important thing is that her life was saved, but literally… at what cost? Bankruptcy or crippling financial debt for the rest of her family’s existence? Welcome to the new feudalism. We got words for this… it’s called debt slavery.

Have you been one of those people grumbling that the future’s holding out on your hoverboard? Well guess what. There’s some people bound and determined to let you release your inner Marty McFly… even if it has to be done on a special surface.

And speaking of BLUNTmoms, I’ve actually on two separate occasions this past week been required to look up synonyms for the word “fart” for these ladies. I don’t know how so many brilliant but crude writers can be afraid of putting this word in their search histories. So may as well make use of my elite Googling powers (Dear Google, it’s not me, it’s them. KTHXBAI).