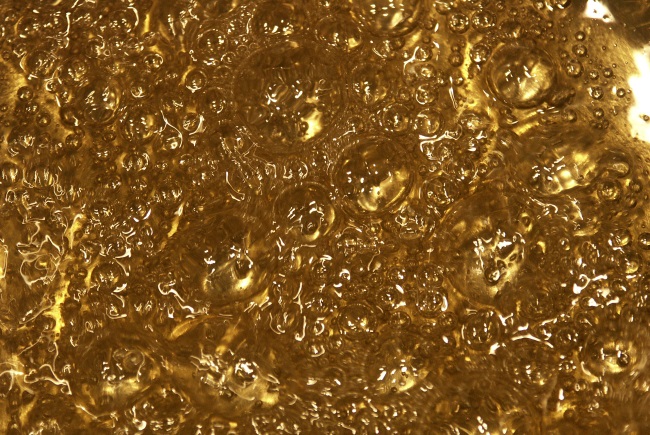 It started as an innocent enough question from an Eastern Sea-boarder on my Facebook page: Why does bad weather affect things when I make candy?

I assumed she meant the humidity was changing things. After all, the boiling process of a sugar syrup reduces the amount of water. I knew that after it cools a certain amount and stops evaporating moisture out, the candy can start reabsorbing it from the air on a muggy day (which incidentally can make your candy softer than it ought to be). But no, she said, things take a lot less time and her brittle burns on stormy days.

My first thought was: IT DOES? (Okay, I admit it, I don’t make candy with enough regularity to notice such patterns). I was intrigued enough to start looking it up. Well, it turns out, IT DOES!

The boiling temperature for water is 212F (100C) at sea level. Incidentally, this is always a good thing for candy makers to know because it’s a handy way to find out how inaccurate a candy thermometer is (they always are). You put your pot of water on, immerse your clipped-on thermometer to a depth of two inches, get it to a boil, and wait for three minutes. Whatever temperature your thermometer reads, the difference between that figure and 212F is how much you need to add or subtract to the desired temperature. To give an example, if your thermometer was reading 215F at boiling (three degrees higher), then “soft ball” really begins at 238F instead of 235F on your thermometer.

When bad weather approaches, not only can the humidity rise, but atmospheric pressure changes, and this pressure change can be observed using a tool called a barometer. I can’t remember the last time I saw a barometer around, but those of us who have been around long enough should remember that the falling of the barometer usually predicts an oncoming storm.

Now what, you might be asking me, does that have to do with boiling points or candy-making?

People who have to adjust their cooking for altitude are familiar with this phenomena already: the higher you are, the lower the boiling point of water, and the longer it takes to cook something to temperature as a result unless you use a pressure cooker. The reason the boiling point changes is because the air pressure at altitude is considerably less than it is at sea level.  Low pressure systems, like heavy rain or high and warm winds, can mimic the effects of altitude.

It’s a bit of an oversimplification, but in a nutshell, less vapour pressure created by heat is needed to overcome the atmospheric pressure on the surface of your water when you’re at altitude, or the barometer is low. So steam escapes, and boiling occurs, at a lower temperature. It certainly affects how quickly the water in the syrup evaporates when the same amount of heat is applied!

Since it’s difficult to predict how much of an impact bad weather can have on your work, for best results, choose a clear, cool, dry day for your candy making. Why cool? Cause fast cooling minimizes the growth of unwanted crystals.

Thanks, Phoebe, for asking interesting questions!