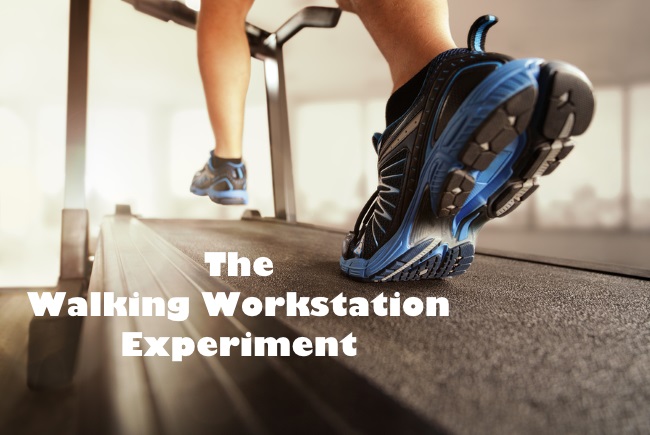 I’m one of those people who hate the idea of a standardized exercise routine. I hate the repetitiveness. I hate having to carve a hole out in my day and to schedule it in. I hate having to figure out plans and goals and all the effort about it.

Sweating. Jumping. Running in place like a gerbil on a hamster wheel.

I like the idea of being fit. I like the idea of doing physical things that I enjoy doing. However doing a lot of the good physical activities that I enjoyed doing are impractical in the winter (rollerblading), require me to pay a lot of money (equipment for team sports), or make me have to go someplace in a tightly-scheduled time-slot (see above).

I’ve had a treadmill for years. I use it intermittently, but not nearly as often as my husband (see gerbil on hamster wheel). I mean, it’s OK. I put on a movie and walk and concentrate on that instead of how much I hate doing the standardized exercise routine, but my relatively short jaunts aren’t very good exercise–I am not ready to try jogging–and to do anything longer carves a pretty large hole in my workday.

Hubby was telling me about the walking and standing workstations, which I’ve heard about before but had previously dismissed as crazy-talk. How can one walk and be productive? Even walking meditation takes tons of practice, and for all intents and purposes, the only thing you’re trying to accomplish when doing a walking meditation is to not use your brain (at least, not more than you have to to avoid walking into a tree).

But whatever, for the sake of better health, I figured it was worth a try. It takes a toll when I work long days. My back hurts. My hip flexors are tight. I get sciatica. I do sit an awful lot–being a blogger/writer/social media person/editor/etc. is a desk job. All desk job. Except for when I’m fussing with food to take pictures… or making it.

Hubs showed me these giant desk-things which make a person stand in the bottom third of the treadmill ramp (bad) or hang over the top of the console, rendering it unusable and impossible to type on the laptop (worse). And given that I didn’t even know if I’d like doing this thing, dropping a few hundred bucks on something that would require a re-arrangement of our entire workout room seemed lame.

So I went into the garage and grabbed two pieces of leftover hardwood floor. It was a super-high-tech solution to a very simple question: will I even be able to handle working and walking? Will I want to? 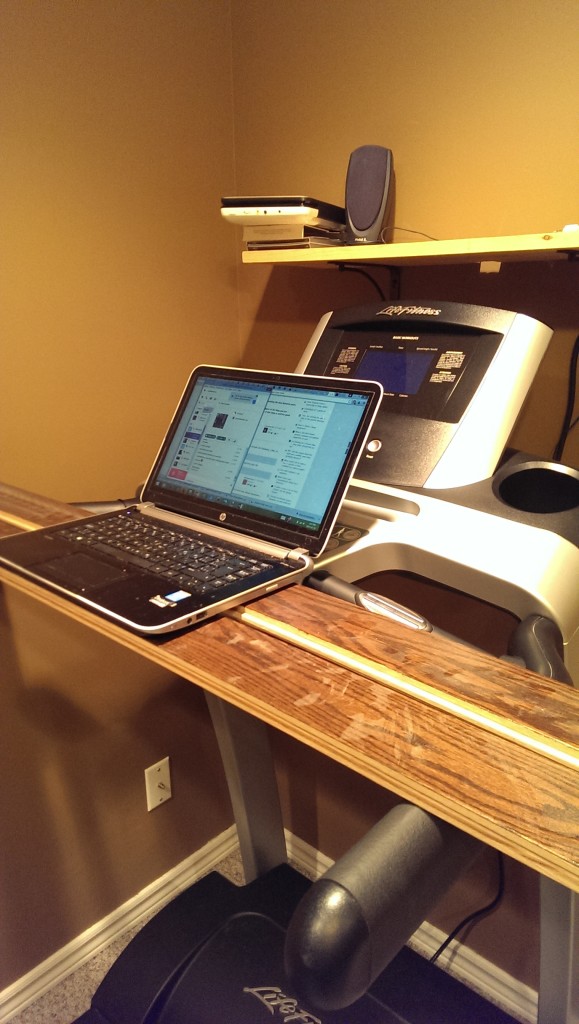 I dusted off the pieces of flooring after I took the photo, by the way.

Amazingly enough… the answer seemed to be: yes. At speeds of about 2mph–a sedate, hall-strolling speed with a 1% incline–typing is still possible. My laptop feels like it sits a little bit low… I think it should sit another inch higher to keep from resting my wrists on it at a weird angle.

What I didn’t expect was for this to feel… comfortable.

I walked and worked for 90 minutes. I had forgotten I was even walking after the first two minutes. By the time the timer ran out, I felt like I could keep on going, but decided to take it slow in case my feet were lying to me about potential blisters.

If you want the truth, about an hour in, I had gotten a walker’s euphoria going–something I thought was only possible for joggers. I felt so great… like getting on Twitter and making friends and reaching out and hugging strangers.

I didn’t feel like I needed more caffeine. I wasn’t starving. I wasn’t sweating. And the best part is that I had the highest calorie burn I’ve ever had in a measured workout with the least amount of angst and desire to quit.

I think I might actually build something that fits across the handles a little better than a couple floorboards.

« Once Upon a Time, I Wanted to Write Books
Unconventional Freezeable Foods for the Fabulously Frugal »