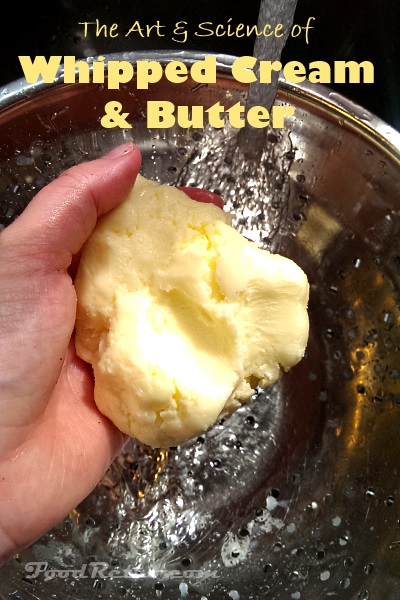 Have you ever wondered about how cream turns into butter, or why whipped cream and butter are different?

I was thinking about post ideas, when someone said “have you done butter yet?” No, I haven’t done butter. Butter is gradeschool Homesteading 101, and everybody’s got a post on how to make butter. “Yes,” says my friend. “But not everybody explains how it works.”

Well, touché, friend, touché. Stand back, I’m going to try science! (Someone really needs to buy me this T-shirt).

If you read my post about making ricotta cheese on your stovetop, then you know that milk is composed mostly of water, lactose (milk sugar), proteins, and fats. Cheese is an (eventual) product that starts with a chemical reaction that involves the proteins in milk. Butter and whipped cream, on the other hand, are all about the fat. 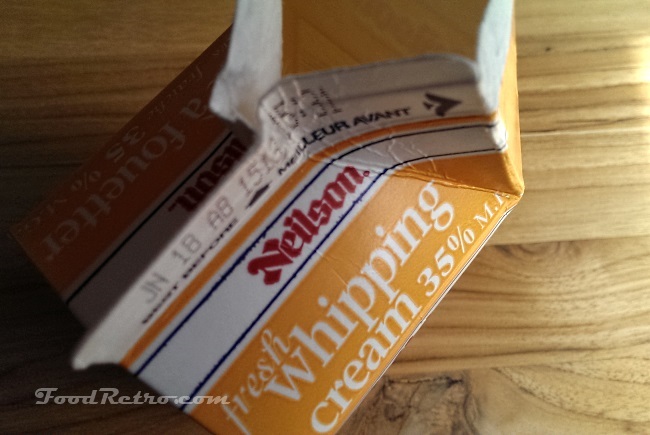 Butter and whipped cream are both made from cream, and cream is the high-fat milk product that results when you let fresh milk (that is, not homogenized and fresh straight from the cow) sit until it separates, the less-dense fat molecules rising to the top, like ice in a glass. Once the cream separates out, it can be skimmed off and go on its merry way to become table cream, whipping cream, butter, and all sorts of uber-rich goodness.

If you ever wondered what homogenized actually means, it literally means to make the same throughout; the prefix “homo-” from the word Greek word that means “same.” In the case of milk, milk solids are broken down into parts small enough to make a consistent liquid that doesn’t separate. 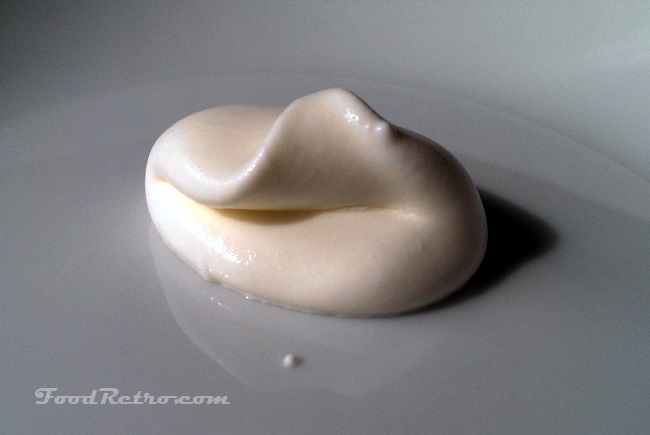 But what’s really happening, at the molecular level?

The fats in milk that will eventually make up your butter are triglycerides. Try to envision them as an egg sitting in water: the reason they’re suspended in milk is that the triglycerides (the inside part of the egg metaphor) is encapsulated by a thin shell made up of a bit of protein, cholesterol, and molecules called phospholipids. It’s the phospholipid’s unique structure–a “head” that is hydrophilic (water-attracting) and a tail that is hydrophobic (water-repelling)–that causes it to form a triple-layer bond that keeps the triglycerides floating around in their little egg shapes, separate from the liquid water in milk and one another. 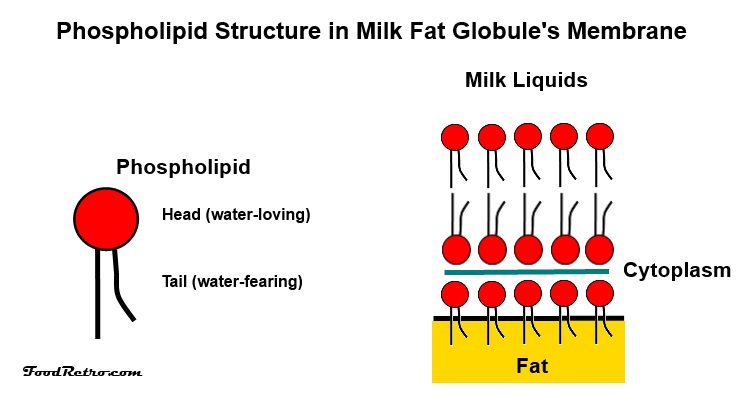 So–how does a high-fat liquid become a solid? Most people only know that a lot of agitation is involved and there’s lots of different examples on the internet; you can churn it, you can beat it into submission with a stand mixer, you can pour it into a jar and pretend you’ve got maracas.

In a nutshell: when you do enough collateral damage to the phospholipid shell around the fatty molecule, the triglycerides inside will begin to stick to one another, forming larger and larger molecular clumps the longer you agitate them.

So if you shake a little while, you get a thick whipped cream. If you keep going, the clumps begin to become so large that the majority of the water is pushed out, and you get butter (most of the fat stuck together) and buttermilk (the water and everything else). 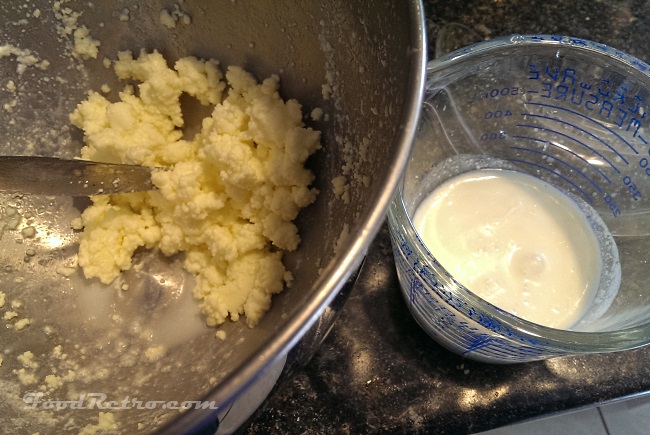 Is that really all there is to it? Pretty much! The only other difference is what you decide to put in them.

Make the cream delicious to your tastes and have at the beating of it. If you’re doing this in a jar (~5m of hard shaking), you can make smaller amounts. If you’re doing it with a mixer (~1-2m of blending), you’ll need a minimum of one cup, probably two, and it’s likely to spatter and make a mess (you’ve been warned). 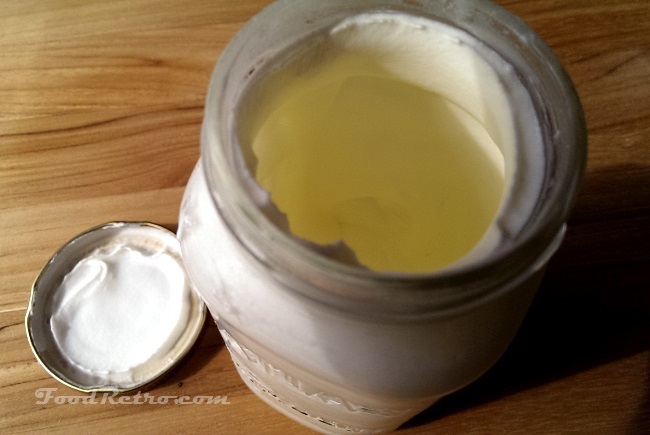 Do not add any seasoning up front, but progress as if making whipped cream. And then keep going. After about 10 minutes with a mixer on high speed, the buttermilk and milk will abruptly begin to separate (be careful, this is when it gets messy). Once butter begins to create large clumps, drain off the buttermilk (save it and drink it or cook with it, it’s good!) and knead the butter under cold running water to push out more of the buttermilk. Knead salt, if desired, into the butter with your cold hands. 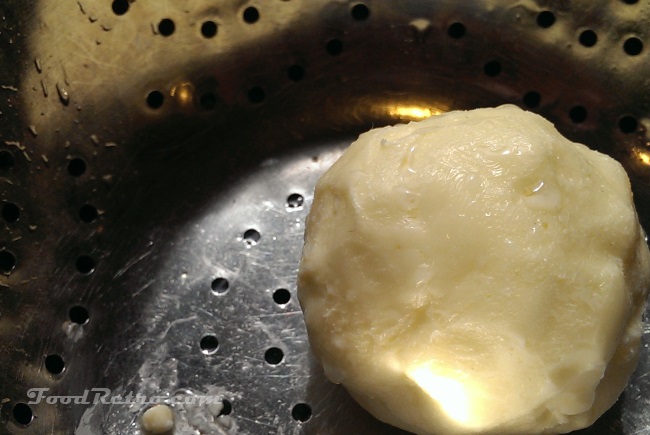 Try this with the kids! No real recipe is required, nor any special equipment other than a jar and the whipping cream. Pause throughout and have them taste. See if they can identify the changes to the cream as they happen with their fingers and tongue, and then enjoy eating the results with a little fruit or a slice of toast (depending on how quickly they wimp out on the shaking). 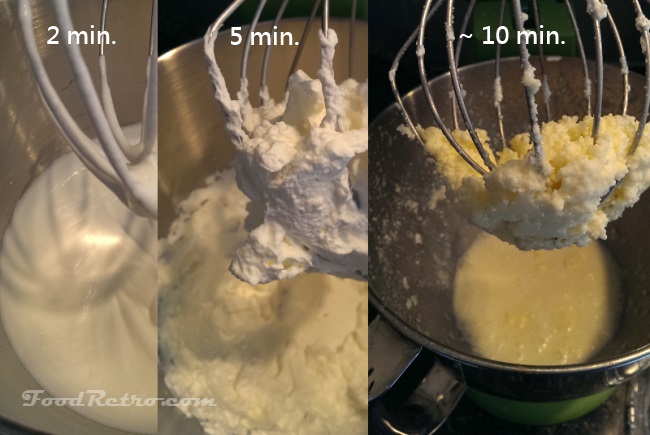