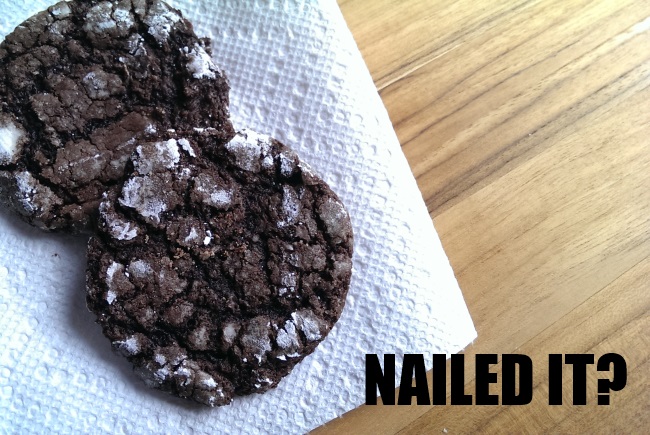 My relationship with Pinterest would probably be best described as somewhere between a blind first and second date. You know, that awkward phase when you still hide things with Spanx and a pushup bra, and the guy is still pretending he would rather be listening to stories about your cat than drinking a beer and watching the game?

I can’t tell you how many pins I’ve looked at, then clicked through, and thought to myself, you make that with what? Gross! Yeah, it’s not going to work out between us. But there are promising pins too. I have seen lots of ah-maze-ing things on Pinterest, and lots of cute little ideas. It’s just that sometimes they turn out a little less ah-maze-ing in the execution of things.

This past weekend I got burned, flat out. I was a little too trusting, right up until the point where I looked at my finished cookies and thought, this does not look like their picture. At all. Well, closer inspection revealed… the pinned picture was of the unbaked cookie?? Don’t judge, it was one of those cookies that you roll in icing sugar and press flat, and some of them really do end up looking more or less the exact same way they go in.

Dishonesty in the media is a little too common. I’m sure we’ve all seen the little video about the Photoshop process they put supermodels through. Even food bloggers are a little bit guilty of manipulation, either directly to the image, or messing with their viewers on a psychological level. Did you know that you’re most likely to repin pins of a certain aspect ratio and if they include certain colours? If you weren’t aware of it, well rest assured, it’s very real and measurable. Whole businesses make it their business to know how to sell stuff to you.

The pressure is huge on pinners to grab your attention by any means possible, because that photo makes or breaks your interest in going to their site. Cute fonts on pictures to make them pop? Been there. Stacking bright napkins of primary colours next to the plate? Got that. And then there are some that go too far: No, that’s not edible, it was styrofoam dipped in whatever chocolate goo to make a more perfect shape. Soap bubbles on the coffee to make it look fresh. Artificially colour enhanced so that optimal salivation is achieved.

I can’t lie and say I’m 100% above all that. Sometimes a photo needs a little love, especially since I’m fairly new to food photography. I don’t have a studio, and it’s winter, and sometimes the ambient light coming through the window is just a little too blue because it’s cloudy outside.

Or take my dill pickle bread: unfortunately the best cheese ooze came from layering more cheese than I could grill and giving the sandwich a quick zap in the microwave. And I actually prefer cheddar that isn’t dyed orange (white cheddar is the natural format!), but orange has better contrast and a more appealing colour (to some). 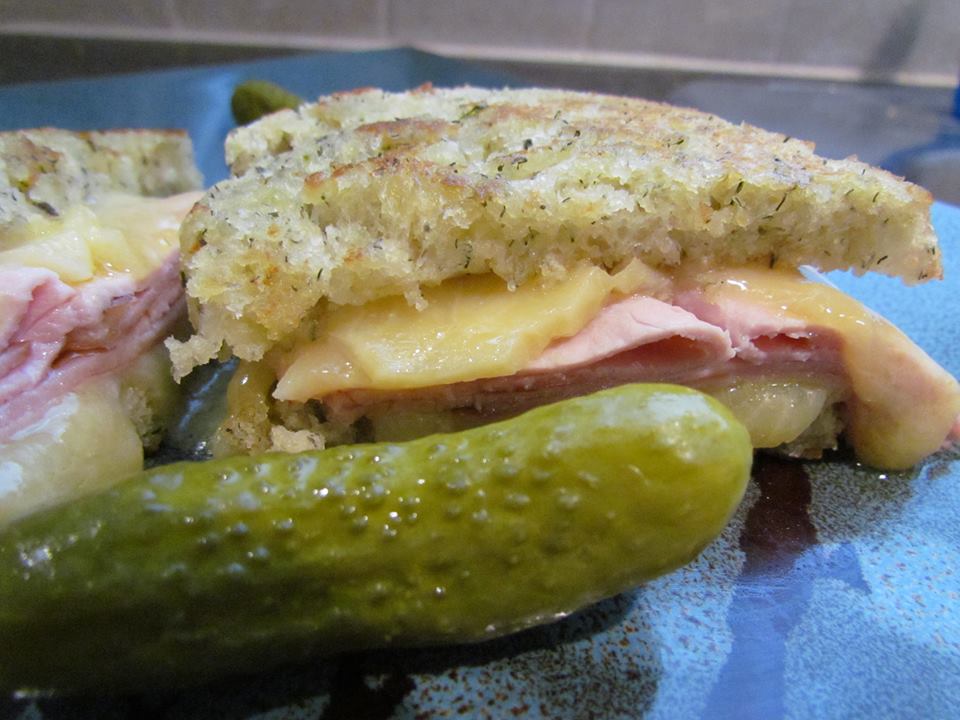 Still, I have set rules to try to be as absolutely honest as possible in my photos because, little tricks of presentation aside, I know the end result photograph is what people will measure success against. Heck, that’s what I do when I’m testing out another’s recipe. Why would you be any different?

Have you been Pintrayed? Let them know! Nicely, of course. Maybe (whoops) they forgot an essential ingredient in their recipe when they posted it. Or maybe you goofed. A nice food blogger usually will try to help you troubleshoot if you’re having problems. And if the Pin is an utter lie… like it goes to a place that isn’t really a recipe… let people know. Save others grief.