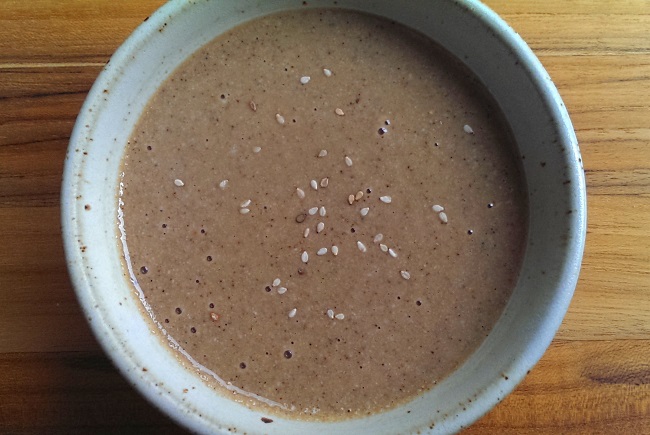 Tahini, a paste made from roasted sesame seeds, is one of those unusual foods that has gotten slapped with the labels “ethnic” and “vegan.” That’s no reason to give it the cold shoulder. The odds are that you probably have had tahini pass your lips, though, especially if you’ve ever enjoyed a hummus dip.

I have my fellow food-blogging friends at the Hot Pink Apron to thank for introducing me to this stuff. A great non-dairy non-soy source of calcium for my dairy-allergic son? Hellooooo… No wonder vegans are all over it. There’s about 88mg of calcium in a tablespoon of sesame seeds… It’s also got insane levels of iron, B-6 and magnesium. Tastes and feels kinda like a near-beer equivalent of peanut butter. A much better tasting one, by the way, than some of the other fake peanut butter options for schools. 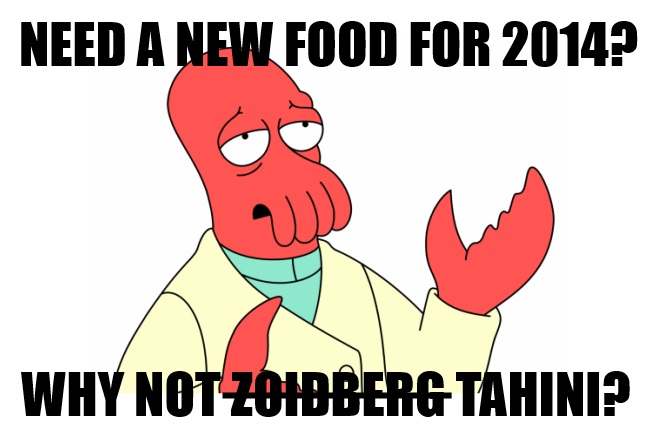 Dana told me I could find it at the grocery store, and sure enough, I could… if I was prepared to buy it in a 1 gallon jar with dubious labelling. Yikes. Knowing what I know now, it probably was okay, but when you’ve got severe food allergies to contend with and you can’t read Arabic? You steer clear. Also, I kind of learned my lesson about buying bulk stuff I might not love after the frozen broccoli fiasco.

I was tahini-less right up until I saw a big printed poster at my local hippie grocer on the bulk bin of sesame seeds: MAKE YOUR OWN TAHINI. It was… like a sign.

Tahini barely has a recipe. It’s two ingredients: oil and sesame seeds. Really. If you have a food processor, there’s no reason not to make your own tahini. Remember, food control freak here? Not only do you get the benefit of ultimate control in the texture, you make only what you need, and you can use unhulled sesame seeds. 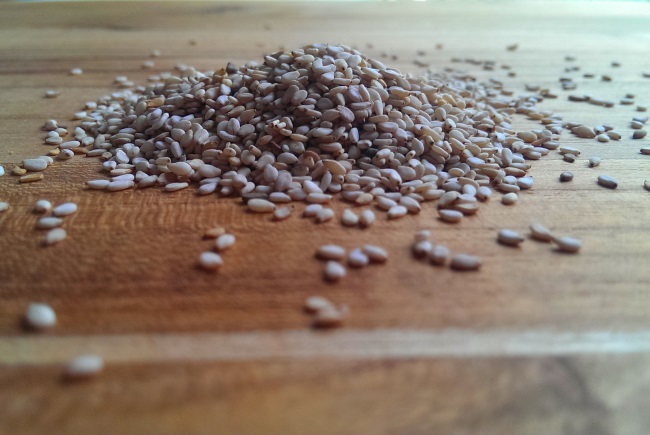 Cons: you won’t get that absolutely fine-smooth texture typical of store-bought tahini. It gets pretty fine with the food processor, but hey, it’s got limitations.

I can deal. I like texture. Throw it in everything! Mother Ship has a great Tahini 101 with some ideas. 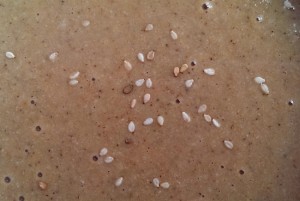 A two-ingredient recipe of sesame seeds and oil made into a paste, with a light flavour reminiscent of peanuts.

You will require a food processor for this recipe. I've heard you can use a mortar and pestle, but... 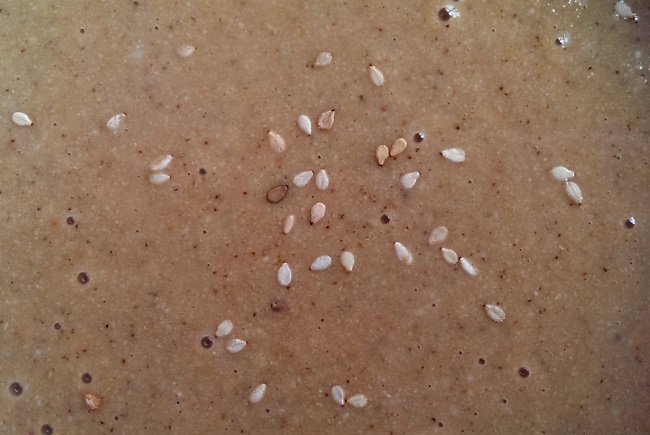