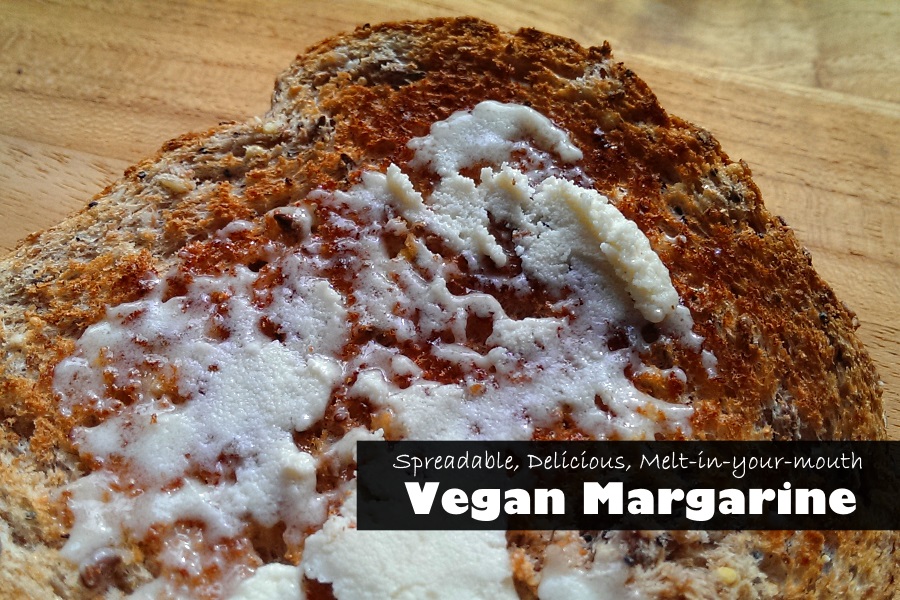 This post won’t be for everybody, and that’s cool. After all, the real foodies among us have the option of butter instead of margarine. But if you’re vegan, or you’re contending with dairy allergies, butter is a no-go. My tale of vegan margarine begins with a commercial brand, the only vegan brand available, that my closest grocery store stopped carrying suddenly.

Dairy-free butter alternatives? None. Houston, we have a problem.

As it happens, I had discovered Mattie over at Vegan Baking.net before this crisis occurred. Mattie is my current geek-blogger-love-from-a-distance-affair. I was already studying Mattie’s work on making ordinary vegan butter, a rock-solid-like-butter equivalent to butter and/or the vegan shortening sticks for baking that I couldn’t always find in preparation for holiday baking.

It just so happens that Mattie also had a template for making a spreadable margarine and some exciting possibilities for the grown-up palate. And so I found myself making something that I had never thought about making before. I stood on the shoulders of that giant, played with the recipe a little, and had honest-to-goodness margarine that I knew exactly what every ingredient was in it. 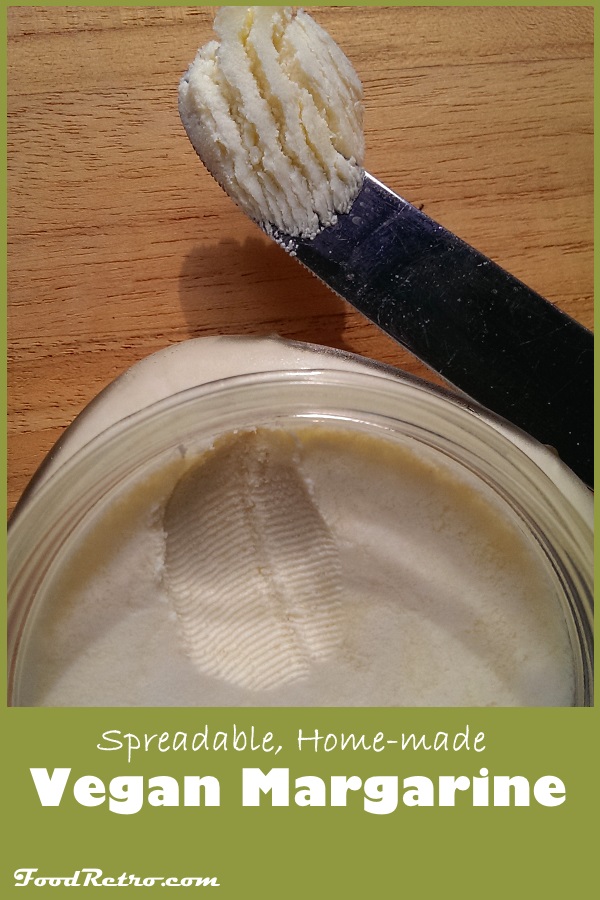 Coconut Vinegar, and Why You Need This Stuff

I suppose need might be a little strong a word… but truly, if you can find this stuff, you’ll love it. Coconut vinegar is fermented from coconut sap. It’s got almost 200mg of potassium per tablespoon, contains 17 amino acids, and is full of trace minerals. As far as the smell and taste profile goes, imagine someone put some liquid smoke in a bottle of ACV. As far as vinegars go, it’s low-acidity (although I’ve been unable to determine conclusively from the internet exactly where it falls on a pH scale–too bad I don’t have some red cabbage).

It’s got this lovely nutty, smoky taste that adds a boost of savoury to the mix without so much pucker. This means that if you want to make a healthy vinaigrette, coconut vinegar is the… uh… man, cause you have to add very little sugar to balance out the sour. I found coconut vinegar at my local hippie grocer, but you can also buy it from Amazon.

If you don’t have it handy, you can substitute apple cider vinegar, but you may have to play with the quantity of vinegar in the recipe.

If You Need Soy-Free, Xanthan-Gum-Free, Want to Read More Science, or Want to Use Liquid Lecithin… See Mattie

All I could find was organic, GMO-free soy lecithin granules and so that’s the only version I’ve ever made in all six batches I’ve stored in my freezer. If mine’s not doing it for ya, check Vegan Baking’s site. Mattie’s put in a ton of hard work on vegan margarine and the butter both, and it’s a great read. There’s a breakdown of the various parts involved, their roles, and myriad substitutions available for almost every ingredient; it’s is nothing short of genius. 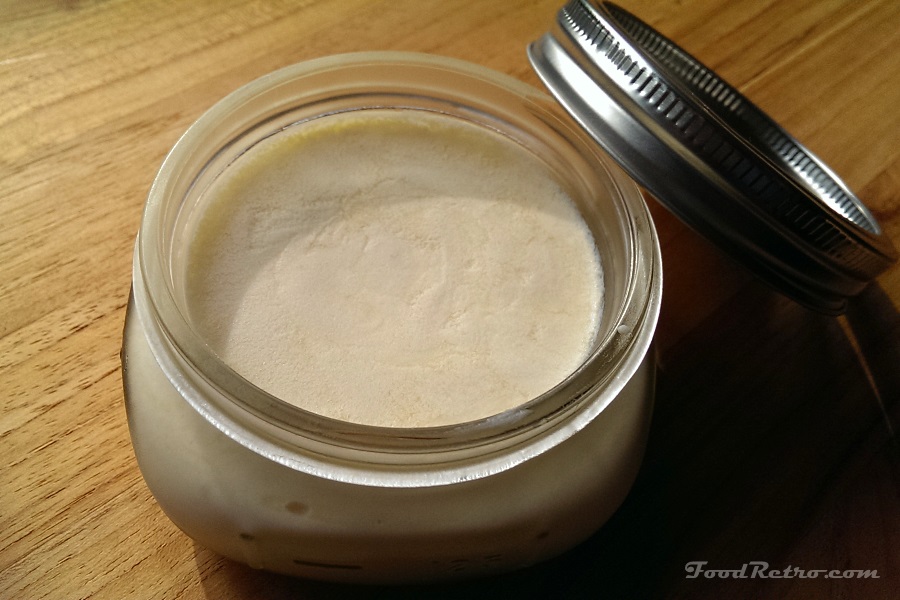 My version is a little less… zesty. After all, I’m catering to a child who loved his former brand, and so the final version that got the thumbs up was flavorless coconut oil, a mix of extra virgin and light olive oil, less apple cider vinegar, and less salt. So it’s worth noting that you can adjust the flavour profile to suit you… as long as you remember you do need some acid, note the rough ratio of liquid to oil, and have the emulsifying agent.