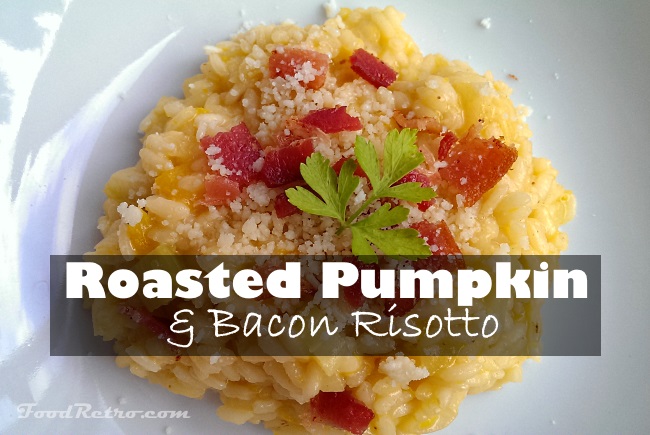 If you’re new to me, then lesson number A – roasting is awesome. Roast your vegetables, especially that bastage fennel root (it gets rid of the worst of that licorice taste). Roast your tomatoes. And for the love of little green apples, roast your pumpkins. The change to the taste is unbelievable.

It’s awesome. Anne says so, and therefore that should be good enough for you.

So, like many of my kitchen experiments lately, this one was no different in being fraught with challenges. Specifically, this was actually supposed to be a macaroni and cheese. Joke is on you, right? The macaroni and cheese went horribly, horribly wrong. Not because I had a flop. No. This was mostly because there was no macaroni.

Whilst digging like a crazed squirrel through the depths of my pantry, I instead located a bin of Arborio rice that I had forgotten I had, and immediately I changed the course of action. Everything was going swimmingly as I began to prep until I went looking for my stock and realized I was all out. And this is how I found myself frying and boiling my frozen bag of vegetable peels to make emergency vegetable stock at 1:30PM so I could still make my recipe and photograph it while there was light outside.

This sounds worse than it really is. As it happens, I was cooking the bacon while I was making the stock and doing my other slicing and dicing. So perhaps I was just a wee bit more productive than I was expecting to be. That’s all. Honest. I’m on top of this stuff.

I remember my first attempts at making risotto. People make it sound like it’s really finicky and difficult, but the truth is that once you understand how the rice works, you know how to work with it. The toasting of the rice in the oil at the start helps control the absorption rate of the liquid; the liquid you immerse it in affects the flavour; keeping the liquid you add hot helps it cook properly; and at the end, you must bind everything all together with fat–cheese, oil, butter, which helps the starch of the rice turn into that creamy texture risotto does so well instead of a sticky one.

I thought about doing a how-to roast your pumpkin post, since I’m flailing for content for #NaBloPoMo anyway, but I realized it would only be about 125 words long. At best. Possibly 200 words if I throw in a joke (Q: What do you get if you divide the circumference of a pumpkin by its diameter? A: Pumpkin pi! Yes, I know, I’m frickin hilarious).

And therefore, I will just tack it in here:

How to Roast a Pumpkin

Select a pie-pumpkin, approx. 6-8 inches in diameter. Slice that bad boy in half (carefully, they’re somewhat tough). Scoop out the pumpkin guts, and sprinkle the flesh with coarse salt. Place flesh-down on a parchment-lined cookie sheet and roast at 350F for 30-40 minutes, or until you can pierce the outside easily with a knife. Take it out, let it cool, and peel the pumpkin skin off the cooked flesh.

If you want to make puree, use a food processor, not a blender. Then divvy that bad boy up and freeze some for later if you want–but save at least 2/3 of a cup for this recipe, plus some chunks for topping your risotto (optional). 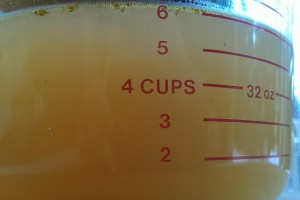 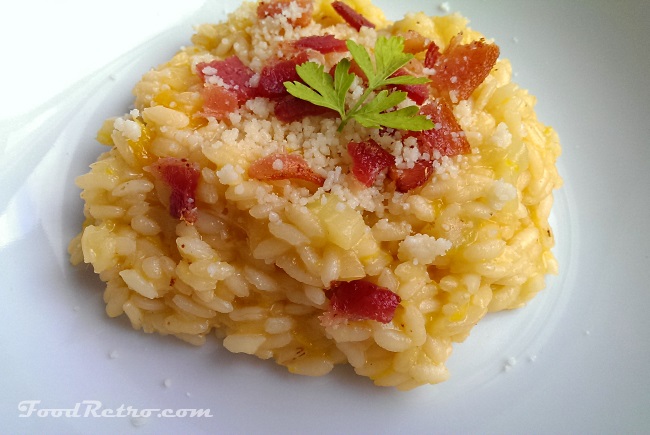 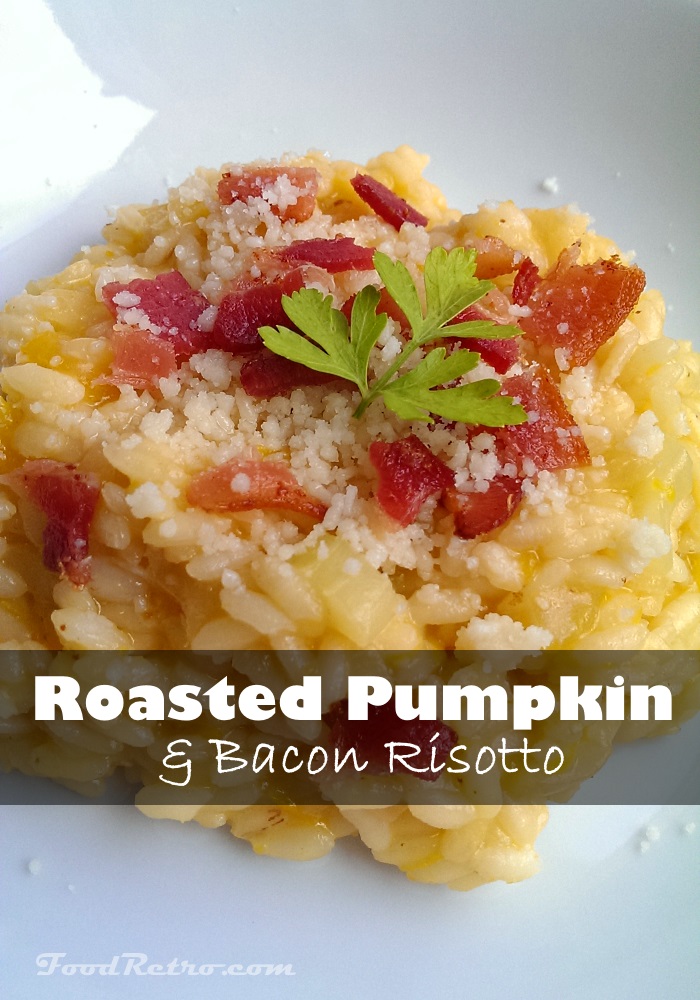