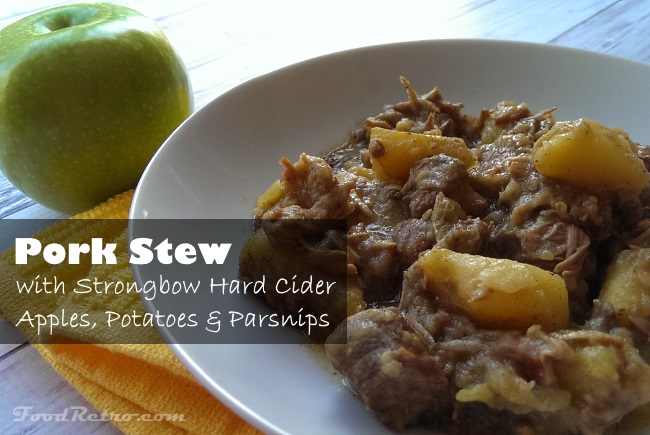 After having guests over for hubby’s 40th birthday party, I found myself with several (many) leftover cans of Strongbow, an alcoholic cider that is popular with one person in particular. I’m not sure why I decided it would be a good idea to buy 8 cans for one professed cider-holic, but that’s exactly what I did.

Well to tell the truth, we had about 10 adults there, some of whom we haven’t seen for several years. I suppose any one of them might have turned to the dark side and embraced cider in lieu of beer. I’m one of those hostesses who would rather be prepared for any eventuality–too much food is better than having too little; vegan options just in case someone doesn’t tell me; enough alcohol to survive the apocalypse, or at the very least, an unexpected frat party.

It’s not like it goes bad, but still I had enough cider for the next couple of BBQs. So I’ve been using some of the extra cans.

Now anybody who has been around me a while knows how I feel about soup. I could live on soup the entire winter long. I rhapsodize about soup. I play with soup. I tinker and fiddle and experiment with soup.

I like to think I’d give the Seinfeld Soup Nazi a run for his money.

But there’s two problems with soup in this household: husband and kidlet. Neither one of them are fans. Under  intense questioning, I finally deduced that there are two “problems” with my preferred soups… one being that there are too many (read: obvious) healthy vegetables in them, and the other is that there is broth, and according to my son, “broth isn’t good.”

Don’t ask. The logic escapes me. I think the root of the problem is putting liquid on a spoon.

Fortunately there’s ways and means. For starters, I’ve begun experimenting with pre-pureeing some of the “problem” vegetables, particularly the mirepoix, as onions and celery are usually a fight when they’re in visible chunks. The results are excellent and are good in such soups that use a mirepoix base such as my Potato Cheeseburger Soup.

The other compromise: there’s stew, which looks like brown goo, but is like the nectar of the gods when you put it in your mouth.

This particular stew, which is loosely based on some recipe I stumbled across on epicurious, is a thick, meaty pork stew made from the pork butt, which, confusingly enough, is a shoulder cut. Pork butts are relatively cheap cuts of meat well suited to braising and slow roasting, and they make such excellent BBQ dishes like pulled pork.

Chock full of potatoes, flavoured with maple-sweet smoked bacon, and loaded with apples and parsnips which both go to mush when cooked well, the result is a tasty smorgasboard of flavour that rolls over the tongue with a hint of sweet and tart. Pair it with some more cider and some chunks of fresh, hot bread for the perfect winter meal! 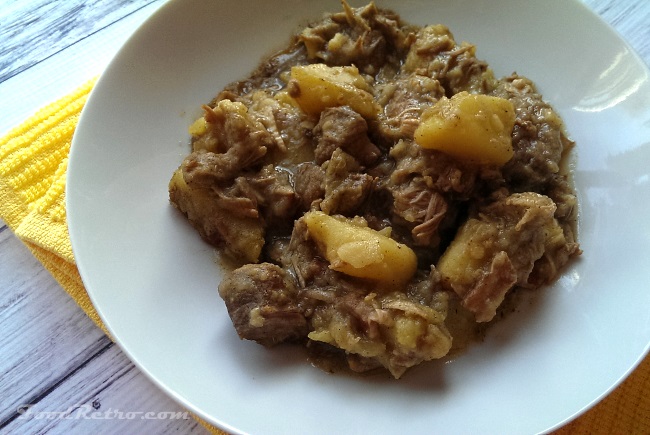 A thick and hearty stew with bacon and apples.
Write a review
Save Recipe
Print
Ingredients
Instructions
Notes
FoodRetro https://foodretro.com/ 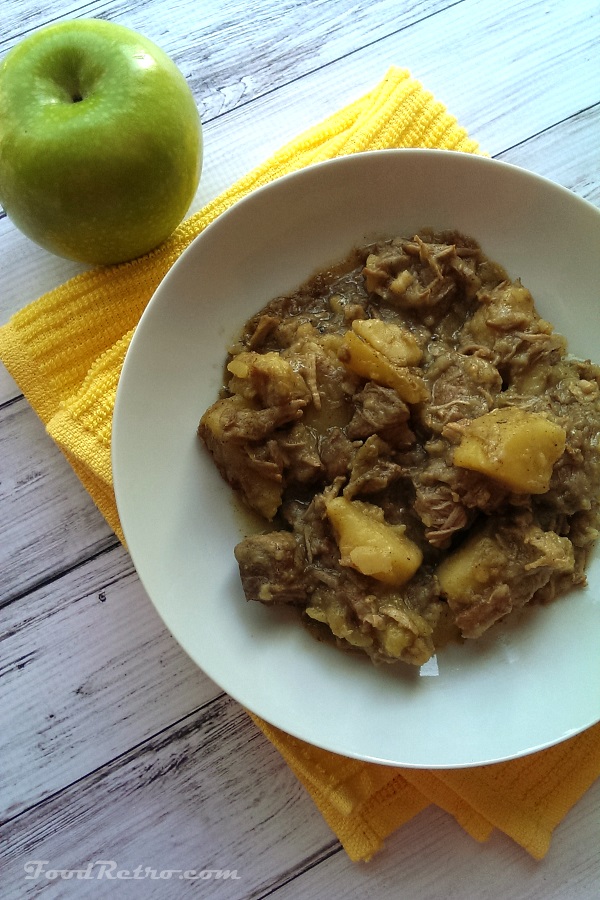