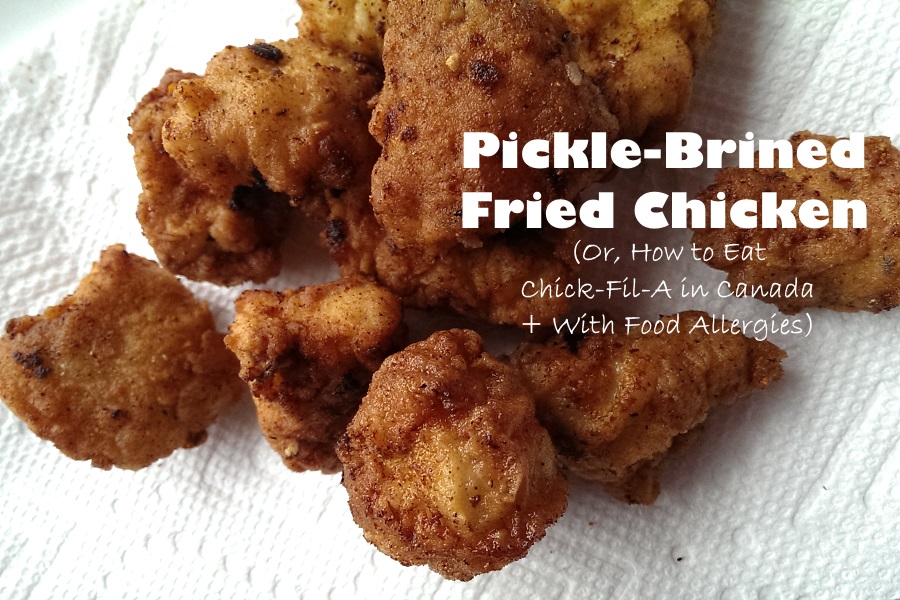 To reiterate the story about how this post came to be, during our last trip to the grocery store on Saturday, my son was upset because I wouldn’t buy the one brand of flavourless frozen slabs of “chicken fingers” that’s safe for him to eat (I get that they’re “all natural,” with clearly readable ingredients, and I appreciate that, but dang, y’all. You could at least season them).

I don’t know how to describe their flavour, but it’s somewhere between cardboard and the tears of broken dreams. Needless to say I hated paying like $1 per chicken finger, cause there weren’t many in that $11.99 box.

Anyway, I told my son I would make him some. My son has always been one of the first people out there to tell me that he thinks I’m an amazing superwoman who can make anything (Ferrero Canada, I would totally appreciate any insight you have to give on making a dairy-free/nut free Kinder Egg, which is still on his “Mommy-make-list,” by the way). I don’t know whether he truly in doubt or was just laying on the cussedness cause I told him no, but he insisted that I couldn’t make chicken fingers and actually bet his entire piggy bank against me.

Honey, mommy grew up in the Southern U.S. Knowing how to make fried chicken and all its subsidiaries, like chicken fingers, is practically the law. In other words… 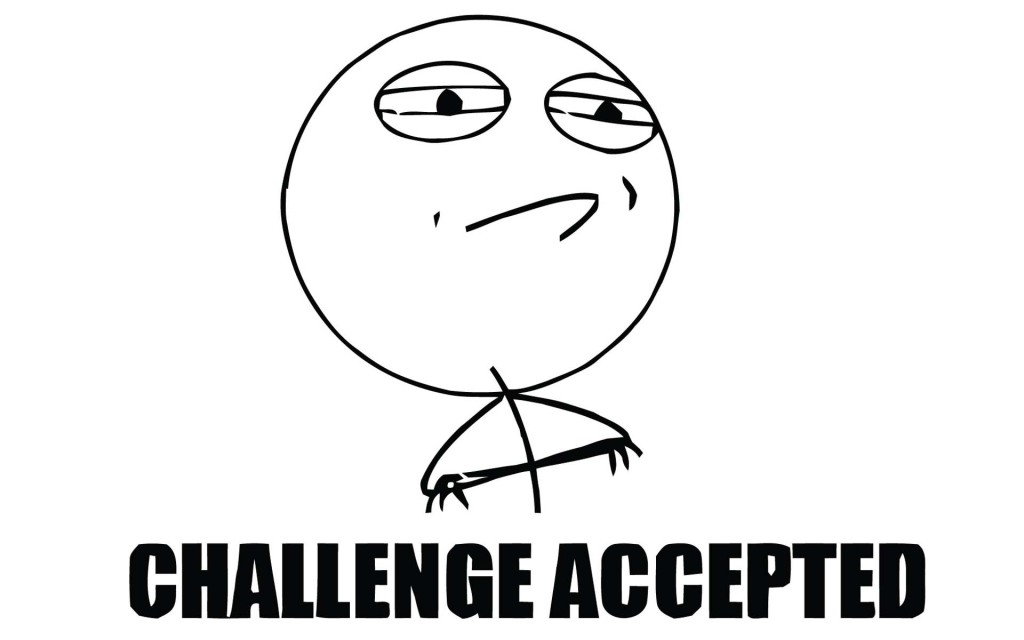 Given how much Canada loves its dill pickle chips, I’m actually surprised that the best known not-so-secret ingredient for awesome fried chicken goodness has never managed to really cross the border, and that’s probably due to the lack of exposure to a certain fried chicken chain called Chick-Fil-A. KFC has totally cornered the fried chicken market up here; there’s no real competition unless you count the two Popeyes I’ve seen.

You are missing out, Canada. THIS IS A THING. A delicious, delicious thing. And given that I know how you feel about brined pork back bacon (that delicious thing that becomes “peameal” here and Canadian bacon to everyone else), I really think you should hop on this train. I’m a Southern Belle in Canada. You can trust me on matters of food.

Chick-Fil-A is a restaurant that gives you your fried chicken with a side helping of God, and however you might feel about that, they’ve managed to annoy a large number of people who dislike faith-based discrimination, people living in areas that their franchises don’t exist, and people who just are Jonesing for a chicken sandwich on Sunday (they’re closed Sundays). So it wasn’t long before their “secret” ingredient came to light and copycats began to come out of the woodwork. 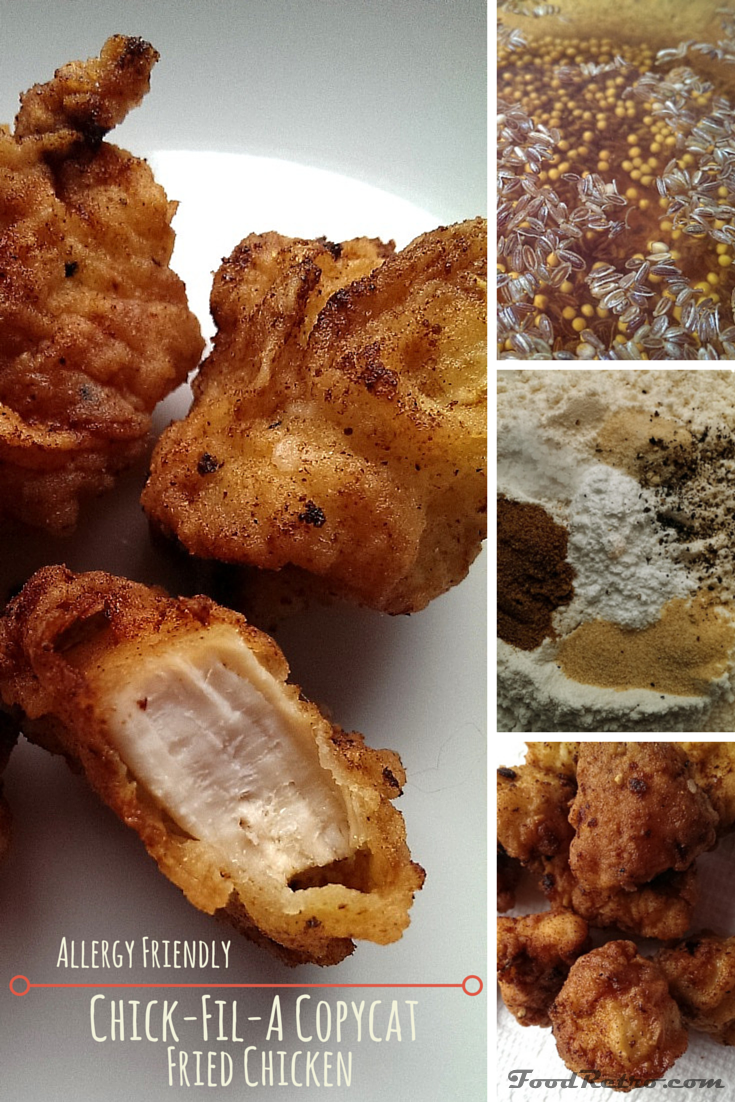 While there’s considerable disagreement on the right breading seasoning, 90% of unique flavour comes from two things: the fact that the chicken is brined in pickle juice, and then it is subsequently is fried in peanut oil after being dredged in milk and egg and then breaded.

Now you might be like, but won’t it taste like pickles? And the answer is: not really. If you’ve never brined a chicken or turkey, you’re missing out. The brine makes the chicken tender, moist, and delicious, seasoned with the barest hint of mustard and dill.

This isn’t a true copycat recipe, cause A) the real recipe uses jarred pickle juice, and that’s gross because, ew, yellow food dye and other weirdness. B) the real recipe isn’t allergy friendly. BUT, since we do that allergy thing here, you can use your choice of milk. If you’re allergic to eggs, substitute your combo dredge with just milk. If you’re allergic to wheat, you can give a GF all-purpose mix a try, or use cornstarch as a batter as I do when making Chinese dishes like General Tso. And if you want to make it a true copycat, well you know what oil you need to fry in.

My kid conceded that maybe mommy knew what she was doing with fried chicken, by the way.

Behold, a way to make fried chicken in all its forms. Heck, you might even want to brine your chicken before roasting, too. Feel free to use this on chicken cutlets to make sandwiches, chicken fingers, and popcorn chicken (as I did).

And now enjoy your southern-fried chicken in Canadia, in dilled brine, as chicken us so clearly meant to be. 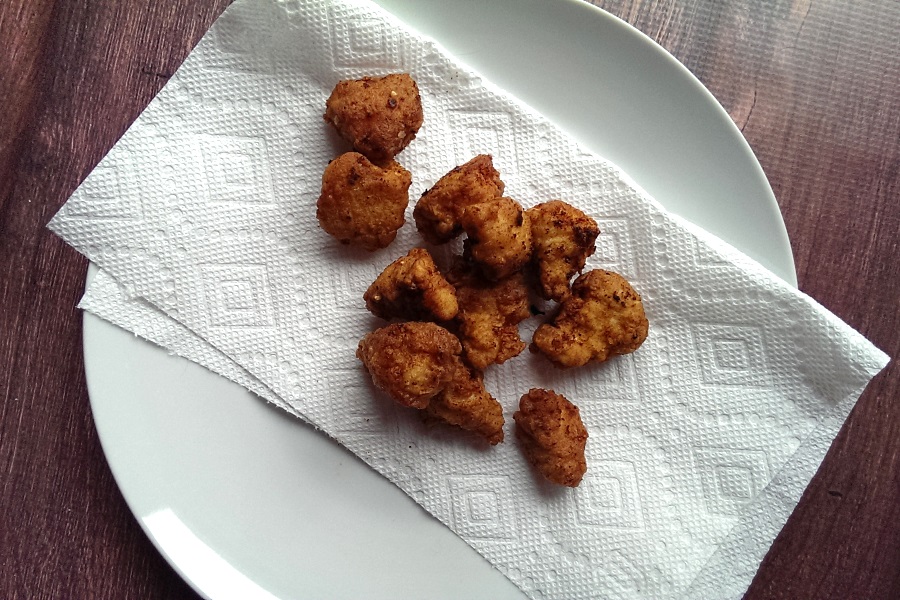 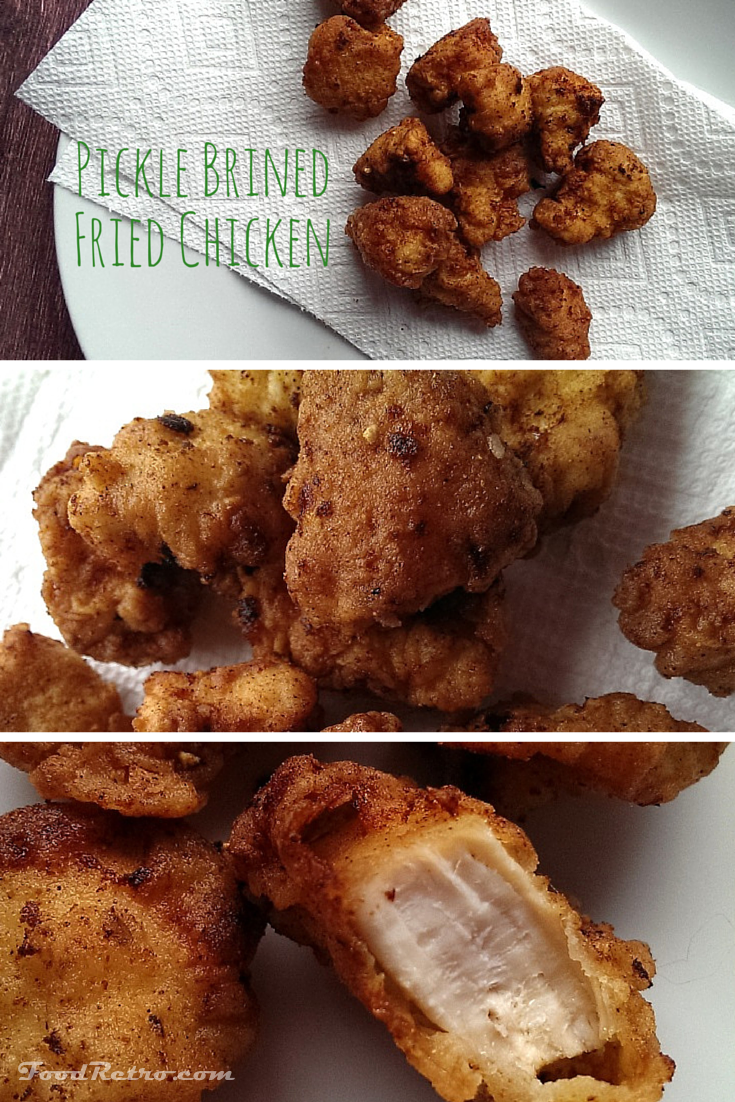