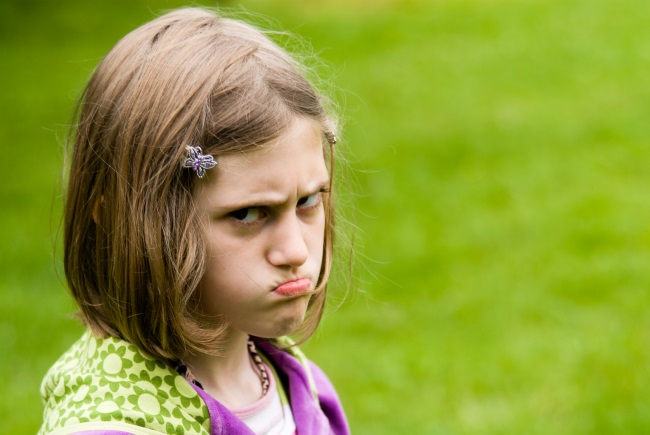 I bet you saw one of the rehashes of the Stanford University paper in the news that said there was no point eating organic, because it wasn’t any healthier.

I love science and all, but I’ve discovered that scientists have started to make certain headlines to get attention and funding. It’s as bad as the news, preaching disaster to sell papers. Sad state of affairs, but this is the reality of things these days.

The Stanford paper itself is an meta analysis of the published literature from other studies.  In short, this means that they compiled the research of others into one paper and did not do studies of their own. In the search through the papers (which by the way Dr. Bravata admitted was a “confusing body of studies, including some that were not very rigorous, appearing in trade publications.”), 237 papers ended up being culled from the mess which related to the three specific areas of study they were featuring in the Stanford paper.

I’m in no way denouncing their work. Let me state this up front.

I do think it’s completely fair to point out this is a very small and incomplete list of potential comparisons between organic and non-organic foods. It’s also fair to point out they used a headline vague enough in its wording to be interpreted by the layman as a denouncement of organic food. Heaven knows that’s exactly what most people, magazines and newspapers did.

Because people come up to me and cite the headline of a meta study as the whole, complete reason why organic is a waste of money, well, I’m going to weigh in with my two cents.

“Organic food” has (generally) the same mineral and vitamin content as the non-organic counterparts. That’s great! …But does anyone really believe that simply the act of being grown or raised organic would endow the product with vitamin and mineral superpowers?

It’s good to have proof that being sprayed with herbicide doesn’t decrease the vitamin content of corn, but really, the study of whether organic food has more or less nutritional value than its counterparts is a red herring.

An animal that is organic is only considered organic because it is fed produce that is considered organic, and then meets the other criteria of certification.  The same goes with plants.  When you’re talking about health issues like salmonella contamination and general nutritional value, that’s when living and processing conditions come into play, and that’s what labels like free-range and pastured are for.  There’s plenty of positive information available everywhere on the improved nutritional value of the eggs and meats that result mostly from the content of the feed.  Organic feed or not, happy animals living more or less as they ought to and in good conditions make healthier, more nutritious, tastier animals.

The pesticide comparison is a little bit more concerning, but also frustratingly vague. They did find that organic foods were 30% less likely to be contaminated with pesticides, but there was no information available on which organic foods were likely to be contaminated… or how much they were contaminated with… or why. Were foods that were testing positive for contamination straight from the farm, or after they had been handled by people at the grocery store? Were they foods being imported from overseas, perhaps from a country with lax standards? Did the other studies eliminate the allowed organic pesticides from their tests, or did they not?

I’m also unhappy that things I consider pretty significant were dismissed as being unclear.  From the summary:

Two studies of children consuming organic and conventional diets did find lower levels of pesticide residues in the urine of children on organic diets, though the significance of these findings on child health is unclear. Additionally, organic chicken and pork appeared to reduce exposure to antibiotic-resistant bacteria, but the clinical significance of this is also unclear.

Maybe the long-term clinical significance is unclear because there were no papers included in the meta study on pesticide levels and child health or reduced antibiotic resistant bacteria. That’s fair, but definitely worthy of “and requires further study.” Until then, however, I also consider it not insignificant.

Let’s touch on a behemoth with a whole tree of potential health hazards that never made the cut:  To be certified Organic, according to the USDA, the product must be: Produced without excluded methods (e.g., genetic engineering), ionizing radiation, or sewage sludge.

Conventional foods may be produced using mucky mixtures of industrial and household waste that include (but aren’t limited to) treated human sewage, heavy metals, pathogens, toxic organic chemicals, pesticides, household chemicals, and just about anything else that might have been flushed down a household or industrial drain. Does that really need to be expanded on? Just for giggles, you may want to read this article from Food Safety News about what normally and routinely is found in sewage sludge, and what effect it might have on you and the environment.

How much of that stuff gets into the conventionally-grown plants that we eat, anyway? Is there a comparative study of that?

What is a GMO? GMO means that an organism has been deliberately modified at the DNA level to express genes that are not natural to its species.  It’ll never, ever, not in a million years happen in nature.  For example, you may have heard of the “fish-tomatoes” which had a piece of fish gene inserted.  The fish and the tomato plant did not get “funkay.”  It was a deliberate insertion of a desired trait from another species (in that case, the anti-freezing transgene from a Winter Flounder) into the tomato plant by way of bacterial recombinant DNA.

You should know it’s not exactly the actual process of genetic modification that has turned me off.  Is this mixing DNA harmful?  I don’t know, and neither does anybody else.

It’s an important argument that GMOs should be tested more before actually being embraced as safe.  There’s also concerns about how GMOs infect other crop strains, and how its causing increases in traditional food prices because the seeds for GMO products cost as much as 1000x as much as traditional, not to mention, farmers pay out the wazzoo for supporting chemicals for these GMO crops.  Yeah, guess who they pass that cost down to?  Again, an important argument, but not key.

Here’s the big reason, however, why I say no to GMO, and I think you ought to, too: the vast majority of GMO crops are modified to either produce a chemical toxin (BT) or survive an environmental cesspool of chemical herbicide (RoundUp or Liberty).  Sometimes, both.  Yum!  And the acreage devoted to these is getting larger every year.

But wait, you say, the FDA has both products labelled GRAS for humans.  I’m not an ant and consuming the chemical toxin BT doesn’t make my stomach explode.  Well, that’s great.  But no human is an island. No animal is, either. The raw truth is that we are complex organisms that have equally complex relationships with billions of other organisms that make their home right inside our own bodies.  Let’s face it, if we were really that simple to figure out, we would have had cures for cancer, AIDS, Alzheimer’s and the common cold years ago, and I would have stopped aging at 25 by popping a pill.

How does the stuff we do affect our bodily tenants, so to speak?  Again, we don’t know. There hasn’t been enough research to find out, and the research being done is either by the companies that produce the product, or has to be approved by them.  Small conflict of interest, don’t you think?  What I do know is that science is actively discovering the smallest parts of us, like our gut flora, play a bigger role than we could possibly imagine.  So yes, being anti-GMO is strictly an opinion, but hey, food for thought.

You Have the Power to Set a Higher Standard… and It’s OK to Take it One Step at a Time.

If you take nothing else away from this, I just want to tell you that the first, best, most important change you can make to your family’s diet is to make the time to cook and bake. And the more you can make them from scratch, the better. Before you object–I know–being a SAHM is a relatively recent development for me, so I understand the challenges! I used to devote a good chunk of time to cooking every Sunday, making and prepackaging several meals at the same time which became our lunches and dinners most of the days of the week.

Some days I caved, and ordered pizza. Sometimes I still do.

So, no judgements, not here.

The point is, when you make a habit of undertaking the effort to cook, you already set out with the mindset that you care what goes into your family’s mouth. Children learn to care about food first from you. You’re their example! It gradually becomes part of family routine.

When you are the head honcho for eats, you can decide whether you really need to add salt or refined sugar. You can decide whether it’s going to be fresh or “from concentrate.” Best of all, even when you don’t cook organic, there’s a whole bunch of things that never get added JUST BECA– — USE the food is otherwise not shelf-stable (or kinda gross): things like dough conditioners, preservatives, and artificial colours and flavourings.

It’s OK to strike things from the list one at a time, and I encourage you to use knowledge to help you eliminate the worst things first, like the “dirty dozen.” Then take a look at what the next best step might be. Is it switching to organic wheat to make your whole-wheat bread so your bran hasn’t been contaminated with RoundUp?

The reality, ultimately, is that the choice to convert to organic and/or whole foods is about risk assessment. I believe that if we demand better food, eventually the corporations will see a market to cater to.