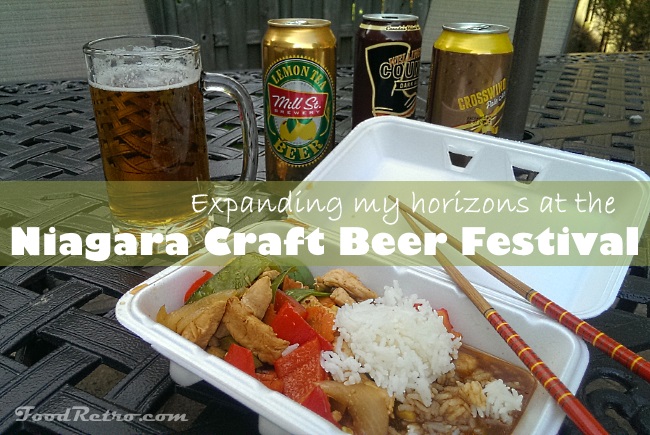 Like most people in their mid-late 30s, hubby and I are no stranger to beer. We had our fair share of inebriated Canada Days in Ottawa, ringing in New Years’ Days, bar hopping and pub crawling all over the GTA, Guelph and Hamilton as we’ve moved apartments, hung out with our friends and whatnot.

As we got older, we slowed down. Yeah, part of it was that we were domesticated and had to go be presentable at work the next day, but part of it was simply that drinking as an event was old hat. Hard to believe, but it’s true. It seemed like everything was more the same than it was different–beer and clubs both–so we settled in a comfortable rut of “beer as an occasional thing to have,” occasions mostly consisting of while watching TV, a social BBQ, or while helping friends build a fence. Our most popular watering holes lately look almost exactly like somebody’s garage.

Grandma volunteered to take the kid for a week, and hubby and I found ourselves gloriously unencumbered. We decided to celebrate our independence with a whole bunch of crazy things we’ve never tried before (or haven’t done in years) to jump ourselves out of the rut. We slept in till 10. We played M-rated video games till the wee hours of the night. We went to a Thai restaurant and ordered four different things we’ve never had so we could sample them all. We also decided, since I’m into that local thing and all, that we were going to visit the Niagara Craft Beer Festival coming up the weekend of August 22-24 at Montebello Park, St. Catharines, and have a great time supporting local brewers who make beer.

Bless the blooming craft beer industry for their attempts to make beer interesting to us again! The list of participating breweries was pretty extensive, and I know my limits, so I felt it was necessary to put in some advanced prep work. You know, just to be fair. But also cause it would have been a terrible waste of a lovely weekend not to sit out back and enjoy a couple. 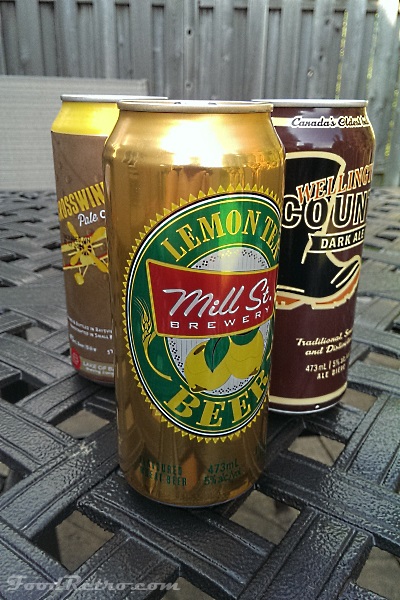 I could only find a few of the NCBF’s brewers at the tiny little LCBO I visited, but I scooped a couple cans from Lake of Bays, Mill Street Brewery, and Wellington Brewery.

The pale ale Crosswind from the Lake of Bays brewing company in Baysville was at a convenient eyeball level and caught my eye. Since the brewer was new to me, I strolled over to their website and spent some time learning a variety of cool brewing terminology like “wort” and “Meheen.” While Crosswind is one of their year-round offerings, Lake of Bays has several seasonal and limited-edition offerings, and is currently making a beer series-themed on the show “Survivorman” that’ll be out next year.

The flavour was smooth and intense, like smoky toffee and citrus, with a dry bite. It went unexpectedly well with spicy mango chicken leftovers, even though we weren’t trying to pair it. I really enjoyed the pale ale, and look forward to trying other offerings from Lake of Bays.

The Toronto-based Mill Street Brewery’s a familiar brand to me, as I’ve purchased their perky Mill Street Organic several times in the past. As a standard lager, it’s a great drink, and it goes great in my chicken fajita marinades–which reminds me, I haven’t made my fajitas in a while and it’s time to grill. But I had yet to give any of their other offerings a try, although I’ve been tempted by the Vanilla Porter more than once.

The porter wasn’t available, but the Lemon Tea Beer was. It’s interesting. The taste of sweetened Earl Grey does come shining through. As a beer, I think this one’s a little too sweet to win a place on my roster, but I could see it appealing to those who enjoy sweeter drinks and hard ciders.

I admit, I’m not a traditional fan of drinking stouts and dark beers, but I love to use them in cooking, especially with lamb. Wellington’s County Dark Ale is a lesson in why one should keep an open mind. I was expecting a heavy dark beer when I went to take a sip, but County Dark Ale was surprisingly light in taste, rich on the roasted, slightly nutty flavour with a bit of caramel. I could actually see myself drinking it. There’s some great potentials in cooking, too. I think it would be the bomb in some sort of potato dish, and I’m already turning over possibilities (sorry peeps, keeping my hand close to the chest).

Hubs also saw and grabbed a couple cans of their pale ale to sample at a later date; I look forward to giving that one a try as well.

Wellington Brewery, based in Guelph, is one of the first wave of microbreweries to set up shop back after Ontario legislation became more accommodating to small brewers. Demand is good; they’ve been expanding their lines, and they’ll be celebrating their 30th anniversary next year.

All in all, this weekend was a pretty productive weekend. I found two new beers I enjoyed, spent some money, got some Zzz’s, and I had my first taste of Emerald Curry. Next weekend should be even better–I look forward to trying more of the 20+ brewers in a couple more weeks and enjoying the food and music (which includes a great lineup, including the Trews and USS).

If it’s anything like letting loose these last couple of days, it should be great! …I’m already looking for a babysitter.