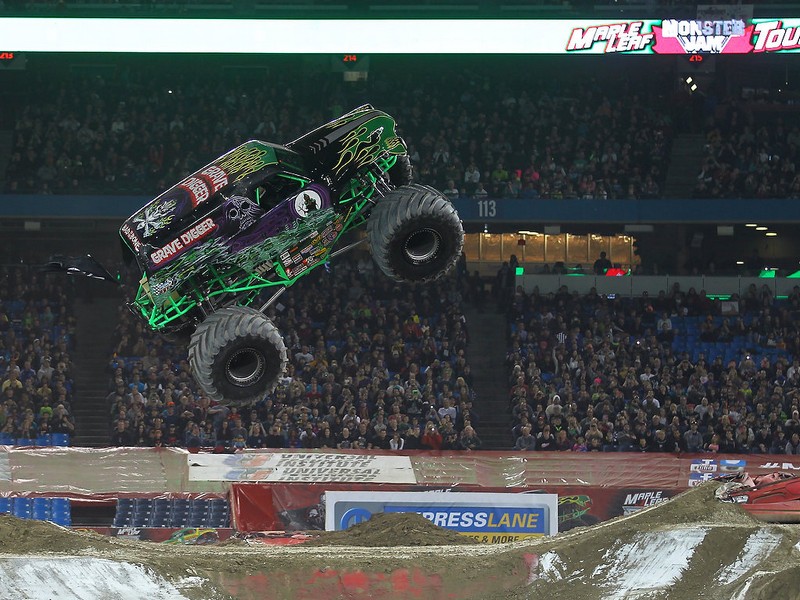 What with my son being bullied over having a purple backpack earlier this week, I’m a little sensitive right now to issues of gender bias. I can’t believe we seem to have forgotten everything we’ve learned from the 1980s when everything we thought we knew about fashion, hair, and makeup was deconstructed, and both boys and girls alike wanted to be equal-opportunity, no-nonsense butt-kickers.

Perhaps we need a bit of a revival of the good spirit of the 80s, with Hulk-a-mania and everything.

Still, it seems we haven’t completely regressed. If ever you needed to know that giant trucks flying through the air and crushing cars was an all-inclusive sport, all it took was looking around the arena at Monster Jam. Monster Jam was even a family affair–men and women, husbands and wives, boys and girls waving flags to cheer on their favourite trucks.

And there was a surprise! Monster Jam had a woman Monster Truck driver–a shiny, blonde and Barbie-pink Debrah Miceli (a former pro-wrestler to boot) driving an equally shiny Barbie-pink truck Madusa (as I understand it, Madusa was one of Debrah’s stage names in her former life in WWE).

While the FirstOntario Centre arena at Hamilton is a touch on the small side for some of the more extensive monster truck shenanigans, that wasn’t enough to stop anybody from having a good time. The Freestyle and Wheelie competitions had everyone oohing and cheering. 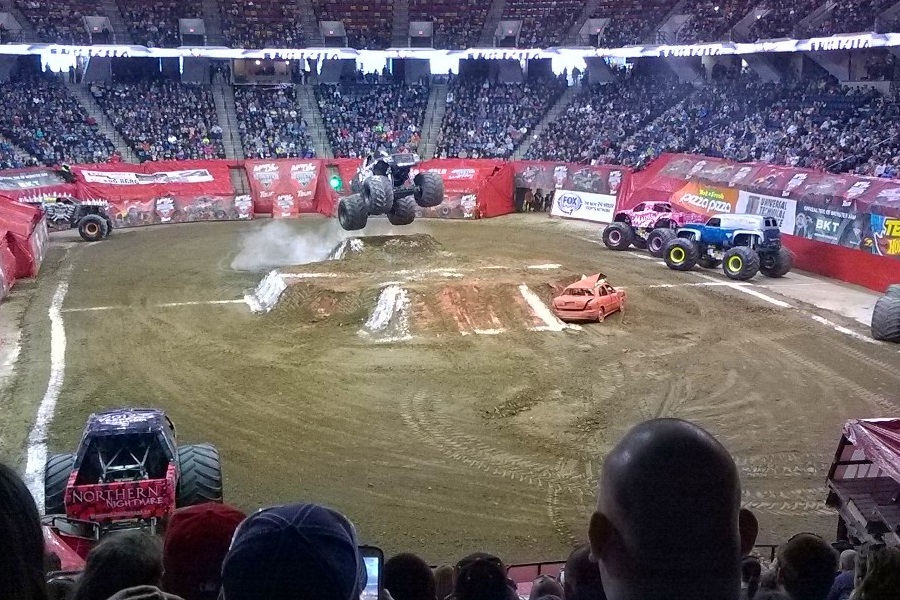 Having properly grown up in the south where Monster Trucks and all things “just a little bit country” like tractor pulls, wrestling and rodeos are still the rage, I was really impressed to see that the Grave Digger phenomena is still going strong, and they are still building it to look as he did in the 80s.

There were no impressive wreaks this time around, but we were treated to Northern Nightmare’s rear differential giving a flaming, sparking show. And Grave Digger: the Legend landed badly during the freestyle competition, breaking something in the steering. In spite of being unable to finish, he still scored high. 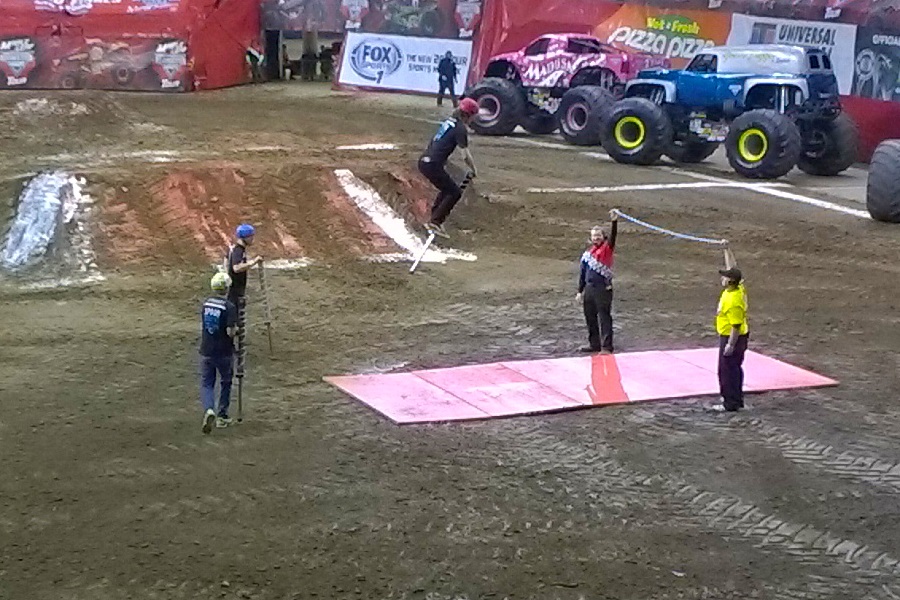 Between competitions, the event was rounded out with combat quad racing and X-pogo–an extreme pogo stick display where the three performers jumped each other, and obstacles at least six feet high on their pneumatic sticks, and did flips and fancy footwork.

Hanging out at #monsterjam in #hamont this afternoon! @atthecore #sports #entertainment #monstertrucks

In all, for prices as low as $20 per ticket, it was a great two hours of family fun, and there were autograph sessions afterwards. Pit passes were available for $10 for between 11-12:30, but we didn’t spring for those this time around.

Kidlet, who has become a new fan of all things monster truck as of yesterday, is sorely disappointed (now), that we didn’t go to the pit party.

While pretty packed, there were still some great seats available to buy last minute, so no reason not to go if you want to! And if you’re going to your first monster truck event, make sure you bring earplugs or some form of hearing protection for everyone in the family! Earplugs are also available for purchase on site.

« How a Purple Backpack and My Son Taught Me a Lesson in Being Unbreakable
High Protein, Multigrain Oatmeal »