Whole wheat bread can be intimidating to a novice; when you begin to dabble with whole wheat flour, you realize that you’re dealing with a different animal.

So here’s the problems you have to keep in mind when you set out to bake whole wheat bread: It’s drier and more crumbly.  It doesn’t rise as high because the levels of gluten protein are low.  It’s more prone to collapsing.  It sticks to the pan.

If you’re a true beginner at baking bread, you may want to try an easier recipe in the form of a plain white bread until you get a feel for handling bread dough and troubleshooting problems with your bread, but this recipe uses a fair amount of regular bread flour and some vital wheat gluten to make this recipe more user friendly.  It has a nutty taste with a hint of honey and maple syrup.  Best advice I can give you, feel your way through with your hands.  So ready!?  Here goes: (Makes 3 loaves)

* I use Fleishmanns Instant/Rapid Rise.  To substitute regular active dry yeast for instant, reduce water temperature to 110F and replace the step: “rest 10 minutes” with “Allow to rise to double in a greased the bowl.”

In a large bowl, combine water, yeast, and honey.  Stir to hydrate, and allow 10 minutes to proof if there’s any doubt about the yeast’s viability.

Add 5 cups of white bread flour, stir, and allow to sit for approximately 30 minutes, or until well bubbly. 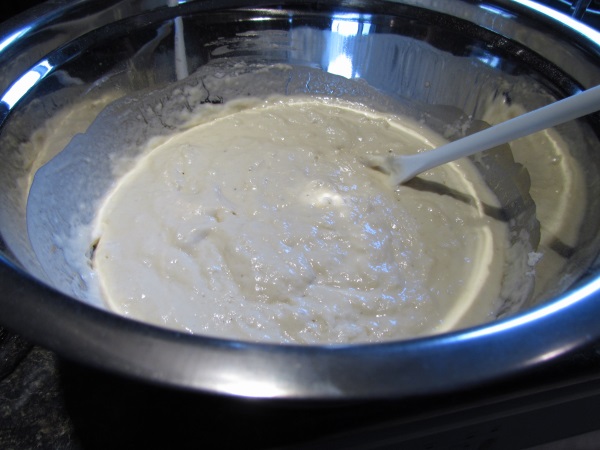 Turn the sticky ball of dough out on a nonstick or floured surface and knead the remaining whole wheat flour into the dough, sprinkling extra whole wheat flour over the dough as needed as you continue kneading for 10-15 minutes, until the dough loses most of its sticky texture.  Depending on atmospheric conditions, you may need to add an additional cup or more.

Shape the dough into a log and slice into three equal parts.  Shape into loaves and fit into lightly greased 9×5 pans.

Allow to rise, covered, approximately 1 hour, or until loaves are about 1″ above pans. 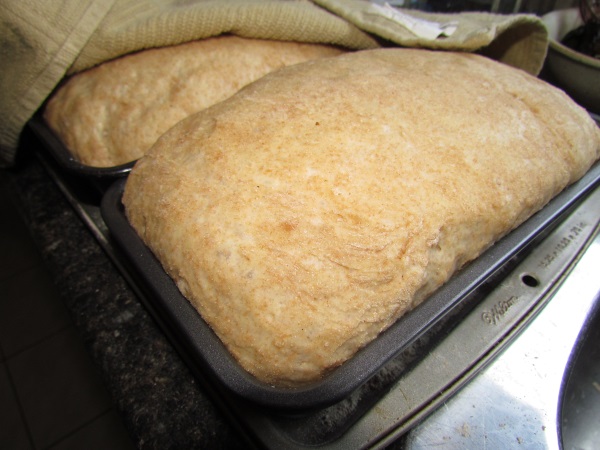 Bake 350F for 25-30 minutes.  After removing the bread from the oven, coat top crust with margarine to keep crust from hardening.  Remove bread from pans and cool on racks, covering the loaves with a dishtowel.

Wrap loaves and freeze spare loaves immediately (I like to cut and freeze mine in halves so they stay fresher).

Be forewarned, you won’t get a huge lift on this like you do with plain white.  These loaves will be naturally flatter than the classic white. The dough may even collapse slightly during cooking as a result of insufficient kneading (poorly developed gluten) or an oven temperature slightly too low.  Major collapses tend to be a result of over-rising the bread.  Also, if your dough seems unusually chewy, cut back on the vital wheat gluten.  Some ready-to-use whole wheat bread flours are already fortified with extra gluten.

Whole wheat may take a couple of tries to get perfect–it’s a bit of a balancing act.  But your minor mistakes should still be tasty! 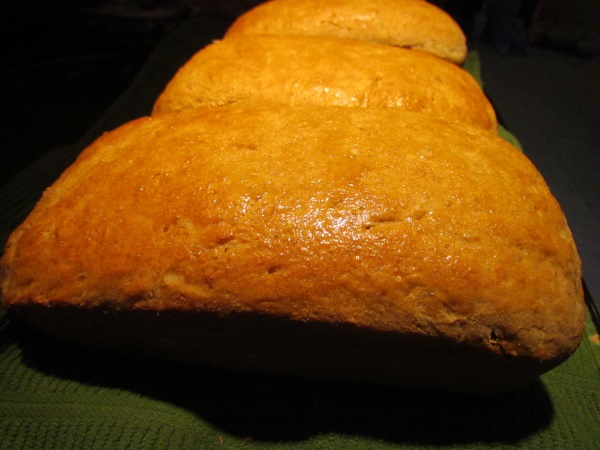 If you really have problems with the density of your loaves of bread (in any recipe, but whole wheat especially), you could be adding too much flour.  Flour compacts, much like brown sugar.  Instead of scooping the flour with your measuring cup, put your cup into the flour and shovel flour in.