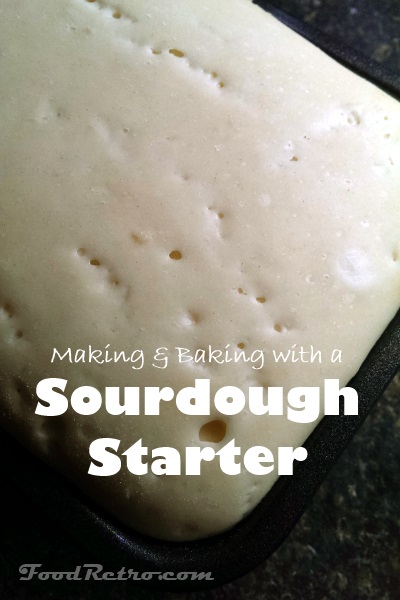 I’ve had sourdough on the brain for a while now, but while vacation plans were in progress, I refrained from starting up. I envisioned leaving a culture in someone’s hands while you’re on vacation to be akin to asking your cubicle neighbour to water your plant while you’re away.

There’s a fair quantity of information out there on making a sourdough starter, but I noticed a lot of it was like passive-aggressive vaguebooking about caring for a Tamagotchi. Or maybe one of those Furby spawn things. You must keep it in a certain spot. You must feed it regularly or it will die. Or maybe it’ll turn evil.

It’s not your instant yeast. In fact, most everything you know about making bread goes right out the window when it comes to wild fermentation. Because it is a more advanced and somewhat subjective process, I recommend that people familiarize themselves with standard yeast breads, and how to identify the signs of gluten development and proper rise by sight and touch before attempting to work with sourdough. 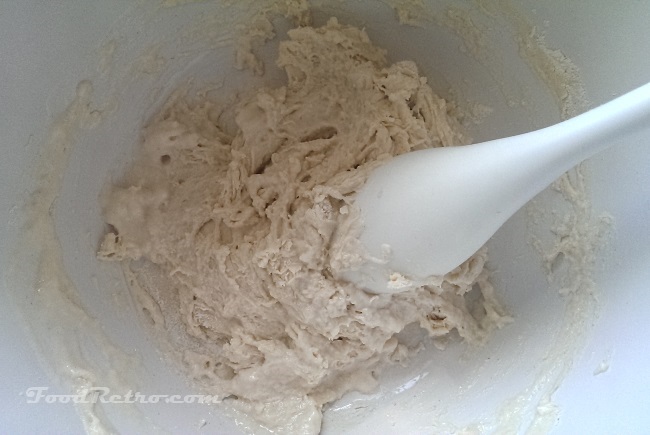 Why is it called sourdough?

You are cultivating the yeast spores found in flour naturally, and in the process, also cultivating lactobactilli–the very healthy bacteria that has been used deliberately to man’s advantage in preparing and preserving foods like sauerkraut, pickles, kimchi, beer, wine and cider  for hundreds of years.

How does that work in sourdough? In an oversimplified nutshell: yeast eats starches, creating the carbon dioxide that gives the bread the ability to rise; lactobactilli eats the sugars that the yeast can’t metabolize, creating lactic acid, which is a preserving agent and what gives sourdough its signature “sour” taste. They work pretty well together.

But how hard is it to make? The answer is: it’s not. Using it? Well, it’s a little bit trickier, because there’s few hard rules about sourdough. 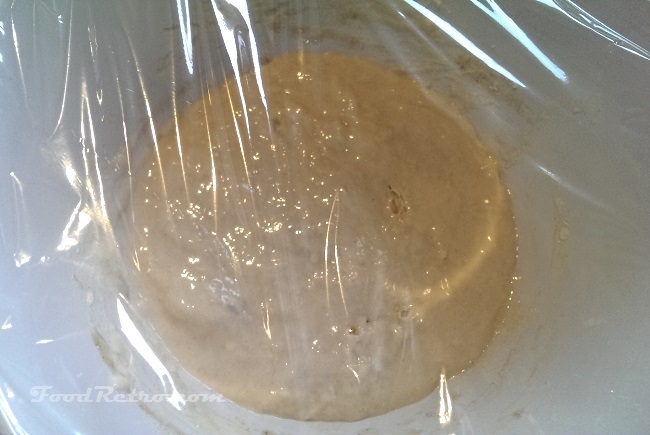 I tried out the Kitchn’s method for creating a 1:1 sourdough starter (this means, it was equal parts water and flour) and found it quite simple. What you need:

In the bowl, you combine 4 oz flour and 4 oz water, blend them together well, cover the bowl with the plastic, and let it sit on the counter. Every day for the next four days, you will add 4 oz of flour and 4 oz water. By day three, you should have a bubbly mixture, and by day four, you should notice that the thick doughy mixture has become a very different texture.

By day 5, you are welcome to use the mixture or put it in the fridge after feeding to begin a once-weekly feeding cycle, although many people will tell you that your young sourdough culture still has a ways to go in developing a full flavour, and they’ll recommend it sit out for at least two weeks to a month before you store it in the fridge. If you do decide to leave it on the counter, you must continue to feed it daily, and every day before feeding you must use or discard approximately a cup of the mixture. 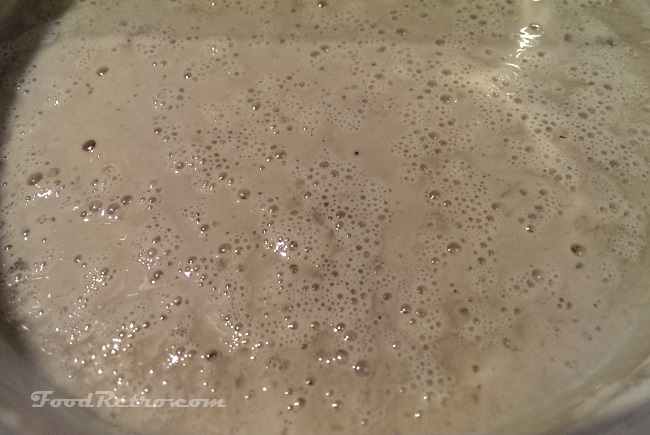 This is where it gets a little trickier. Most bread recipes suggest substituting the starter for a portion of the water and flour in a recipe. So in this starter’s case, because it’s a 1:1 mix, if you used 1/2 cup of starter, you would reduce the added flour and water by 1/4 cup each, and then you make the bread more or less as normal. Except for the rising time.

The rise of a sourdough loaf takes… as long as it takes. Depending on what’s in the recipe, the quantity of starter, the heat of your kitchen, the vitality of the wild yeast… there’s too many variables to make any sort of blanket statement! So ensure that your bread rises in an oiled or very humid environment to prevent the surface from drying out.

And personally, I had dismal results doing the direct substitution method with the recipes I tried.

Here’s what I ended up doing to get a decent rise and a more reliable outcome–this worked well for a standard loaf pan–I pretended the starter had no bearing on the recipe.

I would combine a quantity of the starter (1/2 cup – 1 cup) with all of the water and about 2/3 of the flour called for in a recipe. I would stir the whole mess vigorously and leave it sitting for 4-6 hours. When I was ready to progress, I would add the salt, oil, and anything else that would normally slow down yeast action, and add the remaining flour. I would knead as normal, and let rise once before baking. Crust would get a little bubbly on the outside, but otherwise, it was excellent: 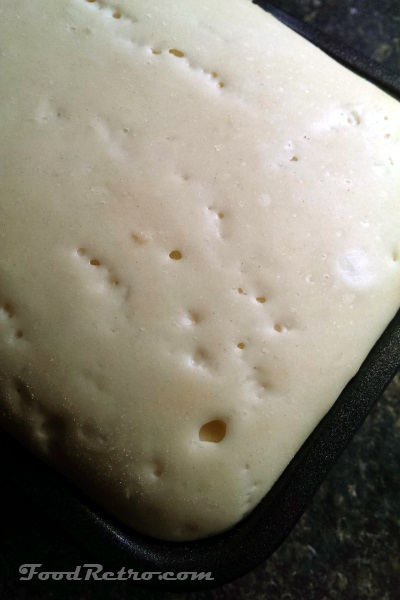 Sourdough loaf prior to baking

The texture is a little different; depending on how much the starter has worked on the flour, the dough can feel very loose and sticky. The “crust” of the sourdough is not the same as a standard loaf either; without a high humid environment during the baking, the crust can be tougher and slightly rubbery. I recommend that you try to create a steamy environment by leaving a metal pan to preheat in the oven, and then carefully pouring a cup of water into the pan before you bake your bread.