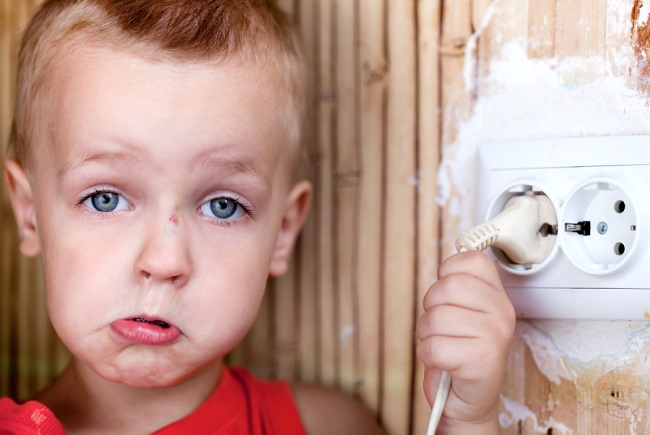 At five, my boy’s gotten past the stage where he thinks pushing the vacuum and doing dishes is so much fun that mom was hogging the chores to herself. This is sad, mostly because he’s only just gotten to the stage where he actually cleans something.

In my house, the rule is “work then play.” At least, that’s the way it goes until I can trust him not to procrastinate something into next week. He knows the rule as well as I do. And yet, when he asks me if he can watch a Blue’s Clues, I can see the lower lip begin to eject into a pout the very second the word “After–” leaves my mouth.

He can’t even remember what he had for breakfast this morning. How come he never has selective amnesia about how much he dislikes putting silverware away? I cheer him on with my best Dad-ism from Calvin & Hobbes: “It builds character!”

He is not impressed. Clearly, he thinks his character is built well enough.

What he misses, blinded by all the arrogance that only a five year old can muster, is how much happier we both are when he does it. I will be putting away bowls in the cabinets above the counters, and he’ll be putting my clean pots on his head, trying to make me laugh. The kitchen eventually gets cleaner, and in the meantime, what has become a chore has become a chance to have some time to play together (something he likes to guilt me about whenever I’m working on my computer, usually after he’s had a tantrum).

Every now and again, he connects the dots just enough that he realizes co-operation means he’s more likely to get his way. Fortunately, he has occasional amnesia about this too, because–when he remembers–he uses house chores to wrap us around his little finger:

“Mooooom, if I help you with the laundry, can I have a dollar?”

“Mooooom, can we clean the house up and I can have Sam come over for a play date?”

I don’t know if I should be pleased or worried that he’s mastering the art of bribery and manipulation at such a tender young age. As it is, I’m always happy when he agrees to help out.

Boys make a terrible mess. Besides, what goes around comes around; one day he’ll probably have a conniving, stubborn little five-year-old handful of his own.

And I’ll be able to rub my hands together in glee.