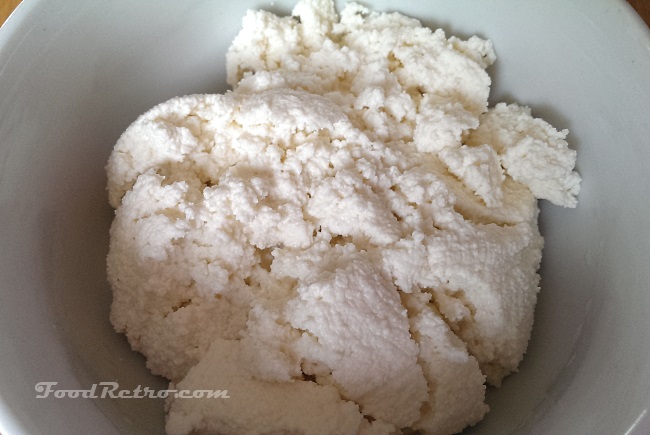 There’s actually two ways to make your own ricotta right at home! One method of making it requires the whey that may be leftover from making another kind of cheese, like your own fresh mozzarella, but the other method is much more straightforward and takes only two ingredients: milk and lemon juice.

How does acid make cheese?

Milk is a complex liquid–made up of water, proteins, and fats–but as anybody who’s dealt with milk allergies can tell you, the major proteins that can be found in milk tend to be separated into one of two groups: casein and whey. The casein proteins make up on average about 80% of the protein composition of cow’s milk, and under certain conditions, they curdle and clump together into solid masses.

Thanks to Little Miss Muffet, you probably have at least heard of curds and whey. Small curds can happen when milk goes sour, but the process is very slow when the milk is kept cool. More commonly, it is the result of a deliberately-induced chemical reaction as part of one of the earliest steps in making cheese.

In the presence of the right temperature and acidity, the curdling reaction of the casein proteins in milk is accelerated; the acid changes the casein protein’s three-dimensional structure (a process called denaturization) and as the pH of milk begins to decrease towards 4.6, it begins to clump and separate from the whey proteins. 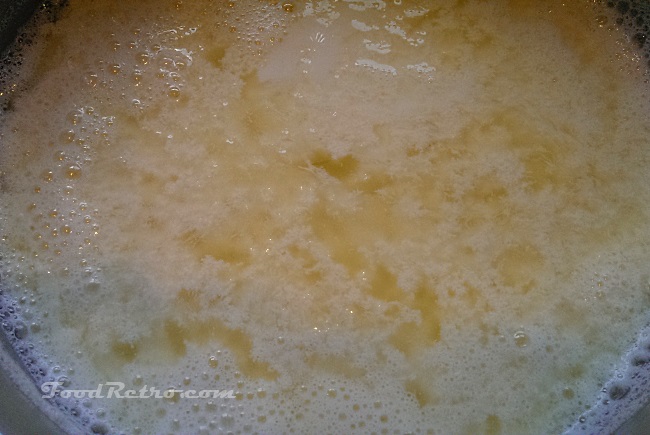 Hard cheeses like cheddar and mozzarella have an additional component–an enzyme complex that is collectively called rennet–which not only causes the casein to curdle but also to form a sort of gelatine that can be transformed into large, hard curds.

With acid alone, you get a soft clump of small curds that can be separated from the whey, also sometimes called a clabber. And this, my friends, is soft mass that can be transformed into paneer, cream cheese, and ricotta.

Ricotta Cheese made from Lemon Juice 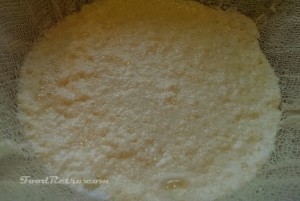 Make your own ricotta at home, from scratch, with only two ingredients: milk and lemon juice.

This recipe makes just enough ricotta for a 9x13" lasagne.

I have read that white vinegar can be used as a 1:1 substitute for lemon juice, but have not tried it.

The whey that comes from making ricotta with lemon juice is considered "sweet," unlike the acid whey leftover from yogurt production, and can be used as a 1:1 substitute for buttermilk, milk, or water in baking breads and other goods. You should freeze it and use it!

Speaking of freezing, this cheese freezes well, and so is a good way to use/preserve milk close to its expiry date. 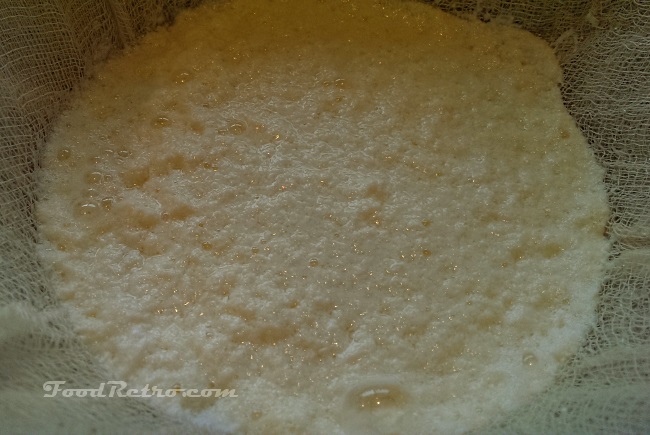 The higher the fat content of the milk, the more the casein proteins may be “sheltered” from the lemon juice. More acid may be required. Similarly, sometimes the fat content of milk is too low; I have made ricotta successfully with 1% milk even though it is not recommended, but I have read skim milk frequently fails (haven’t tried–skim milk is yuck).

Is my milk UHT pasteurized?

Finding out whether your milk has been UHT pasteurized may require asking a company directly (few companies disclose the method on the packaging itself). But some are easy to identify: shelf-stable milk in tetra packs, most cream, many forms of buttermilk (not cultured), milk with an unusually long fridge-life.

I inquired directly with Natrel–my preferred brand and available in organic at Costco. At the time I last checked, their organic milk in the standard 4L bags is not UHT pasteurized, but it has been filtered, which is purportedly what gives it its longer shelf life.

On a scale of difficulty, from 1-10, this rates a 2. The only special equipment that’s mandatory is cheesecloth, but you could make do with a clean linen napkin or tea towel (not the fuzzy kind). I do recommend an instant read or candy thermometer, but it’s also not essential; you want the milk within a few degrees of 200F (near to boiling, steaming and frothy).