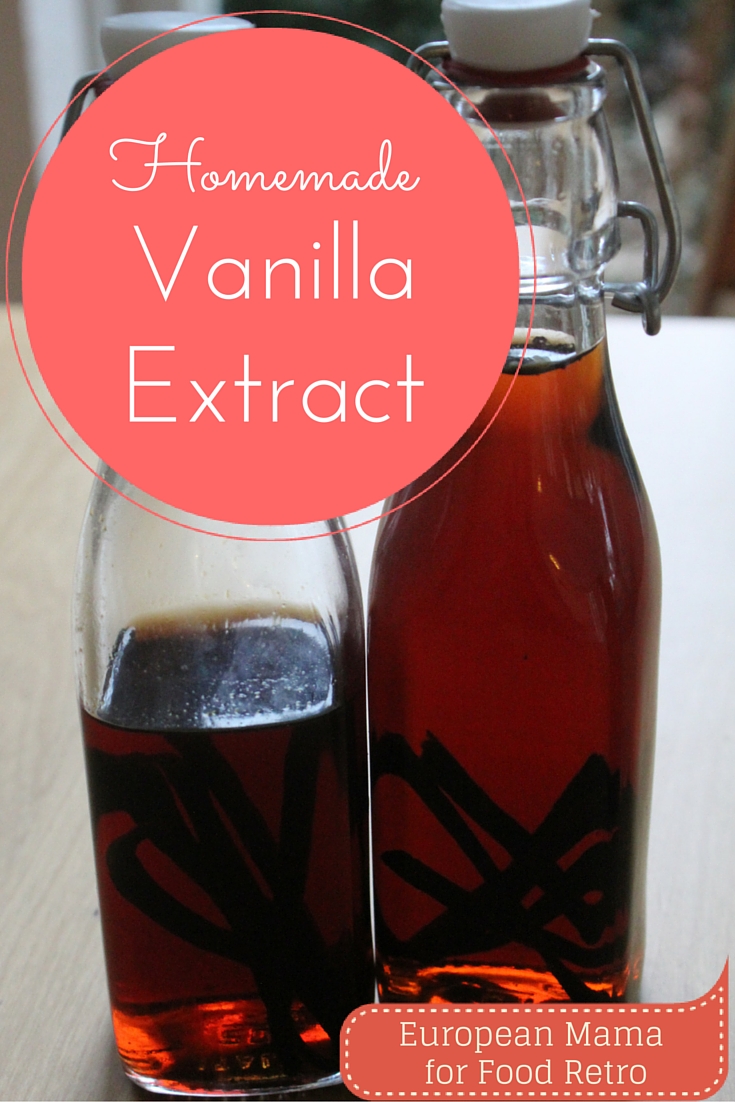 I always get this weird feeling when I go to the liquor store. As I pass rows of bottles and more bottles, I keep my head down and think to myself: “I am an adult woman. Adults sometimes drink alcohol. I shouldn’t be ashamed. I can do this.”, but this internal monologue changes into: “who am I kidding. Just get me into a toystore, OK?”

I’ve never been drunk. The only crazy thing I did was going to Ireland on my own but then I decided even that was too crazy and then continued my rather boring existence. As you see, my life has been rather lame. Or, as we call it in English, it was “pretty vanilla.”

Why do we say vanilla when we mean boring, uninteresting, and bland?

Of course, it can be explained by its omnipresence. Vanilla is everywhere: yogurt, pudding, ice cream, sauces.

But it’s only recently that vanilla has become so easily available. In fact, vanilla beans were cultivated in what is now Mexico and were introduced to Great Britain by Queen Elizabeth. There is also a dark side to the spice- it was cultivated by slaves. This article is great when it comes to the history of vanilla.

And now-aided by chemistry-it’s everywhere. Thus it became the metaphor for boring. In fact, my editor at BLUNTmoms likes calling my pieces vanilla sometimes.

I disagree. Vanilla is everywhere, but vanilla doesn’t equal vanilla. But most of the things that feature vanilla are actually made with vanillin, which is artificial vanilla flavour. (Also, vanilla pudding isn’t really yellow. Of course it isn’t but you already knew that, right?)

Vanilla itself is black. Also, even though we associate it with sweets, vanilla pods aren’t sweet by themselves (actually it’s similar to chocolate in that regard since pure cocoa isn’t sweet either). But they have a wonderful, intriguing aroma that can’t be matched by everything else. And if you like vanilla, it doesn’t mean you’re boring.

My brother, one of the most fascinating people I know is a little bit of a vanilla snob. His favourite desert is sponge cake with vanilla sauce and the vanilla sauce must be really good.

One day, my father decided to do a little experiment and make vanilla extract.

I read plenty of vanilla extract recipes but they all seemed very complicated. My father’s recipe was super simple:

Take 250ml of good quality rum. If, like me, you have no idea what constitutes good quality rum, ask the salesperson at the liquor store.  She will show you a few and then you can choose the one that isn’t super expensive but isn’t very cheap either.

Buy a nice 250ml bottle, preferably with a stained-glass lid, like this one here. I used mason bottles instead but my father kindly brought me this beautiful bottle while he was visiting us. 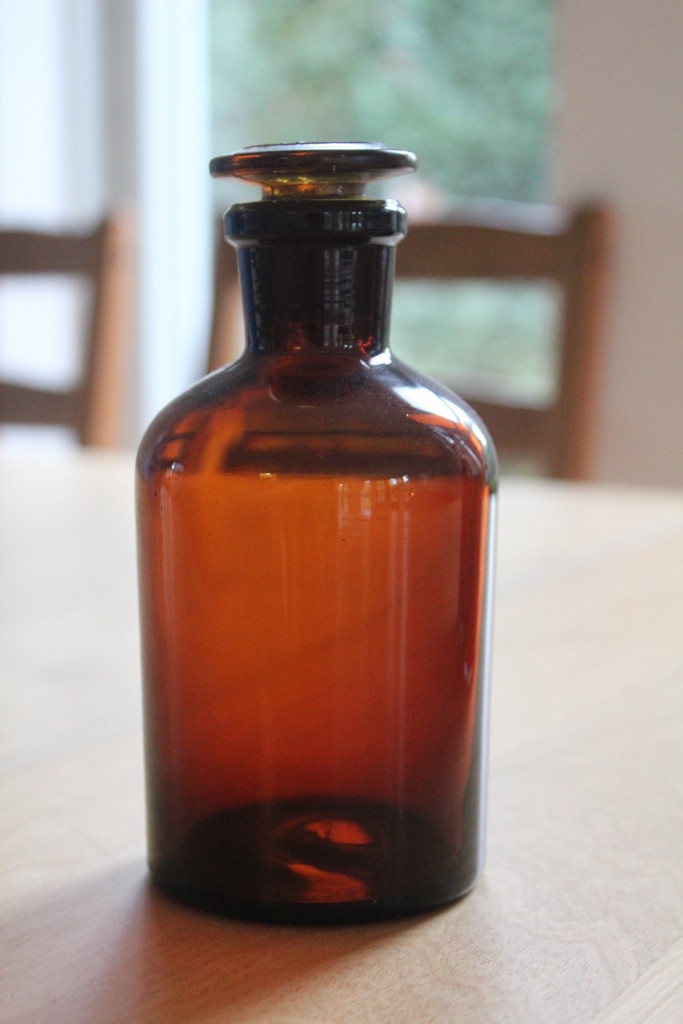 Keep in a dark place for a few weeks (preferably 3 months). After a month, begin freaking out that your rum still smells like rum and not like vanilla.

Secretly fantasize about drinking the contents of the vanilla extract bottle.

Forget about the whole thing.

After 4 months, realize that you have vanilla extract waiting for you and open the bottle. You are out of yourself with excitement because OMG it smells like vanilla.

Try it in one recipe (vanilla sauce) and let your vanilla snob brother taste it. Brother says it’s good and so you get even more excited.

From now on, you never make anything sweet without adding vanilla extract to it.

Ignore your father’s comments that the vanilla pods should be replaced by new ones once in a while. Why fix it if it ain’t broken?

But if you decide to replace the pods, use them to make crème caramel.

So you have anything against vanilla? Stop it right now. Vanilla isn’t lame or boring. It’s amazing. And you can make extract yourself cheaply and easily. Here’s how! | FoodRetro.com 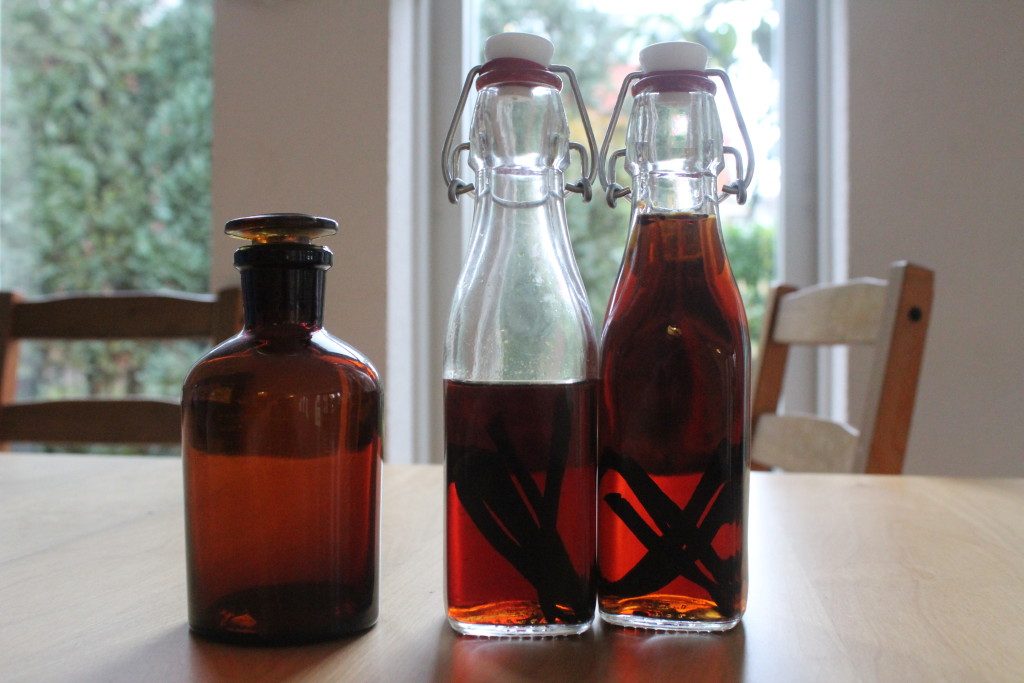