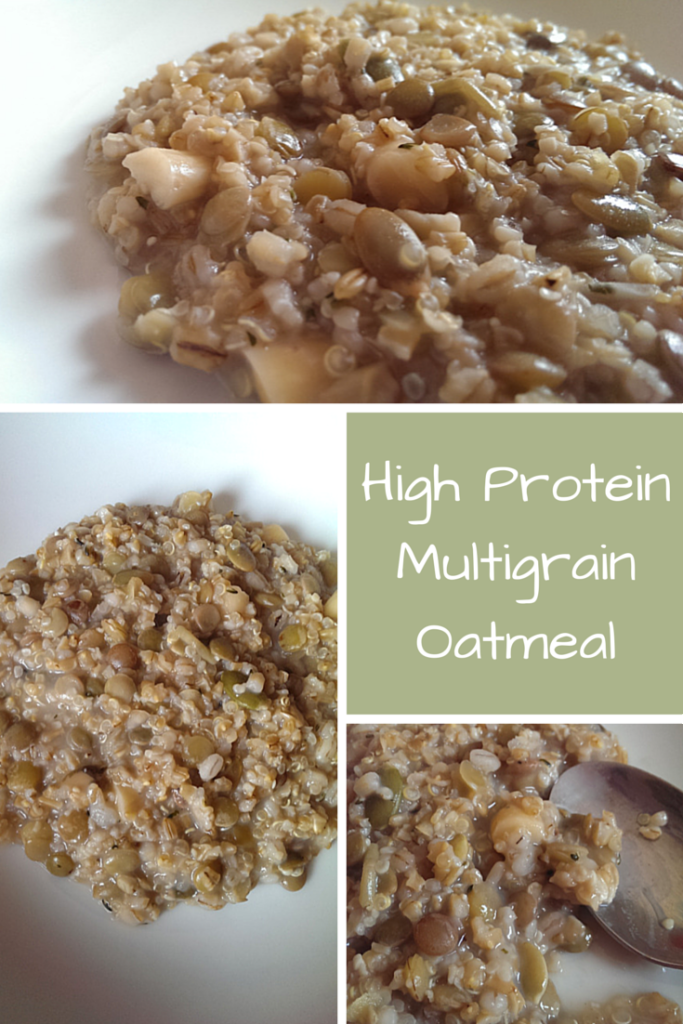 Oatmeal and I took a long time to find our groove. For one, I am not a huge fan of goop. I prefer foods that have a texture; I can’t even choke down smoothies–there’s something about having food in my mouth that doesn’t feel the way it ought to that makes me want to hurl.

I’m also not a fan of sweets, and I find that sweet is pretty much the only flavour available in oatmeal.

Unless you want your mushy goop to be unflavoured. 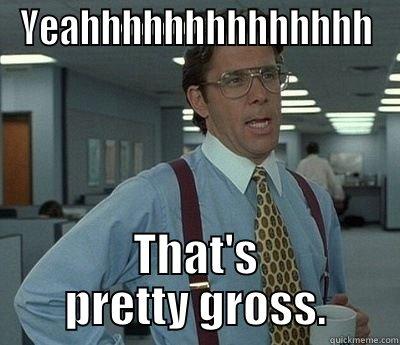 Lastly, as far as I’m concerned, one of the big problems with grain-as-breakfast-food is that it leaves you hollow about 90 minutes later. Your body is like, woohoo! Easy calories man! I’m going to convert them all to sugar, give you a high, then make you crash with a sugar-hangover, hunger pains, and headaches two hours before you can eat lunch.

So I spent pretty much my entire life eating leftover chicken and things for breakfast to get a complete meal of carbs, protein, and fats that didn’t involve eating eggs–cause I dislike eggs–and bacon every day. I mean, I love bacon as much as the next human being, but you gotta keep some things sacred.

Oatmeal is super healthy, however. My husband was able to do mad improvements to his blood cholesterol levels just really by eating more oatmeal, the occasional plant meal of high-phytosterol food, and psyllium husk (and we discovered this on recommendations of a doctor, not some pseudoscience, if you’re wondering).

I wanted to partake in the healthy without the mush. So one day, I discovered steel cut oats. And I realized that these are pretty much the most awesome thing ever, and I can’t figure out why anyone would choose rolled oats over these.

Well, I guess I kind of can, because one takes 20 minutes to prepare and the other takes 90 seconds. Except, I also realized that you could make a lot of servings of steel cut oats and put them in the fridge, and then just reheat them with a little water or milk, so you can still have your 90 second oatmeal if you really want to.

Only problem was, as great as the steel-cut oats were, they were still kinda unexciting and unsatisfying on their own. I was dealing with it, but I wasn’t excited about it. 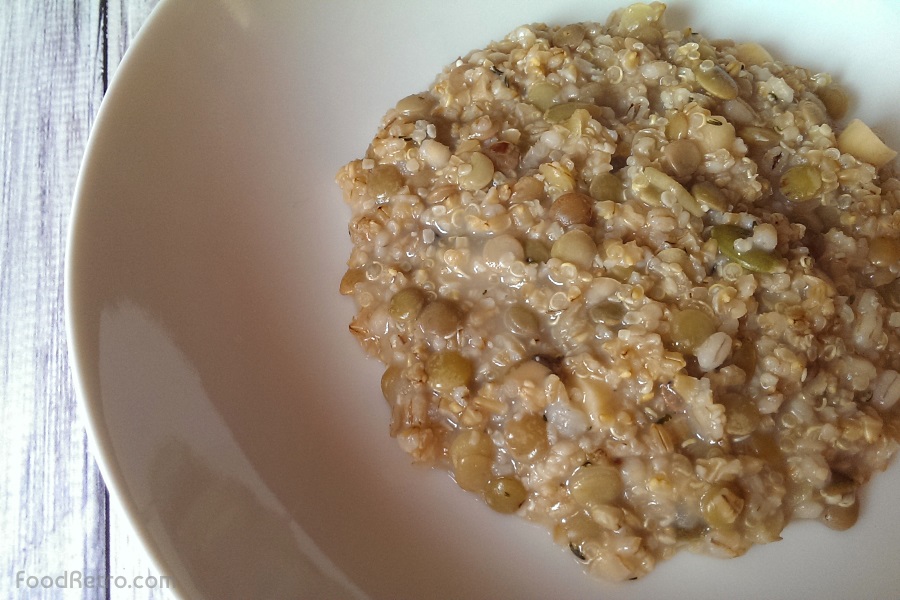 And then something magical occurred: I ran short of oats.

I decided, since I was a tablespoon or two shy of the amount of oats I wanted to prepare, what the heck, I’ll top it up with quinoa. It has the same cooking time. The resulting oatmeal was so much more satisfying, that I had a little eureka moment.

I kept fooling around with my breakfast, week by week. I added a few nuts. That was good. I added some hemp hearts. That was good too. And gradually, I came to this: I added lentils. Bingo! This multigrain oatmeal has enough heart-healthy fats and protein in it to make it a more complete meal, making it satisfying and filling.

If I had to guess, apparently I’m violating some sort of oatmeal taboo, because you’d think someone, somewhere out there would cater to us. I mean, not only am I pretty sure there are other people out there who would like to eat flavours other than brown sugar, but there’s also a whole world of diabetics who would probably like to eat something other than plain mush.

Haven’t yet found them though. I guess we need to rise up in the cafeteria and stab them with our plastic forks.

« Monster Jam – Not Just for the Boys
The Weetabix Recipe Roundup! #MyBixMix »