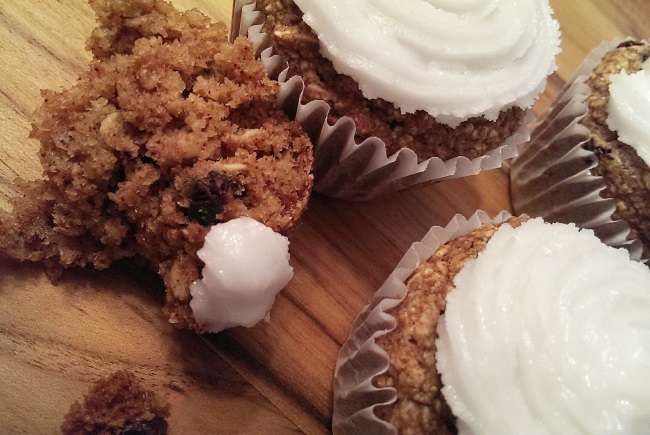 It was National Brown Betty day on October 5, and I’m a day late in getting up my celebration for it as usual! I had actually prepared it twice just last week, but utter exhaustion, smartphones and WordPress just don’t seem to get along.

The “brown Betty” had its name bestowed in dubious quotation marks back in 1864, in a printed article in the Yale Literary Magazine (The Oxford Companion to Food,  Alan Davidson, 1999). Nearly 150 years later, it’s still a well-known, fast and easy-to-prepare classic American dessert cobbler.  Trivia fun fact: it was also a Nancy and Ronald Reagan dessert favourite. 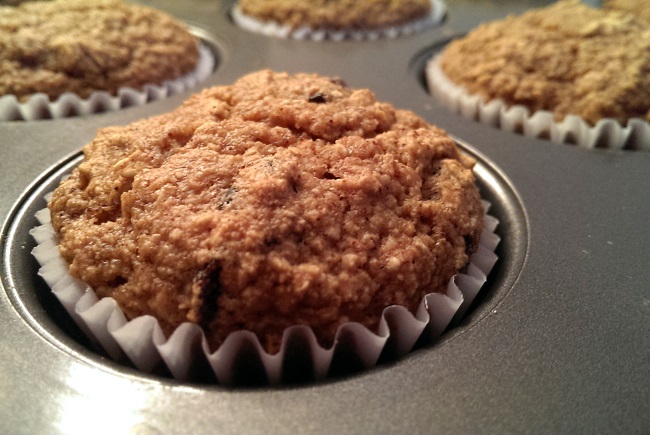 My inspired-by muffin was conceived to be a portable, individually-packaged, gluten-free gift/treat modelled after a cupcake in a jar.  Instead of multiple frosting layers, it was going have a layer of chunky baked spiced apple and a dollop of thick, lucious lemon buttercream frosting.  The muffins, alas, were gifted/kidnapped and consumed before I could make the apple filling.

Heck, I lost several before I even got them out of the pan.

As far as I’m concerned, all that means is that they’ve bumped themselves up into the “will most definitely make again” category… after I barricade myself in the kitchen! 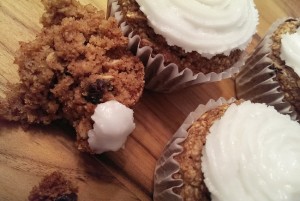 Inspired by the classic American dessert, this naturally gluten-free muffin is rich, buttery and spicy. It can be dressed up with baked apples and lemon frosting.

Inspired by the classic American dessert, this muffin is a true taste of fall: crumbly rich, buttery, and cinnamon spicy.  For a more "authentic" spin, kick it up a notch by slicing the muffins in half and fill the layer with warm, spiced baked apples and ice with a tart-sweet lemon frosting!

You can make your own small batches of oat flour by hand with a blender or food processor by pulsing and stirring until a flour-like consistency is reached. Using oats that haven't been processed in facilities with wheat gives a naturally-gluten free treat. Chilling the muffins the fridge first makes it easier to peel the paper. 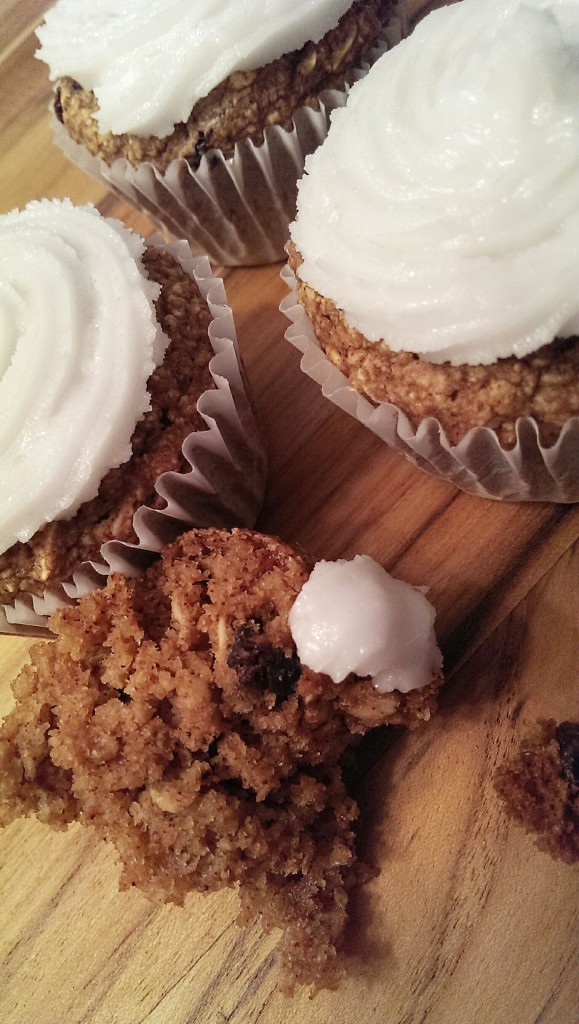 « Simple Pleasures (Or, What Keeps My Butt In The Kitchen)
2014 Gardening Resolutions »