I don’t know about you guys, but I’m glad April is here! It’s finally spring. The time where Canadians come out of their home-caves and all swear to lose weight gained from being sedentary over the winter. I mean, you can hardly blame us, especially the last couple of winters. Too bad hubs isn’t retired enough for us to be snowbirds, ‘cause I’m definitely starting to see the appeal.

Anyhoo, like most, we’ve also made that pledge to be more active outside, eat better, and lose weight. Well, hubs and I have pledged to lose weight, anyway; kidlet’s already a skinny-enough kid.

Interestingly enough, where skinny kids and winter bellies intersect, there’s a concern over whether we’re all getting enough nutrition—this is something I probably obsess over more than I need to; after all, we live in North America, and I’m satisfied that we’re not the worst eaters in the world.

Nevertheless, in a move that may or may not be precipitated by my concerns that hubs and kidlet are only allowing me to pack carrots and cucumber slices in their lunches lately, I’ve decided to push the boundaries of their eating habits and explore some new healthy portable foods and snacks. Everything in moderation, right? It’s not just for excusing the occasional junk food; it’s meant to encourage a person to eat well and diversely, too.

We could all eat a little more diversely. And not just us but probably you too. Because, really, does anybody go around and say, “Yeah, you know, I’ve been cutting back ‘cause I’m just getting too much variety in my diet”?

I’m pretty sure nobody does that.

Then again, if you do know anybody like that, you have my permission to thump them.

In the spirit of new food adventure, I’ve been experimenting for a week with Breton Bean crackers and Breton Popped! Beans cracker chips: crackers whose primary ingredient is bean flour instead of wheat flour, like regular crackers are.

Gluten-free products have really improved in taste and quality over the years. Even if you’re not celiac or adhering to a gluten-free diet yourself, there’s a lot of nutritional benefit over choosing products made from alternative flours–not least of which is higher protein and fibre content than regular crackers (there’s 2g protein and 3g fibre in the Breton Bean crackers; 2g each protein and fibre in the Popped! cracker chips).

I keep telling my six-year-old son that it’s worthwhile to experiment because he might discover cool new foods that he likes to eat. Whenever he’s reluctant to try something new, I always remind him of the grief I got from him the first time I introduced him to pomegranate (his favourite fruit ever since).

Sometimes, especially when you’re a food blogger, you invent cool new things to eat when you try a new food. For instance, take a cracker that’s surprisingly bold (in a good way) with spicy pepper. You have a party going on in your mouth from the cracker alone and you think, “Wow! I wonder what I should eat this with.”

I’m kind of addicted, by the way, to Breton White Bean with Salt & Pepper and Breton Popped! Beans Sea Salt & Pepper cracker chips, and I’m kind of hard pressed to pick a favourite. Salt and pepper makes an awesome cracker. Who knew?

Anyhow, as I sifted through the topping and dipping possibilities, I had a small existential crisis. None of my old recipes were going to cut the mustard with these crackers. At all. They were meant for the old worldview that a cracker is just a delivery system.

Something that isn’t really meant to contribute anything besides a crunch to the bottom line of the snack experience.

I love a good challenge, and suddenly, my foodie analysis brain got interested. My first thought was: fresh stuff. Vegetables. A simple but flavourful experience, like tomatoes, herbs and mozzarella; or cream cheese topped with an edible pansy blossom (both amazingly good, by the way).

I puzzled longer over the Breton Popped! Beans Sea Salt & Pepper crackers chips which were made from chickpeas and red beans, just as boldly flavoured as the crackers, and the perfect size to be dippable. I turned over a few ideas in my head and then thought about how good they would be with something that was refreshing and crisp—not the easiest thing to get into a dip, unless you’re doing fresh salsa. I perused my fridge, saw a green pepper on the shelf, and it was like a sign.

Chickpeas, crisp green pepper, and lemon in a refreshing hummus dip to cool the mouth after a spicy bite. Yesss….

Thus the Cool Bell Pepper Hummus was born. Both the hummus and Breton Popped! Beans Sea Salt & Pepper are awesome on their own, but they go great together too–like cheese softens the bite of jalapeno-laden nachos, or celery soothes the tongue after a buffalo wing. 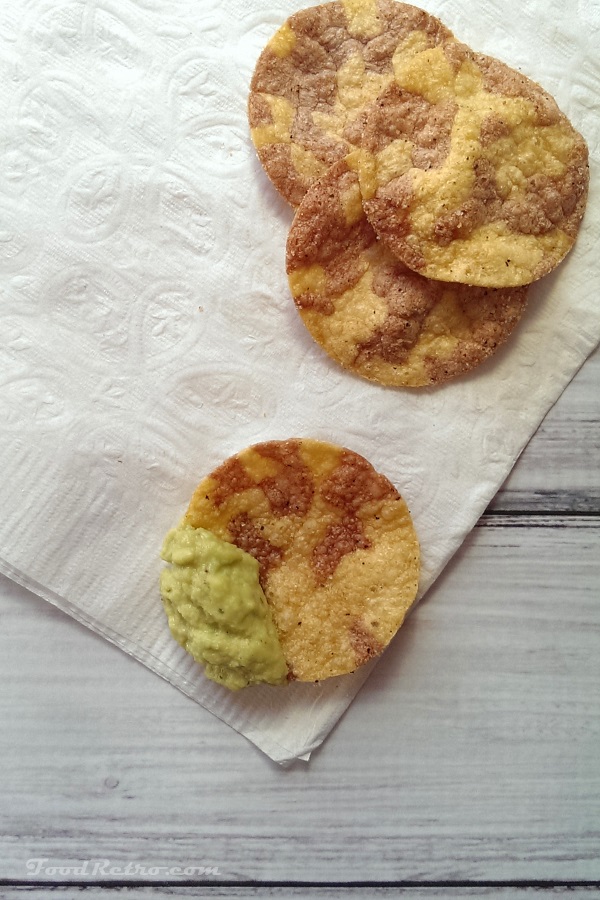 For those curious about more details on the Breton Bean products:

How about you, my readers? Have you ever done an awesome food pairing with a salt & pepper cracker? Tell me all about it in the comments; I love talking recipe creation with people.

I also want to let you know you’re invited to come out and join the #BretonBean Twitter party on May 21! Visit the sheblogs Canada website for the RSVP. Hope I’ll see you there! There’s upcoming contests on Instagram and Twitter as well where you can win cash prizes and other Dare Foods products.