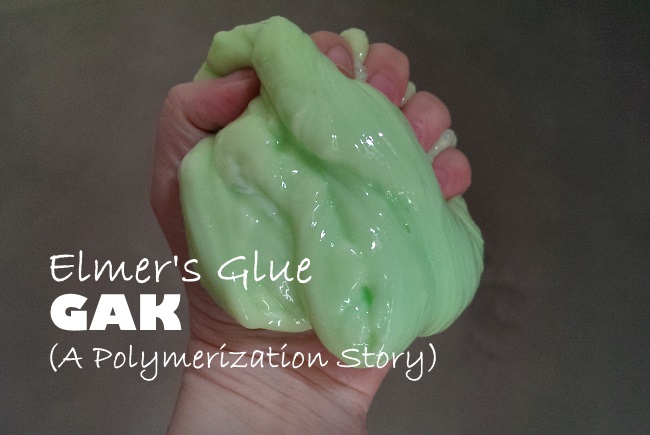 I have to admit, I don’t do much in the way of crafts. Yeah OK that’s weird. I can do food, but I won’t do crafts. What can I say except that I know my limitations. What does pass for crafts in my book often look more like science fair projects.

I was raised weird. Deal with it.

In SK last year, my son’s school banned Halloween treats from their annual classroom party, both because of food allergies and because the school has a healthy food philosophy in effect. Being a food-allergy mom myself, I can’t exactly argue with wanting to make the classroom safe for my son and other kids with food allergies, but I felt so bad about being part of the reason that I asked if there wasn’t something I could do to make Halloween fun for the Kindergarten kids. The teacher sent home a recipe for home-made slime/flubber/GAK, which I had totally forgotten existed. 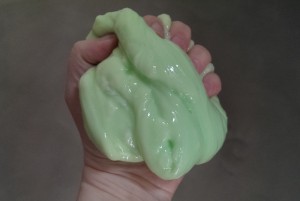 This is the classic recipe for Elmer's Glue GAK (or slime).

Why it works: Elmer’s glue is polyvinyl acetate (not to be confused by polyvinyl alcohol, or PVA, which is used to make the good stuff!).  The molecular structure of it resembles long strings… a little bit like spaghetti. When adding borax to the solution, B-OH molecule groupings on the Borax react with acetate on the glue molecules.  The molecule of Borax kicks out two acetic acid molecules and forms a new bond between two glue molecules, linking the two strings together side by side. This linking between the two glue molecules and a borax molecule is called polymer cross-linking and it makes a bigger polymer molecule, which is now less liquid-like and more solid. 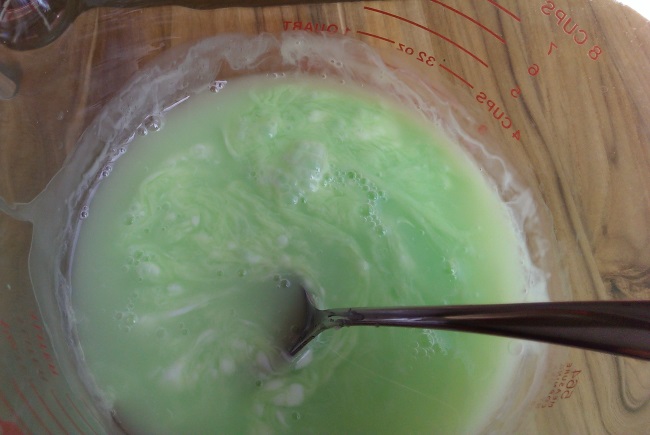 Playing safe with Borax: Borax has lost a lot of love since 2011 after coming under fire for being a skin irritant and because it may disrupt male hormones when ingested/absorbed through the skin (damaged skin) in large amounts. MSDS here, and duly noted. So, for your daily PSA: please don’t eat your GAK, make it daily and plaster yourself with it, bathe in it, or rub it over your open sores. I would just like to take a brief moment to point out soy has a proven adverse effect on hormones, and potassium sorbate is possibly a genotoxic and mutagenic compound in humans. Guess which are common food additives? Not saying Borax is 100% safe of course, but do try to be mindful of how you handle it and that there are many other GRAS items out there that are just as harmful or proven more so. 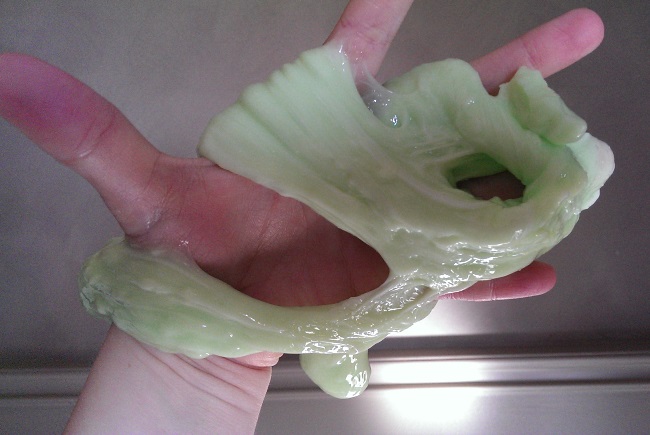