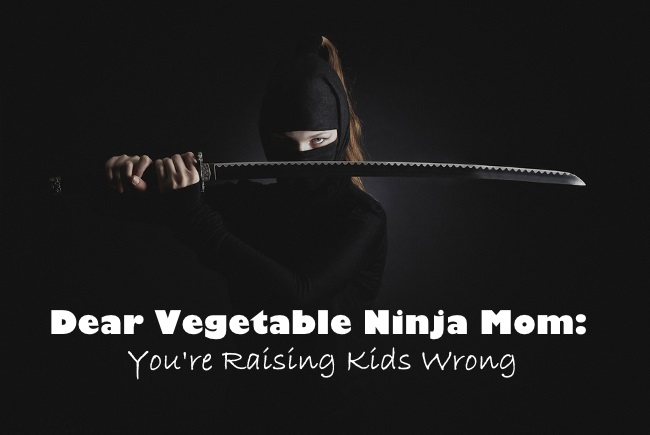 When it comes to getting kids to eat fruits and vegetables, popular parenting says you should be like a ninja: vegetables should be a priority, and you should be fiendishly sneaky about it.  Hide veggies in muffins. Puree it into tomato sauce. Smother it with cheese sauce.

Why? So kids have no idea they’re eating good things. Stop and digest that for a second. At the root of the entire vegetable sneaking is the concept that you don’t want a child to know that they’re practicing a healthy lifestyle–one that they should be actively encouraged to embrace given the shocking rates of obesity in North America.

One can’t assume that kids will just grow up and suddenly decide that they frigging love broccoli. It’s possible that they might (I learned to love broccoli only after I married and moved out) but the impetus to learn is a lot more likely going to be doctor’s orders than deciding to expand their culinary horizons.

You have to play an active part in teaching them to include them in their diet. And you can do this pretty much from the time they start gumming something to death. Here’s some tips on how:

Change your attitude about vegetables.

Make being more connected with vegetables part of a lifestyle. Make it something that kids can feel part of the process of, because it’s amazing how much the act of growing gets a kid more interested in their own food. Eating something you grew yourself is cool, man! And fun. Making good food fun is half the battle.

Get a couple of of tomato plants. Name them. Care for them. Grow emotionally attached and weep quietly when blight or chilly weather does them in. 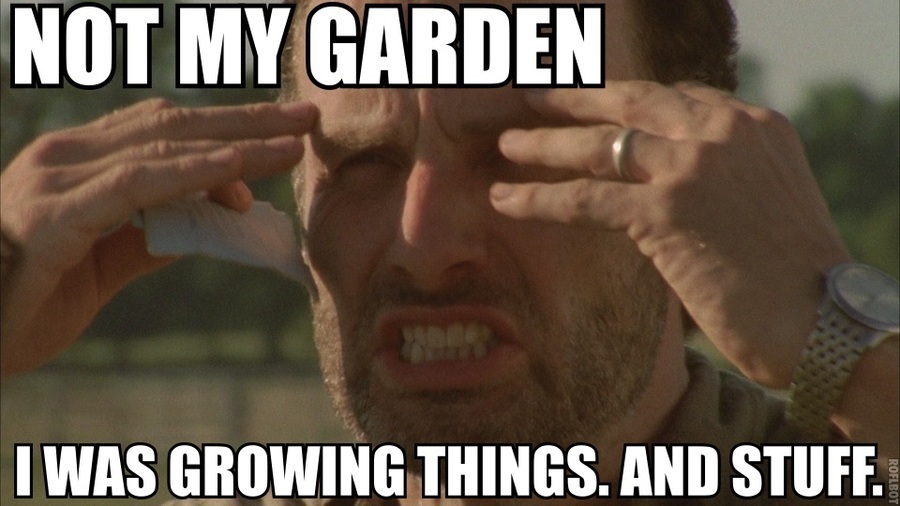 If your idea of a vegetable side dish is boiled peas on the side of a plate, then no wonder your kids hate eating them. Boiling a vegetable to death is cruel and unusual punishment, and you should be ashamed to inflict that on anybody in this day and age. Pinterest has eleventy billion recipes for all the vegetables that people tend to boil to mush.

“But Anne!” you say, “What do I put my frozen peas in instead?” Thaw them, toss a handful in your food processor with some pine nuts and olive oil, and make an awesome, bright green pesto for pasta or risotto. It’s freaking awesome. 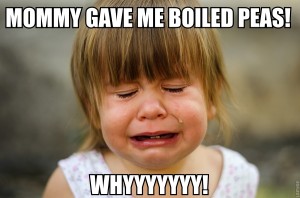 Reduce sugar (and other bad things) in their diets.

Do your kids pack a cereal bar to go instead of a hot breakfast? You may want to reconsider letting them eat it. Most commercial cereal bars, in a single serving, pack between 1/2 and 3/4 of an adult‘s sugar intake per day.

Sugar is terrible for you. Everyone knows this. It’s also quite astonishing how much is added to things to make them more “palatable.” Your average green vegetable serving has between 1 and 6 grams of sugar in it. Teenagers in North America are consuming as much as 136 grams of added sugar per day (34 tsp). To put that in perspective, that’s like a kid sitting down with 3/4 of a cup of table sugar and a spoon.

When you eat that much sweet stuff, you become desensitized to it. It’s small wonder, then, that vegetables taste bitter or unappetizing.

And just how often should a kid be drinking pop? Somewhere between when hell freezes over and never. 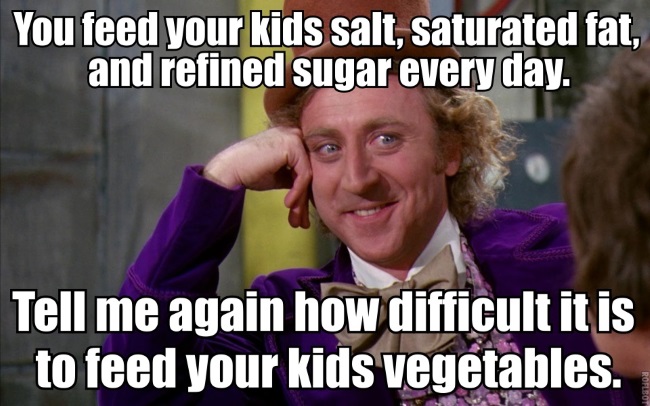 Never fight about finishing a food with a kid. But do insist that they must try one bite. The first time or two you have to enforce this rule, they may sit at the table a while, but eventually they’ll figure out it’s much less exhausting to eat a bite than it is to throw a fit, and much less boring than sitting staring at their plate till bedtime.

Once they’ve come around to the one bite rule, then you can implement try, try again. If they don’t like kale chips, maybe they’ll prefer it wilted. Or in a smoothie. Keep the kid in the loop so they feel like they’re part of the process. Say, “I know you didn’t like ____ before but I cooked it a different way, maybe you’ll like this better. Can you try it?”

Ask the child to try to use their words to explain what it is about the food that they like or don’t like (this will take practice, but worth it, in the end!). Articulation will mean less frustration to them, and it will give you clues about why a food is being rejected. My son loved spinach wilted but would always gag and cry when I gave it to him raw. It wasn’t the texture, and it wasn’t the taste–he was taking bites too big and not chewing it. Give kids a choice.

You know why your kid is Satan in a sundress for you, and a perfect angel for everyone else? It’s all about power. Kids are little apex predators in training, and they can smell weakness. When you’re wishy-washy about vegetable eating in general (especially at  6:30 PM after a harrowing day at work), you’re a lame gazelle on the Serengeti plains self-basting yourself in BBQ sauce.

You are an adult, with decades of experience in cunning, and being outmaneuvered by a 5-year-old is something that should only happen on the playground. So what should you do? Give them a “choice” that makes them feel like they’re in charge, but really just bends them to your will. “Sorry, sweetheart, we need to eat a green vegetable now. Would you like cucumbers or spinach?”

If you’re feeling particularly ambitious and/or something in the fridge needs using up, offer them a choice between what needs to be eaten and something you know they despise to achieve the end results.

Forget the Vegetable Ninja shenanigans.  You are Littlefinger.

« Twas the Friday Before School Started…
One Year Without »