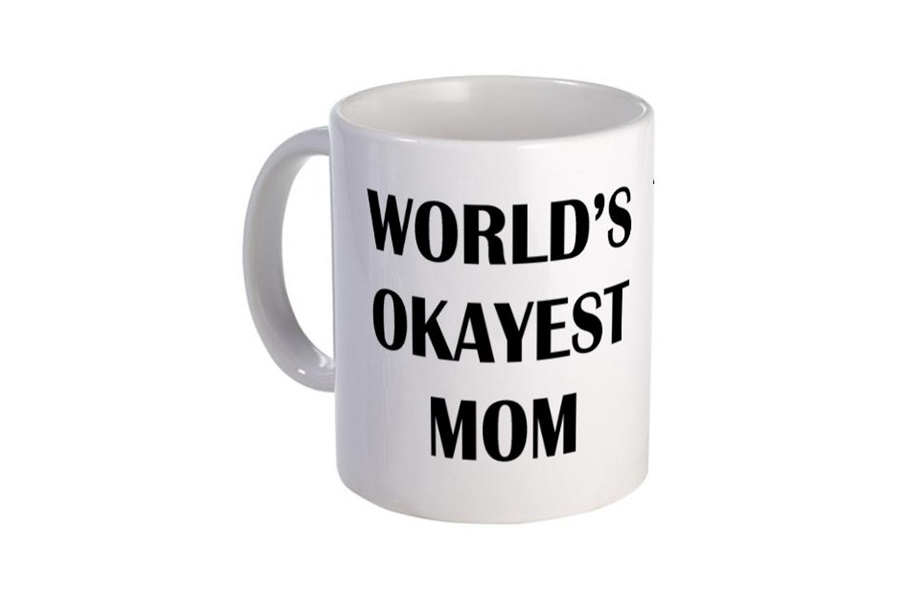 This parenthood thing. I used to think it was the hardest thing I’d ever encountered when kidlet was an infant. Looking back, I can’t help but think, what the heck was I thinking?

Babies are easy. They’re not out to get you. They have a very limited criteria of needs and problems, and you sort of work your way down the list of food, comfort, diaper, until something fixes whatever problem that’s making baby cry. The hard part of having a baby is getting yourself un-sleep-deprived enough and dehormonalized enough to have the energy and patience of coping with the steps.

Yeah, dealing with poopy diapers sucks. But babies are easy.

Having a walking, talking, thinking kid? And being trusted by society not to mess them up? That’s hard, man.

You don’t believe me? Here some of the craziest things I’ve ever done as a parent, and none of them happened while kid was in diapers.

That time I murdered gingerbread men…

When my son was about four and I was still in possession of the belief that Certain Rituals Must Be Upheld – in this instance, Christmas cookie baking – we spent hours in the kitchen making vegan gingerbread men (he could eat the raw dough! No salmonella!)

He called them man-men, and he was playing along ever so nicely, and we were having THE BEST MOMMY AND SON TIME EVER. Until I stuck the gingerbread men into the oven… That Thing You Must Not Touch. My son emitted the most horrified scream I have yet to this day heard him scream, shouted that I was KILLING HIS MAN-MEN, and ran up the stairs sobbing and 100% traumatized.

After this, I was required to be The Great Pooper of Parties, informing my son that Gingerbread men weren’t living creatures who were going to die in the oven, and thus ruining Christmas magic in favour of hopefully not having to pay for therapy later.

That time I used Scooby-Doo: Mysteries Incorporated as an example of how not to treat women (or anybody)…

Getting through school is hard enough for kids (let alone girls) without a show teaching them that same tired old crap that smart girls are ugly or uncool. And that they smell funny. This show might have sparked a 1 hour educational lecture about disrespect and misogyny.

That one time I condoned violence…

I was an avid volunteer in my son’s kindergarten program, and we were all about the buckets and “using our words.” Then he changed schools and went to first grade where there were bigger older kids with lots of siblings who liked to be dinks. After that incident that happened with the purple backpack, my son was super sensitive to being bullied verbally. And then there was a kid who started being a physical bully, and the school didn’t seem super keen on doing anything about it despite kidlet coming home bruised. Repeatedly.

In retrospect, watching The Karate Kid after that incident might not have been the smartest idea I ever had. Or maybe it was. History will judge me later. We might have had an in-depth discussion about when it’s appropriate to use force to defend oneself.

I might have actually told him in specific instances I would back him up if he needed to “empty someone else’s bucket” for a change. And… he did. And I did. And because things improved, I’m not sorry.

That time we had “The Talk”…

My son is kind of getting to that phase where he’s been watching every show and documentary he can find on Netflix about dinosaurs. Walking with Dinosaurs, Bigger than T. Rex, you name it. And when he started talking about people and other animals hatching out of eggs, I realized “the talk” has been kind of overdue. So probably after the third time I said something like “mammals give birth to live young; your wolf stuffy didn’t hatch out of an egg” I wasn’t exactly surprised to hear him ask how babies get born.

I was totally rocking it, using proper names for everything, and explaining the basic biology of having a baby. Amazingly enough, kidlet did not run screaming. In fact, he asked me more questions, like which organs do what and how. I GOT DIS, I thought.

And that’s when I described a certain part of the male anatomy as a “delivery mechanism.” 7-year-old kidlet thought that was the funniest thing he had ever heard.

And now he calls it that. Oh god, why won’t he stop calling it that.

I was obliged to tell his daddy later that evening that further discussions about male anatomy and… things… are his job. Hopefully before he watches American Pie or something.

And some of the other weird, random crazy things have done…

I yell at him to stop yelling.

I have had a heated debate with him about showering so he doesn’t stink. Have you ever had to argue with a kid trying to build a logical case about why he doesn’t need to use soap?

I might have told him during last summer break I was going to set the television on fire he watched one more episode of Caillou or Paw Patrol on Netflix while I was working.

I have told him that I forgot to text the tooth fairy to let her know to pick up his tooth.

And last but not least… I once put him in the snow barefoot cause he was having a meltdown over putting his boots on for school and told him he could walk to the bus without his boots instead if he wanted to (he did not).

« Creamy Mushroom Pasta (and Men Belong in the Kitchen, Too)
Creamy Chicken Done However You Like It #BornOnTheFarm »