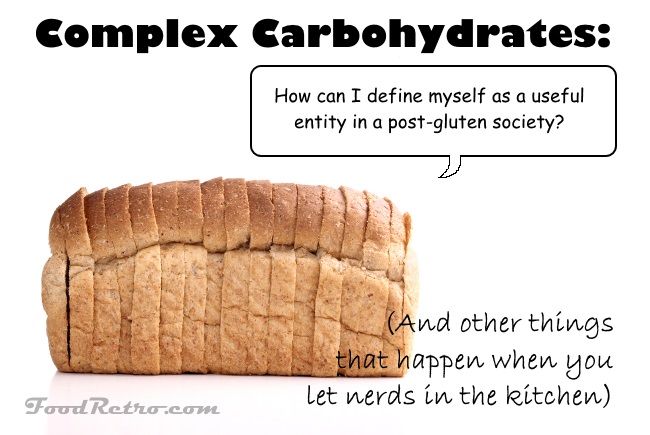 I consider myself a pretty proficient baker of most things bread these days (even if I still dislike working with wet doughs). Mostly, what I’m saying is that if I don’t know how to make it, I think I can figure it out. Even if I fail, the results are usually edible, and sometimes they make a good story, too.

I come from a long line of know-it-alls, smart-asses, and “improvers.” Sure enough, my son is showing every sign of following in our footsteps, to the point that I whisper apologies to my mom at least every other day for the holy terror I must have been. I would feel worse, but I figure I’m sure I picked it up from my parents, just as kidlet has picked it up from me, and so I was probably was just karma for what they did to my grandparents.

Parental payback. It’s like one of those circle of life things.

Anyhow, I was a kitchen smart-ass early in life. My dad was not. One summer BBQ, he made charcoal out of burgers and hot dogs. He was miffed that the entire family decided to go hungry rather than eat them, and in a fit of pique, tossed them out on the front lawn. Sweet vindication came three days later when they had to be collected and disposed of because even the dogs wouldn’t touch them.

There was also an entire summer where my siblings and I existed on mayo sandwiches because the only alternative was frozen red beans and rice. Do you remember that diet fad? I certainly do; I have made a point of ignoring the existence of almost all legumes for the entire rest of my life. That was also the same summer that I consumed enough soda pop for the entire rest of my life and quit drinking it.

This isn’t to say that my dad was without skills of his own. It was my dad who taught me how to make smoke bombs, and who would buy us Junior Chemistry sets and monopolize them, trying to make things kerplode. It may have been my dad who singed off his eyebrows in high school after he figured out how to make black powder from his chemistry book.

It was also my dad who I got into an argument with, when I was about the age of twelve, over the requirements for making pizza dough rise. Coincidentally, I can’t recall having any normal arguments in my childhood. These are the things that stick with me decades later… having a science nerd fight over whether seltzer water could provide an adequate source of carbon dioxide for making a proper pizza crust in the absence of yeast (it cannot).

By the way, if you’re ever tempted to make pizza dough with seltzer water (which IS doable, but it will be thin crusted), learn from my dad’s error and don’t attempt to prove your smart-ass 12 year old wrong by spraying the dough with more seltzer water before adding your toppings. That my three-year-old stepsister vomited after taking one bite of watery pizza was just salt in the wound.

In hindsight, I’d argue that my dad’s cooking was showing improvement, because in the mad dash to get toddler projectile vomiting under control, the dogs were happy to work cleanup duty.

We ended up going out for burgers that night. Shortly thereafter, I was saddled with the family cooking, and my dad went back to playing with other, non-food related geek hobbies.

I can’t help but wonder sometimes if this is why I dislike working wet dough.