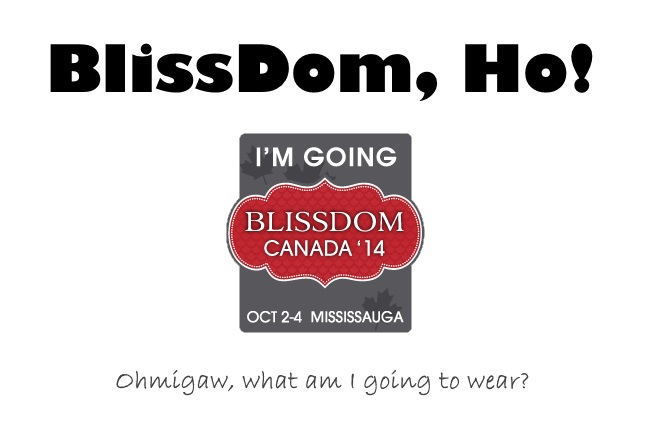 I wasn’t able to scrape together the funds to get to BlogU, BlogHer or BlogHer Food this year (we’ll try for one of them next year, crossing fingers), but there’s one more bloggers conference of this year in October that I’m going to make sure I get to. It’s Canadian, and just in Mississauga, plenty close to home. That’s right: October is BlissDom Canada time, and I’m already starting to look forward to the fall.

I could regale you with more stories about how blogging is a long and lonely road, and how going to the conference is totally worth it for your career (it is), but I already wrote a normal post about that and you can read about it here. Instead I’m going to tell you about some of the other reasons why Bliss is awesome and you should be going.

The little things will make your day.

The very first person I met at BlissDom Canada was Julie Cole of Mabel’s Labels. Together we puzzled out the parking meter in the Delta Meadowvale lot. Every other time we ran into each other after that, we yelled “PARKING LOT BUDDY!” at each other. We were sober every time. Craps given about odd behavior in grown women? Zero.

In the very best of Canadian traditions, friendly strangers will greet you with cheer and ply you with alcohol.

I was so wired about going to my very first conference, I showed up early and wandered like a lost sheep around the lobby, hoping someone would take pity on me and drag me under their wing. It took about 5 minutes to find someone who did just that, and I was hustled to a hotel room and poured a glass of wine in a red plastic pint mug. I made another friend in Susan Ovington of Lil Miss Neat, we spent about an hour in pleasant conversation, and I was well-fortified (read: too tipsy to care) before going out to meet a hundred-or-so strangers.

You’re not huggy? Now you are.

I went in as a person who liked my personal space and endured the enthusiastic hugging of many people I barely got to know. I assumed it’s cause I’m a fluffy person; I’m very huggable and everyone wants a piece of me. Go with the flow. You will get over hugging aversions and melt your husband’s brain when you tell him how much time you spent in the arms of other women. 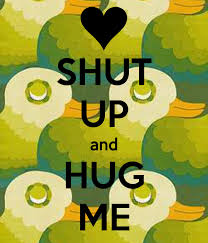 I don’t know who they are cause they wouldn’t give me a card. Maybe they weren’t huggers. I’m sure they had a good time playing by themselves in the corner.

The Delta Meadowvale has the biggest tea pots ever. And Tim Hortons will be there (bonus).

Zeus only knows, I really needed the caffeine to get me through every day last year, although it was a delicate balance in trying not to have to run to the bathroom every 5 minutes and trying to stay awake.  In spite of having a ton of fun, I wanted to crawl under my bed at the end of every day and hide while I trembled in exhaustion. I must be an introvert.

Btw, Timmies, coffee station the first evening, pls. You can even charge us $10 per cup. We need it to sober up after the opening reception.

Before and during BlissDom, I spent one evening in a tweet duet of Bohemian Rhapsody with Christella Morris of Crawl the Line, I got photobombed by Laura Berg of My Smart Hands while I was taking a photo with a hot guy, I got to thoroughly enjoy bacon for breakfast with other women who loved bacon and weren’t afraid to show it, I witnessed the brutal group takedown of a Twitter troll, and I was in a crowd of 450 women and 4 men who all got the sniffles when we heard about the story of the man who was “just a janitor.”

That doesn’t include any of the educational stuff I learned, and I didn’t even make it through the evening parties cause I was commuting.

This Is Bliss. And it’s worth every penny. But if you think you still can’t afford to go, then you should check out their #ThisIsBliss contest where you can win your ticket, airfare, and so much more.

Now if you’ll pardon me, I’ve got a Throwback Thursday outfit to figure out and I need to buy an awesome pair of pajamas.