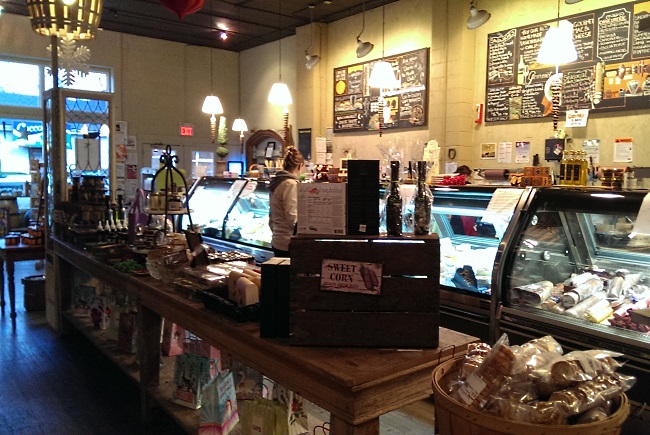 It’s true that Hamilton’s foodie community isn’t quite as extensive and flamboyant as some of the areas west of here, but they’re beginning to crop up all over the place, especially if you know where to look.

At the very heart of my food journey is a desire to become reconnected with with the whole business of food. I’ve been gardening, I’ve been cooking from scratch, but there’s always things I need that are not within my ability to grow or make. So I hit the road this past week to make some community connections, reaching out to some local businesses and local farmers vis-à-vis. 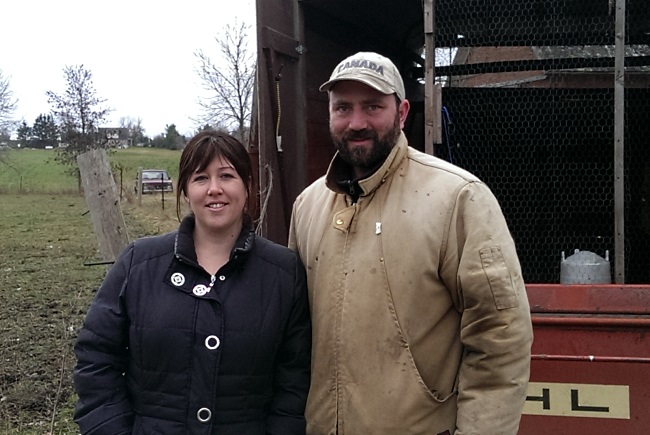 Rather than go the electronic payment route, I stopped in at Rosedene acres and met Larry & Alison with cash in hand to pay for my quarter cow. The calves weren’t interested in coming over to say hi and take pics, but one very friendly farm cat did! Larry gave us the 5 cent tour, talking about the challenges he has to overcome as a smaller farm with not quite as much pasture to rotate as he could wish. He raises Kerry, a rare heritage breed here in Canada that tends to be a smaller and sturdy breed that does great on pasture and hey and in less than ideal weather conditions.

Don’t be intimidated by working directly with a farmer. This has been my first experience with grass-fed beef, and direct from farmer at that. I must admit, I was expecting the whole process to be more daunting than it was. In fact it was quite simple. Between the farmer and the butcher, they walked me through the process, and everything was sorted out in less than 15 minutes!

My mother-in-law did ask me how eating a cow that’s a rare heritage breed helps improve the numbers. It’s a good question, and the truth is that large farming conglomerates don’t do the whole biodiversity thing. The result is a trend towards monoculture, which is an exceptionally dangerous way to live (ever hear of the great potato famine?). Supporting the farmers who keep unusual animal breeds and plant strains keeps them alive because as demand grows, they and other farmers have the incentive to meet the demand. They’ll breed more. 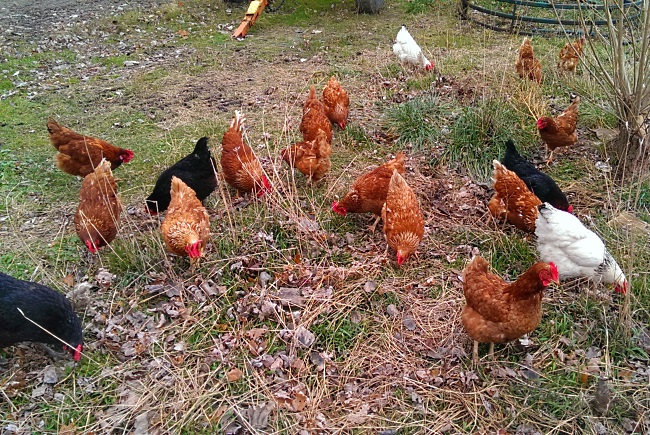 Larry and Alison also raise free-range chickens, which were tame enough to come pose at my feet for the camera.

After that, I meandered downtown to Locke Street. When I lived and worked downtown, I used to window shop around Locke all the time, but I haven’t been by for a while. There were some nice new additions, including Cheese Shoppe on Locke, which was a surprisingly large and cosy store for the area. I met with Catherine and Tor and had a nice chat with them. In addition to cheese, of course, they also featured a lot of bric-a-brac, art and some beautiful cutting boards on consignment.

Catherine mentioned that those cutting boards were more expensive, but the quality was high. I understand her angst about how people tend to vote with their dollars. I had recently been shopping for a large wooden cutting board, and every one I looked at had been made in China. While they were cheaper, they weren’t by much… only about $10. Every day there are hundreds of stories about contaminated goods, lead paint, labour violations, and other safety hazards involving low-cost Chinese-made goods. What do we really save?

These boards she showed me not only were domestically made, they also came with a great story. Catherine told me they were made by two brothers who had been alienated and were brought back together. One abandoned his practice in Chiropractic medicine to go into business together with his brother making these cutting boards. 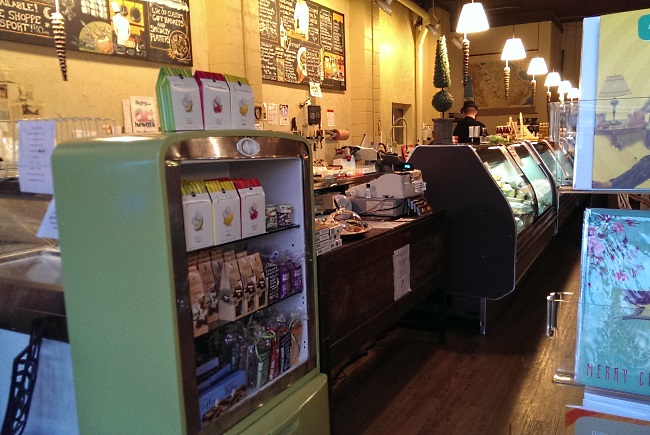 It just goes to show, sometimes it’s the little things that can create a bridge between us.