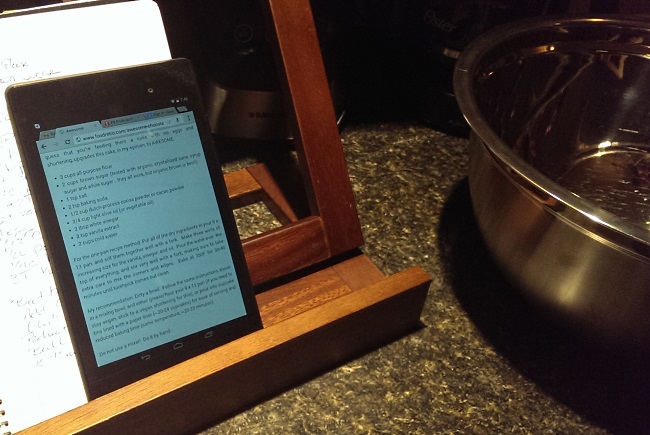 I’m a tech geek, I’m married to another tech geek, and almost every room in my house is outfitted with computing power. We’ve got smart phones, a desktop in my office upstairs, a touch-screen computer in the living room, and televisions in basement and bedroom which act as extensions of our media server.

My kitchen, on the other hand, has been almost aggressively backwards. The most advanced piece of equipment in there is my stove. My coffee maker has only the most basic of settings, my microwave is on its last legs, and my dishwasher is as old as my house. I don’t even have a stand mixer! I’ve been kneading all my bread the old fashioned way and killing off electric hand mixers making whipped goods.

I didn’t have a point to prove by keeping my kitchen in the dark ages. It just has consistently fallen to the bottom of the priority list despite being the center of my blogging universe and the most-used room in the house. My desk, the second place I spend the most time every day, is on a different floor. It’s a poor set-up for someone who spends so much time online doing research of one kind or another and who may need internet access hands-free when hands might be covered in dough. 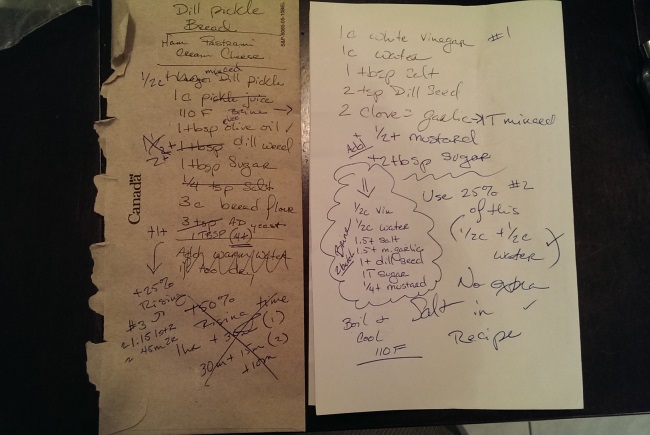 I’ve been scribbling notes and recipes on notebooks and scraps of paper at my desk and then bringing them down to the kitchen. This method is handy when I’m working on a recipe, but I’m guilty of continuing to refer to these scraps because they were convenient. This is bad, because they only live long enough to be destroyed by cooking. This is assuming they somehow avoid being swept into the kitchen paper pile.

Admit it, you know what pile that is.

When I was in a pinch, I used my phone. Although it’s a bigger phone, it’s still kind of hard to follow a recipe and it’s worse because my phone has a 30 second timeout and password lock. The settings are great for preserving battery life when texting, but SUPER annoying when cooking.

Then I got a Nexus 7 tablet for me and me alone. I’ve never had one that I didn’t have to share before. The old (broken) tablet we owned was loaded for bear with Kidmode and dozens of learning apps for kids, and it chugged like an old man doing a waltz in a pool of molasses. I couldn’t bear to touch it anyway. If you’ve never seen what a kid can do to a touch-screen device, just picture slimer in the library in Ghost Busters. 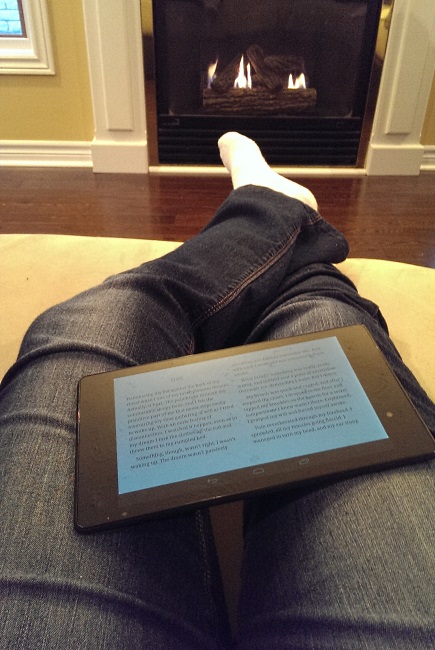 But back to my tablet. I love this little gadget; it’s my new best electronic friend. It’s a lightning fast little thing compared to the old tablet, a perfect size to hold one-handed or shove in my mom purse, and it has a nice crisp clear screen for reading on.

I’m not the only one who’s gotten good use out of it. My son’s school is all excited about this Raz-Kids reading program. It’s the only real homework he has in Kindergarten, and it has to be done on a computer. Android has an app for Raz-Kids, so he stays in the kitchen and works on it with me while I’m making dinner.

I make him wash his hands first. 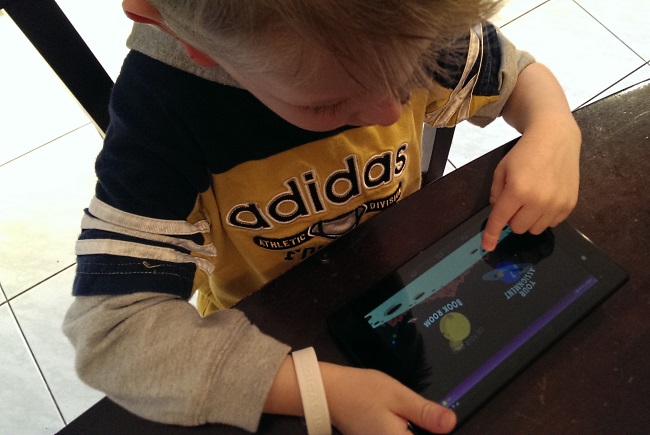 It’s great being able to respond to people on Twitter, browse Pinterest, or even just browse cat pictures while I’m having a tea at the table and waiting for cookies to finish baking. I can clear my counter and kiss my half-finished hand-written recipe binder and pile of paper scraps goodbye.

Maybe one day I’ll get the hang of typing legibly and quickly with this thing, but I doubt it. I cheat and use the voice recognition. A lot. Using one finger tip is more convenient in the kitchen anyway, so I haven’t been properly motivated to get used to the keyboard. Voice recognition is awesome, and being able to dictate a grocery list or record a dialogue is great.

I can’t tell you how many times I’ve been in the middle of something and thought: “Ok, need to remember x, y, z… Totally important.” Then the kid comes up to me and says, “Mommy, come look at what I did to the carpet!” or some equivalent. Well, whatever it was, it has now been forgotten forever.

Staples Canada kindly offered me a Nexus 7 tablet, asking me if I could use it to make my life easier in the things I do as a food blogger and mom everyday. And if I liked it, maybe I would consider saying a few nice things about it?

Could I?! Would I?! Yes. Absolutely. Thanks, Staples!