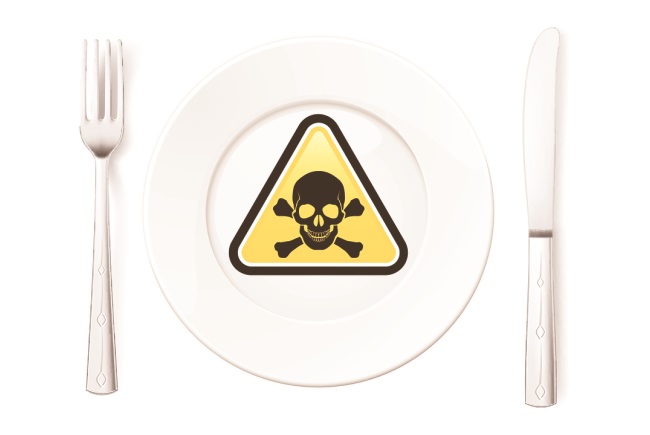 So Subway has made big changes to their bread. That’s pretty awesome. I’m HAPPY that people are finally getting upset over a food additive. I only wish that people would get upset over more of them. The worst thing that azodicarbonamide has been linked to definitively is asthma and other respiratory symptoms.

Even so, that’s still not a great reason to eat it, given that it’s being added as a bleaching agent and a dough conditioner. But it’s definitely the lesser of some of the evils we expose ourselves to when we eat a lot of premade meals and packaged foods in North America.

There’s no fewer than 5,000 different non-food chemicals that have been approved for the use in your meals by the FDA. Most are listed as GRAS (generally recognized as safe). Some AREN’T! But GRAS is no big deal, right?

Well, few long term tests are done on any given product. And secondly, as any pharmacist can tell you, chemical interaction is a major concern when mixing medicines. It’s no different in food, and there’s almost nothing done by the FDA in the way of research in the chemical interaction of substances in food.

So here’s a short list of common additives that we don’t need in our lives:

What they are: Four of the 7 approved FD&C dyes in North America are azo dyes – Blue #1, Red #40, Yellow #5 and #6.  They are manufactured from aromatic hydrocarbons derived from petroleum. These four dyes are found in almost all commercially manufactured foods like candies, soft drinks, energy drinks, chips, yogurts, condiments, cheese, margarine, and jellies–just to name a few.

What they can do: All of these colours have been identified as allergenic, especially to those who may already be sensitive to asprin, and can aggravate asthma, cause swelling, or result in gastric upset (nausea, diarrhoea, etc.). Tartrazine is the biggest offender of the four and sensitivity to tartrazine can cause gastrointestinal distress, hot flashes, anxiety, migraines, weakness, neurological disorders, depression, vision problems, itchiness, difficulty sleeping, skin discolouration and patchiness. There’s also been evidence that Tartrazine can affect male reproductive function. Oh and incidentally, Tartrazine is also the most prevalent.

The UK banned the use of azo dyes after finding a link between ADHD and hyperactivity in children who consumed the largest amounts of them.

What it can do: Potassium sorbate is a skin, eye and respiratory irritant. Frequent consumption can impair the absorption of nutrients from food, and lead to nutritional deficiency. There has also been some indication that it may form genotoxic and mutagenic compounds in the presence of ascorbic acid and iron salts (common food additives). Because the peripheral blood lymphocytes appear to be most at risk, it may affect the immune system.

What it is: A stabilizing agent to keep liquids from separating. In flour, bromine is added by bakeries to hasten gluten development. In theory, it bakes out when everything is done correctly. In practice, a trace amount could remain because of incomplete baking.

What it can do: Would you believe that brominated vegetable oil is in the same chemical family as flame-retardants like polybrominated diphenyl ether (PBDE)? Brominated flame retardants have been the subject of much recent study, because exposure to bromine is cumulative, and the chemical gradually builds up in your body. They have been linked to major organ system damage, hormone problems, birth defects (brain development related, ugh!), fertility problems, thyroid problems, growth problems, schizophrenia, and hearing loss.

You should know the FDA actually withdrew its GRAS rating from brominated flour and vegetable oil, but it’s still an allowed food additive. Think that you’re not eating very much of it? In a 2012 study, Vetter found that in the U.S., BVO intake dwarfs the level of our exposure to other similar chemicals.  Adults take in 4,000 times more BVO than PBDEs on average, for example, while kids get about 1,000 times more. The biggest sources: soft drinks and energy drinks.

Pepsi and Coke have voluntarily started removing BVO from Powerade and Gatorade.

What is is: An antibacterial and antifungal additive. It’s added to soaps, shampoo, toys, toothpastes, tons of cosmetics, detergents, and other cleaning products.

What it can do:  Triclosan is absorbed through your skin into your bloodstream. Take a moment to parse this whenever you use a hand sanitizer, soap, shampoo, or brush your teeth.

Triclosan was implicated in a 2010 study as a link in increasing hay fever allergies. That is, kids with higher exposure to the product were also more likely to have it. Hardly conclusive, but it gets worse. Triclosan has been found to pass through human milk and survives being washed down the drain. It’s an endocrine disrupter. It’s been positively linked to decreased thyroid and testosterone hormone levels. It may adversely affect the cardiac and skeletal muscles in people. It’s toxic to aquatic bacteria and plankton. Some of it survives waste water treatment to be spread as sewer sludge on conventionally grown agricultural crops. Oh, it can also bind to free-chlorine in tap water and becomes dioxins, which is also a nasty sort of endocrine disruptor.

The Canadian government and FDA says that companies aren’t required to disclose whether your various products use Triclosan. It may or may not show up in an ingredient label at all.

What it can do: You can be wicked allergic to it, for starters. Long-term exposure to BHT is toxic in rodents, causing liver, thyroid and kidney problems. It can affect your lung function and blood coagulation. It may increase the growth rate of tumours. Both BHA and BHT may affect reproduction and act as a hormone and/or endocrine disruptor. BHA has also been flagged as a carcinogen.

In a perplexing twist, certain levels of the antioxidants have shown that they might actually be beneficial. In my opinion, when there’s so many safer antioxidants you can be eating in any amount you choose, it’s like playing Russian Roulette.

Staggering, right? But just because it may be difficult (or even futile) to avoid all of them doesn’t mean you shouldn’t try to eliminate or avoid what you can. Of course, you can always complain to companies too! Subway and Coke were listening…