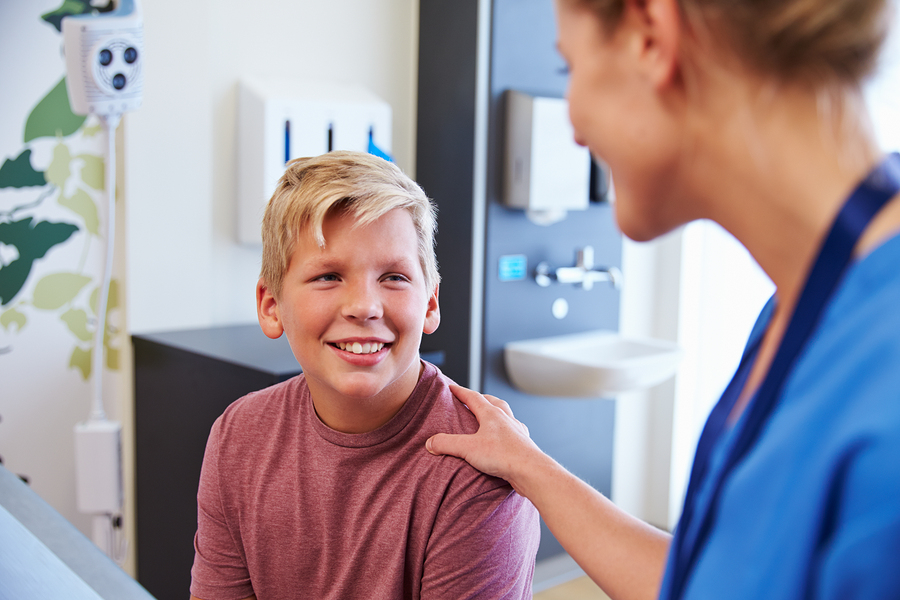 When my doctor’s office called me back a couple weeks following a routine physical, I had a sick feeling of dread.

Cervical cancer!? My mind panicked. But my mouth, fortunately, knew what to say.

Now happened to be a second pap smear to confirm, which also came back with the label “irregular.” Later, I would hear the word dysplasia, which I discovered meant that there were abnormal cells growing on the surface of my cervix. Following the second pap smear, then it was an appointment for something called a colposcopy – something I had never heard of before – which sounded ominous.

I needn’t have worried. As far as medical procedures go, the colposcopy was simple and painless – there’s no preparation required; it’s just an examination of the cervix with a binocular microscope. They take a good, close look, and it only takes a few minutes.

I got off lightly. No biopsy was required, and no repeat colposcopy, either. I just needed a follow-up pap smear. I felt good about the doctor and nurses who were there with me for the colposcopy. They made sure I was comfortable and answered all the questions… at least, the ones that they could.

It wasn’t their fault that I had questions nobody could really answer. You see, I had been diagnosed as having Human papillomavirus (HPV) – which is usually referred to as a sexually transmitted infection (STI) – and I had been faithfully married for a decade.

The first question on everyone’s mind, when they’re in a situation like mine, is: did my partner cheat on me? Mine said no, and I believe him – now. It was tense until I understood this virus better. HPV is a strange virus. It’s “sly,” relatively poorly understood by people, and common as dirt.

Even if my husband hadn’t been faithful, that might not have been how I got HPV.

There are many different viruses that fall under the label HPV – over 100, actually. Many of the HPV infections can lurk undetected for years. Carriers can be completely asymptomatic and still spread the virus. HPV is something that either one of us could have carried from a previous partner… before we ever met one another.

Even if you’re careful about who you have relationships with, your chance of getting it is still high. As much as 70-75% of sexually active women and men – three out of every four people – according to Canadian statistics, will have gotten a variant of the infection in our lifetimes at least once.

Most people’s immune systems will fight the infection the way they would the common cold. These people will never develop symptoms or health problems – they may never realize they’ve had HPV at all. Some women, like me, will only find out because of an abnormal pap. Some unlucky people may go on to develop other problems like cancer.

I was super lucky – now. I still don’t know if I will have to worry about it later. A handful of my female friends? They weren’t. Some have had biopsies, treatments, others have had hysterectomies… and one of my colleagues lost her battle, and passed away.

I wish I could tell you that cervical cancer will never touch your life, but the reality is that you, or someone you know, will likely have a brush with cervical cancer. Solving the problem of HPV would solve a lot of this suffering.

Who wouldn’t want to virtually eliminate certain types of cancer the way we eliminated polio?

It wasn’t an option for me, but since 2007, there’s been a vaccine available for Grade 8 girls to protect against HPV. This September, Ontario has updated the program to begin with Grade 7 girls – and now boys, as well, so that it covers all the youth when the vaccine is most effective according to expert recommendations and evidence from other provinces.

Two doses – that’s all it takes.

If I had known in Grade 7 that two doses of a vaccine could have spared me one of the scariest experiences of my life and weeks of worrying that I was going to hear the word cancer, I would have done it without question.

This isn’t the early days of vaccine research any longer – vaccines are well-tested and regulated by the government. Health Canada has strict guidelines for vaccine manufacture. And while it’s true that there is a small risk of side effects, for the vast majority of us those side effects are no more than that for any other vaccination – perhaps slight tenderness, redness and a little swelling at the site of the injection.

My son is only in Grade 3. But when he’s older, I will happily have him participate in the vaccination program. My husband’s aunt has had polio. My father has had the mumps. I’ve had HPV. We of past generations have seen what “a simple virus” can do, and we know how much a vaccine can do for us. Getting vaccinated doesn’t help protect just him. It will protect the people he loves.

My son getting the vaccine might protect someone you love, too.

In Ontario, physicians and other health care providers are required to report any reactions to vaccines. Adverse reactions are monitored by Public Health Ontario and reported to the Public Health Agency of Canada.

For more information, please visit the Ministry of Health and Long-Term Care’s site in English or French.

This post was developed in association with the Ontario Ministry of Health and Long-Term Care. The opinions of the author are their own.